Activision is hitting this year's Comic-Con in stride with its mega-popular, $2 billion 'Skylanders' franchise. After revealing some brand new figures for the upcoming 'Skylanders Trap Force,' the team is content to revisit the very first game with some premium versions of old toys. 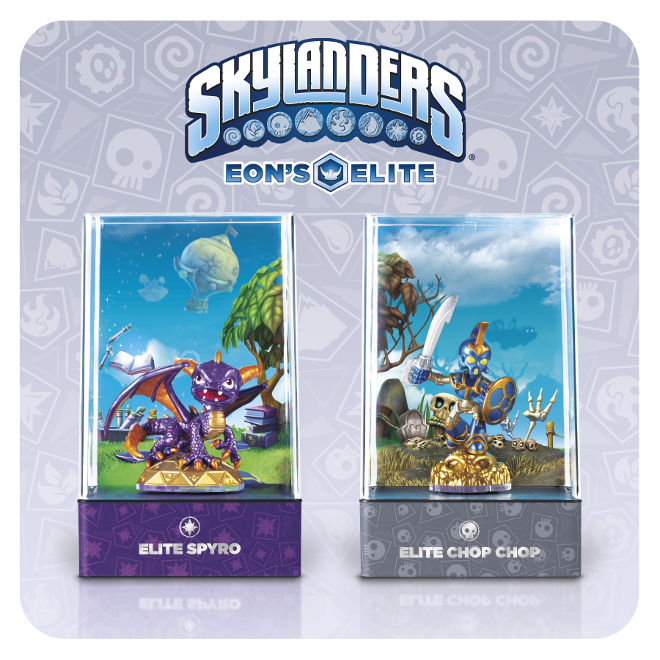 Starting with Spyro and Chop Chop, eight popular characters from the first game are getting a shiny new makeover and limited release. They'll be available "while supplies last" this fall, presumably alongside 'Skylanders Trap Team,' which comes out Oct. 5 for the Xbox One, Xbox 360, PS4, PS3, Wii U, Wii and 3DS.

"Eon's Elite features a never-before-seen decoration with a distinct, metallic finish and a golden base that sets them apart from other Skylanders toys. Each of these special edition toys will be offered in premium foil packaging and also features a display case with a 3D lenticular background. Additionally, when played in-game, Eon's Elite will be up to three times as powerful over other characters, which represents the biggest in-game boosts ever incorporated into a Skylanders toy to date."

You can find the latest info on 'Skylanders Trap Team' linked from our Video Game Release Schedule.