'Batman - The Telltale Series' Continues This Month With 'Children of Arkham'

The episode debuts at PAX West.

Telltale Games have announced that 'Batman - The Telltale Series' will continue later this month. The second of five episodes, 'Children of Arkham' will release September 20th on PlayStation 4, Xbox One and PC. No details were given about what the episode will have in store for the caped crusader, but additional details should become available tomorrow night.

Those who are attending PAX West will be able to attend a Crowd Play event on Saturday, September 3rd. During the event, 'Children of Arkham' will make its playable debut as the crowd will impact the on-screen choices. The event will be hosted by Nerdist's Dan Casey, and takes place at 8:30 PM in the Wyvern Theatre. 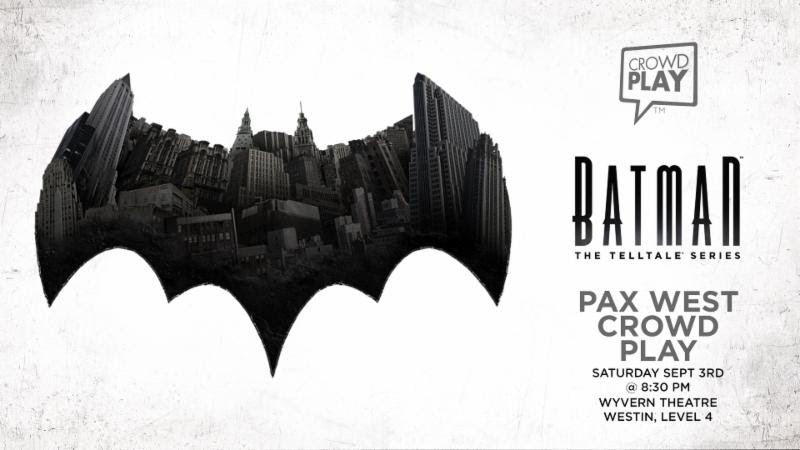 Episode two of 'Batman - The Telltale Series' will release September 20th on PS4, Xbox One and PC. The first episode is available now (check out Levi's review to find out if it's worth buying).