VIZIO's E-Series Ultra HD displays feature Full-Array LED panels with up to 12 Active LED Zones. Additional features include Clear Action 240 technology, an ultra-fast 120Hz Effective Refresh Rate, VIZIO's Spatial Scaling Engine, and VM50 Ultra HD Engine for 4K upscaling. Likewise, the displays include support for the VIZIO SmartCast app on iOS and Android devices. Instead of jumping between apps, VIZIO SmartCast lets users search and browse content by genre across multiple apps at once directly on their tablets or smartphones. A standard IR remote control is included as well. 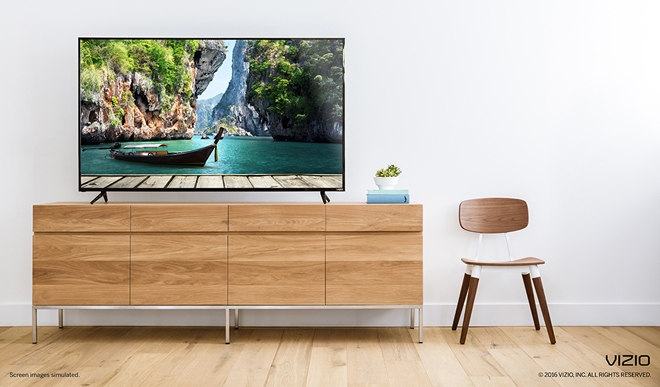 Here's a full rundown of E-Series models eligible for the HDR10 firmware update:

The HDR10 update will automatically be downloaded to supported E-Series displays once they have been connected to the internet. To enable HDR10 playback after the display has been updated, users need to open the VIZIO SmartCast remote control app, tap "Settings," press "Inputs," then "HDMI Color Subsampling," and then enable subsampling for the HDMI port the HDR-enabled Blu-ray player is connected to. VIZIO is also working to expand HDR10 playback support for additional players as they become available in the market.

In addition to the E-Series, VIZIO's SmartCast Ultra HD lineup also includes the M-Series and P-Series with HDR10 and Dolby Vision support.

In addition to the E-Series, VIZIO's SmartCast Ultra HD lineup also includes the M-Series and P-Series with HDR10 and Dolby Vision support.