New OLED innovations have been unveiled.

LG has revealed its latest OLED display technologies. At a recent Korean press event, the company demoed a new OLED panel that can stick to a customer's wall using magnets.

The 55-inch display prototype measures just 0.97 mm thick and weighs only 4.2 pounds. Using a special magnetic mat, the panel can be attached to a user's wall like a high-tech wallpaper. In addition to the magnetic screen, the company also highlighted a convex OLED display geared toward digital signage and announced plans to release an OLED TV as big as 99-inches later this year. 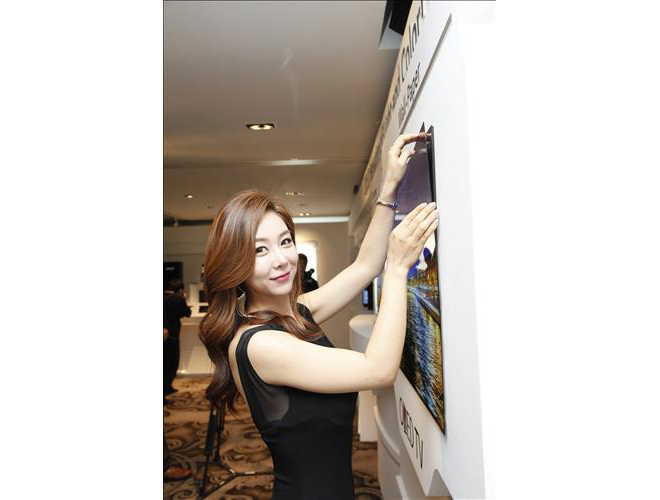