The high seas drama is sailing toward Hulu.

Hulu and Lionsgate have announced a new deal granting Hulu the subscription streaming rights to the STARZ Original series, 'Black Sails.' As part of the agreement, all past seasons of the show are now available to stream through Hulu. Likewise, Hulu will also add the series' current fourth and final season when it becomes available.

Black Sails takes place twenty years prior to Robert Louis Stevenson's classic, Treasure Island, and follows the most feared pirate of the day, Captain Flint (Toby Stephens). The 10-episode fourth season of the historical pirate drama – currently airing on STARZ now - brings fans to the heroic conclusion of the series, and finds the pirates at war in the West Indies. The shores of New Providence Island have never been bloodier, but the closer civilization comes to defeat, the more desperately, and destructively, it will fight back. 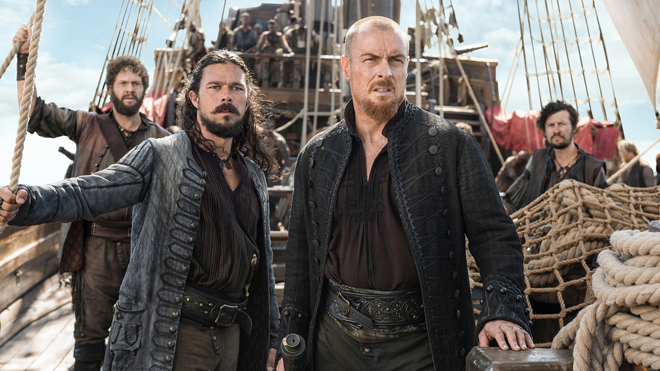