The show's supervillain parents have been revealed.

Marvel and Hulu have announced the remaining cast of their new original series, 'Runaways.' The upcoming streaming show is based on the Marvel comic created by the award-winning team of Brian K. Vaughan and Adrian Alphona.

"This cast is an abundance of riches. We are so excited to have assembled our PRIDE, though for the fate of humanity we should be very concerned…,”" said Executive Producers Josh Schwartz and Stephanie Savage."

Every teenager thinks their parents are evil. What if you found out they actually were? 'Marvel's Runaways' is the story of six diverse teenagers who can barely stand each other but who must unite against a common foe--their parents. 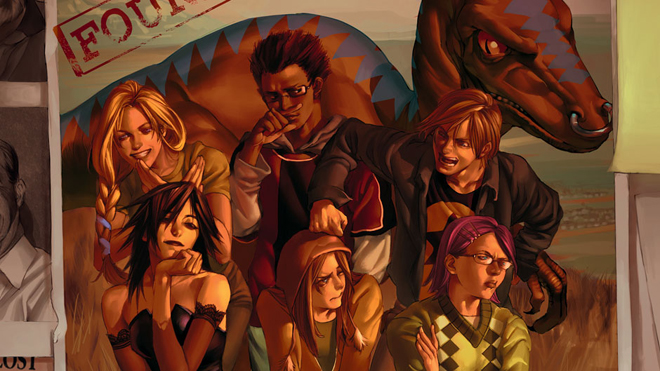 Here's a full rundown of the group of actors set to portray The Pride (the supervillain parents of he show's teenaged leads) per the press release:

Ryan Sands (“Hat Hair,” “The Wire”) as Geoffrey Wilder – is a man defined by the grueling path he’s taken to achieve his self-made success. A hulking presence, Geoffrey can effortlessly shift from approachable father to intimidating strategist with his son Alex.

Angel Parker (“The People v. OJ Simpson: American Crime Story,” “The Strain”) as Catherine Wilder – a successful lawyer, is deliberate and calculating in both her words and actions. But when it comes to her family, she’s fiercely loyal and a loving mother to her son Alex.

Brittany Ishibashi (“This Is Us,” “Teenage Mutant Ninja Turtles: Out of the Shadows”) as Tina Minoru – a perfectionist “tiger mom.” In her professional life, she is a brilliant innovator and ruthless CEO. Emotionally, she is less confident, often shying away from difficult conversations with her daughter Nico and careful to avoid explicit displays of her feelings.

James Yaegashi (“Breakfast at Tiffany’s” on Broadway, “Madame Secretary”) as Robert Minoru – a gentle and brilliant beta, the Woz to his wife’s Jobs. Warm and feeling, Robert sometimes struggles with being married to a woman who so forcefully barricades her emotions while caring about Nico.

Kevin Weisman (“Hello Ladies,” “Alias”) as Dale Yorkes – a beardy, dad-core bioengineer. Incredibly science-minded, he has a deep love for his family but oftentimes falls short at knowing the right things to say to Gert.

Annie Wersching (“Timeless,” “The Vampire Diaries”) as Leslie Dean – a complicated beauty, is a poised and skilled leader. Clear-minded, focused, and charismatic, Leslie draws in devoted allies and followers who are taken by her success and charm, particularly with her daughter Karolina.

Kip Pardue (“Remember the Titans,” “Ray Donovan”) as Frank Dean – a former teen star who rode a short-lived movie career and is now teeming with insecurity. Floundering in his professional career as an actor, Frank is seeking to renew purpose in his life while being a father to Karolina.

James Marsters (“Buffy the Vampire Slayer,” “Angel”) as Victor Stein – an engineering genius who may just save the word from itself. Electric cars, space travel; the military and NASA both look to him for answers. As a father to Chase, Victor has lofty expectations for his son, and when they aren’t met, his retribution can be fierce.

Ever Carradine (“The Handmaids Tale,” “Goliath”) as Janet Stein – a perfect PTA mom. Harboring a brilliant mind of her own, she has made deep sacrifices for her husband’s world-changing career. Though she hides it for the wellbeing of her son Chase, Janet longs for more from her life.

An exact release date has not been announced yet. A current Hulu subscription starts at $8 per month with commercials. In addition, ad-free playback is available for $12 per month.