The upcoming one-hour series will start streaming later this month.

Amazon has announced a premiere date for its latest original show, 'Patriot.' The series comes from ('The Secret Life of Walter Mitty') is set to debut exclusively through Prime Video the US, ,  and

"As smart, compelling and contradictory as the world it portrays, Steve Conrad's Patriot is an incredible comedic drama about the world of modern intelligence," said , Head of Comedy and Drama, Amazon Studios. "Told skillfully and artfully, Steve and the incredible cast have made something truly unique and we can’t wait to bring it to customers soon." 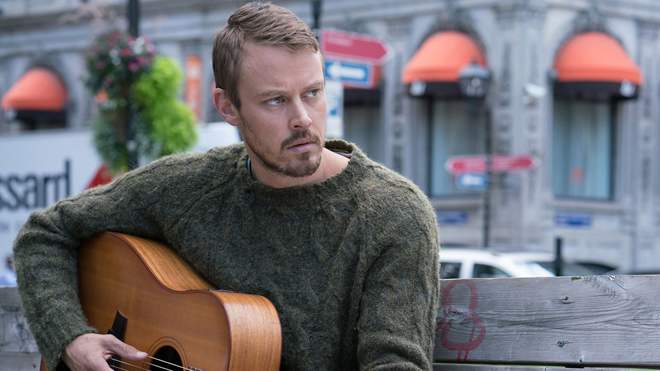 Starring Michael Dorman (Wonderland), Emmy winner Terry O’Quinn (Lost), Kurtwood Smith (That 70’s Show) and Michael Chernus (Orange is the New Black), Patriot follows the complicated life of intelligence officer John Tavner (Dorman). His latest assignment is to prevent Iran from going nuclear, requiring him to forgo all safety nets and assume a perilous "non-official cover"—that of a mid-level employee at a Midwestern industrial piping firm. A bout with PTSD, the Federal government’s incompetence and the intricacies of keeping a day job in the “front” industrial piping company cause a barrage of ever-escalating fiascos that jeopardize Tavner’s mission.

Other upcoming Amazon premieres include 'Long Strange Trip' on May 26. In addition, Amazon has also recently renewed 'Mozart in the Jungle,' 'Red Oaks,' 'Sneaky Pete,' and 'The Man in the High Castle' for new seasons. Likewise, the streaming service has announced a new series titled 'Britannia' for 2017, started development on 'Tom Clancy’s Jack Ryan,' ordered a 13 episode documentary series called 'American Playboy: The Hugh Hefner Story,' announced an additional docuseries titled 'Novak' about tennis player Novak Djokovic, revealed plans to develop a series inspired by 'The Departed,' renewed 'Catastrophe' for a third and fourth season scheduled for 2017 and 2018 respectively, renewed 'One Mississippi' for a second season, greenlit a limited series based on the novel 'Good Omens,' and ordered new shows from Matthew Weiner and David O. Russell.

A current Amazon Prime subscription costs $99 per year or $11 per month. Likewise, Prime Instant Video is available as a standalone service for $9 per month.