The upcoming documentary series will focus on the world’s number one tennis player.

Amazon has greenlit its latest original show. 'Novak' (working title) will follow the famed tennis player through the 2017 season, examining what drives and motivates him on and off the court.

"There are not enough superlatives to describe , one of the most accomplished, multi-dimensional, exciting and captivating athletes on the planet," said , Head of Unscripted,  Originals. "Prime members will get an intimate look at the mind and life of a world champion, husband and father, as well as the incredible group of individuals that make up his team." 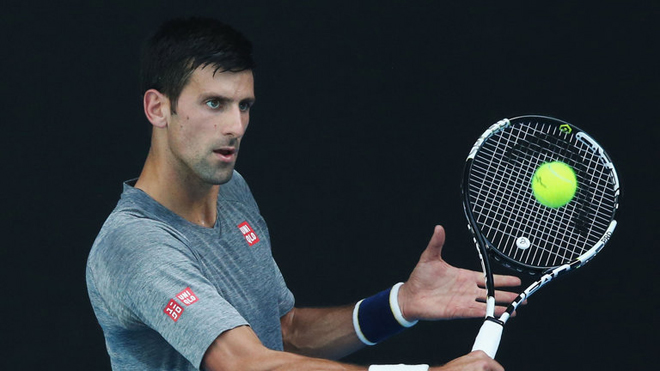 Based on a concept by Alberto Scarpetta and Novak Djokovic, the series will give an unprecedented inside look into the life of a tennis legend over the next tennis season, including his professional life on and off the court—his mental and fitness routines and commitment to healthy food rules and habits—as well as his work in education reform with the Novak Djokovic Foundation and charities such as UNICEF, trips to his hometown in Serbia and even his daily journal entries. Featuring everyone on "Team Novak," the series will give viewers access to an incredible journey of growth and discovery in the making of a man and tennis legend.

"Passion, perseverance, commitment and self-awareness are key elements of a champion, but these are impossible to maintain without strong support around you. I am fortunate to have the support of both a caring family and a strong team working with me," said . "My fans have been suffering and celebrating with me from the very beginning of my career on the tennis courts and now I want to share with them all my daily life and what’s important to me—my values, my beliefs, and my habits—and also introduce to them all the amazing people that are always next to me."

An exact release date has not been announced yet, but 'Novak' will premiere exclusively through Amazon Prime Video in the US, , ,  and A current Amazon Prime subscription costs $99 per year or $11 per month. Likewise, Prime Instant Video is available as a standalone service for $8 per month.

An exact release date has not been announced yet, but 'Novak' will premiere exclusively through Amazon Prime Video in the US, , ,  and A current Amazon Prime subscription costs $99 per year or $11 per month. Likewise, Prime Instant Video is available as a standalone service for $8 per month.