Easy Rider (1969) is rumored to have a release date of December 2, 2019 in the UK, and we have an Amazon UK link for the pre-order. One can expect an official announcement shortly from Sony with more details. If they maintain a similar release date structure in the U.S. you can expect to see it before Christmas, possibly even as early as December 3rd.

You can find the latest specs for Easy Rider from our 4K release schedule where it is currently listed under Dec 2, 2019. 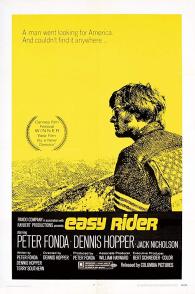