I dreaded this. I knew going in that the finale of the ‘X Files’ revival would tie directly to the awful season premiere episode. Somehow, despite setting my expectations as low as possible (is there something lower than rock bottom?), it’s even worse than I expected.

I’ll refrain from calling ‘My Struggle II’ (even the title is lame) the worst episode of ‘The X Files’, only because I remember how unwatchable the original (Season 9) series finale was. It’s not too far removed from that, however.

We start with Scully narrating a cursory recap of her character arc over the course of the series on top of a really inane montage of “photographs” (really still images from various episodes, during which there could not have been anyone taking photos of her). At the end of it, in an astoundingly cheesy visual effect, Scully morphs into an alien. No, we’re not supposed to think she really has morphed into an alien. It’s metaphorical or something. Whatever, it’s stupid.

Instead of “The Truth Is Out There,” the episode’s opening credits close with a definitive proclamation of “This Is the End.” Don’t believe it. The episode will not hold true to that conviction for the entire hour.

Scully arrives in the office looking for Mulder, but he’s not there. Tad O’Malley (Joel McHale) has gotten his podcast back online, and he’s spewing a new conspiracy theory about how alien DNA has been implanted into virtually every American citizen via small pox vaccination shots.

Oh geezus, Chris Carter is an anti-vaxxer, isn’t he? Ugh.

O’Malley calls the office trying to reach Mulder. When Scully answers, he asks her to come to Mulder’s house, which he found ransacked.

Scully tells Asst. Director Skinner that Mulder is missing. (By the way, what’s the deal with Mitch Pileggi having almost no screen time in this revival? I think he has about five lines of dialogue the entire season.) She and Agent Einstein (Lauren Ambrose) then go to the hospital where Scully sometimes works and bump into a patient with a disturbing wound on his arm right where a vaccination shot would have been given. Einstein thinks the alien DNA story is a bunch of hooey. Scully tells her about what she found in her own DNA. She then takes a blood sample from Einstein for testing and fully expects to find alien DNA in it. In a classic line of overwritten Chris Carter dialogue, Scully tells her, “The science that we were taught takes us but a distance from the truth.” I guess that’s supposed to clue us in that Scully has abandoned her ‘skeptic’ mode.

Tad brings a doctor onto his podcast to rant about a global pandemic that’s on the verge of wiping out the human race. Based on nothing, Scully is fully on-board with this story and starts panicking. Without doing any testing at all, she concludes that the guy with the arm wound was exposed to anthrax. She theorizes that the alien DNA (which, again, virtually every American citizen supposedly has) turns off human immune systems and leaves the victims vulnerable to any and every viral or bacterial infection in existence.

Where’s Mulder in all this? We find him in a car, looking like he’s had the crap beaten out of him, driving to Spartanburg, South Carolina. He ignores calls from both Skinner and Scully, but doesn’t get rid of the phone. This conveniently allows Agent Miller (Robbie Amell) to locate him using a Phone Finder app that Mulder happened to have installed on his work computer and left himself logged into.

Scully receives a mysterious phone call from a familiar voice asking to meet. It’s former X Files substitute agent Monica Reyes (Annabeth Gish). Sitting under a couple of umbrellas in the rain, Reyes tells Scully where she’s been and what she’s been up to over the past decade.

In a flashback, we learn that Reyes was brought to meet the Cigarette Smoking Man (William B. Davis), who survived being literally blown up by a missile. Although suffering some nasty burns all over his body, CSM was expected to make a full recovery. He didn’t seem overly distressed about his condition. He informed Reyes that a secret cabal was planning to use alien technology to depopulate the Earth, except for a handful of selected “Chosen” who would be handpicked to survive. If she wanted to be among the chosen, she’d have to leave the FBI and work for him as his assistant, which mostly entailed lighting cigarettes and holding them in his tracheotomy hole for him.

When the flashback is over, Reyes says that Scully is also among the protected chosen elite. Apparently, CSM is awfully fond of her.

One more, briefer flashback shows us what happened to Mulder leading to his present state. CSM sent an assassin to his house. Fortunately, in between Season 9 and now, Mulder found time to become a master in Mixed Martial Arts. He and the assassin tussled and beat the hell out of each other all through the house. Eventually, Mulder won. With that out of the way, Mulder made a car trip to South Carolina to pay CSM a visit.

You’d think the most evil man in the world might have some security at his house or something, but no, he’s alone and Mulder walks right in with a gun. CSM is pleased to see him. The assassin was an “invitation” he knew Mulder would accept. To explain why he’d want to kill off almost the entire world population, CSM gives a Talking Killer rant about climate change and how destructive our species is. He offers to save Mulder so that together they can start the world anew. Mulder refuses.

On his latest podcast, Tad O’Malley blathers some nonsense about chemtrails spreading aluminum or something incomprehensible that Chris Carter no doubt takes very seriously.

After thinking on it for a bit, Scully realizes that it isn’t alien DNA making people sick. The alien DNA inside her is the reason she hasn’t gotten sick. It’s the cure.

But… hold on… I thought that “virtually every American citizen” has alien DNA in them? So why would anybody get sick? Hasn’t everyone effectively been inoculated?

I guess not. The so-called Spartan Virus spreads rapidly. The world is falling apart. The doctors at the hospital and Agent Einstein get sick. Scully uses a sample of her own blood to create a vaccine, which she whips up in about a half hour and gives to Einstein without running any test trials or waiting for FDA approval.

We cut back to Mulder and find him dying. CSM gloats and removes a prosthetic to reveal a big hole in his face. Why does he feel the need to show this to Mulder? I don’t know, to demonstrate how evil he is, I guess.

Agent Miller finds Mulder and puts him in the car to drive him from South Carolina back to Washington, D.C. That’s about a ten minute drive, right? 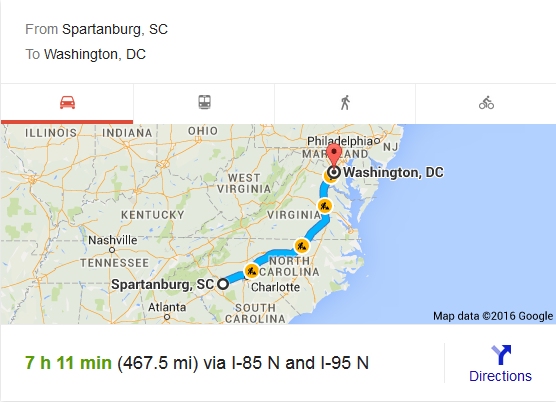 Miller calls Scully to tell her that he has Mulder and is on his way back. Scully drops everything she’s doing and runs outside, where she finds a small crowd of people milling around. One guy tosses a trash can through a window to show us that looting has begun… or maybe he just watched ‘Do the Right Thing’ and felt like acting out the ending. Scully tsk-tsks the crowd and tells them to go to the hospital to get cured. They thank her and do as she told them.

Scully hops in her big SUV and has no problem at all weaving through what’s supposed to be a chaotic traffic jam but looks kind of like a light rush hour. She finds Miller and Mulder on a bridge, takes one quick look at Mulder and immediately diagnoses that he’s too far gone for her cure and needs a stem cell transfusion (WTF?) from the child they had together – apparently forgetting that baby William would be a teenager now.

Suddenly, a giant UFO descends from the sky, hovers over Mulder’s car, and shines a light down. The episode ends with a close-up of Scully’s eye looking up.

Holy hell, this is terrible. I don’t even know where to begin here. Nothing about this episode works. On every level, from the writing to the acting to the directing, it falls flat and feels completely false.

We keep getting told over and over again by Tad O’Malley and Scully that a global pandemic is crippling the planet, but there’s no sense of mass panic or much of anything happening outside the walls of Scully’s hospital. The only “news” source covering this alleged apocalyptic disaster is the conspiracy theory nutbag podcast. And Tad’s line about the mainstream media ignoring the event is laughably ignorant of the way that the 24-hour cable news cycle conflates every mild flu outbreak or isolated shark attack into nonstop End of Times fearmongering.

After all is said and done, the show closes on a stupid cliffhanger with no real ending, even though there’s no indication that David Duchovny or Gillian Anderson want to return for another season.

Just as happened the first time around, Chris Carter is the worst part of his own show.

Now that it’s all wrapped up, this new ‘X Files’ revival amounted to one really great episode, three with mixed results, and two outright turkeys. I said in my recap of the third episode that I would forgive the show any sin for giving me that one little slice of perfection. I still feel that way, and am overall glad to have this mini season if only for that reason. Still, when it’s bad, the show can be really just dreadful. Sadly, that’s how it ends. Again.