Back when ‘The Walking Dead’ started its two-and-a-half-month hiatus, I put together a Character Guide for the Grimes family. We talked about each character’s chances of survival, and how they might die. With the show starting up again on Sunday, I’d like to take a look at other members of the cast, starting with the rest of the camp.

Besides the Grimes family, the camp of people that have been palling around together through the first couple of seasons are a pretty eclectic bunch. Even though we’ve come to know these characters intimately since they’ve been around from the beginning, the truth is that any of them can become zombie chow at any moment. They’re not as crucial to the story as Rick and his family, which doesn’t bode well for their overall survival rates.

So, which character is the most likely to get chomped when the show returns? Let’s take a look: 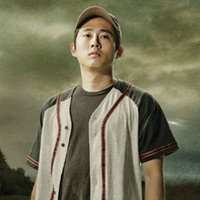 Character Introduction: Glenn is an all-around nice guy. In the first season, he rescued Rick from sure death as a horde of hundreds of zombies closed in around the tank that Rick concealed himself in. He’s done just about every dirty job imaginable and doesn’t complain. Truthfully, this is his weakness. He’ll do anything for anyone, and that may just end up being his demise.

Chances of Survival: 45%. While Glenn is the likable character that everyone gravitates towards, I don’t see him lasting long if he continues down this path of helping everyone all the time. He needs to start looking out for himself. I mean, he allowed himself to get lowered into a well with a hungry Walker at the bottom. Choices like that don’t usually bode well for life expectancy.

Likely Death Scenario: Glenn becomes Walker food one of two ways. Either he says “yes” one too many times and winds up getting bitten and then infected, or he’s caught in the middle of having sex with Maggie and gets chomped. Either way, I just don’t think Glenn survives much longer. 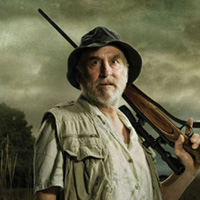 Character Introduction: He’s the friendly but quietly domineering grandpa figure. On the one hand, he’ll be your best buddy. On the other, he’ll constantly shove his unattainable ideals down your throat. He always believes that he’s doing the right thing, even when he’s actually getting in the way. He’s by far the most annoying character on the show. I’m just waiting for Carl, or someone, to yell “Shut up, old man! There’s zombies running around. We don’t have time to sit around the campfire singing Kumbaya and loving each other.”

Chances of Survival: 60%. Dale comes out a bit better when predicting whether he’ll survive the zombie apocalypse or not. Why? Because he sits on top of the Winnebago all day long, and only gets down to lecture people. If you stay out of zombie reach, you have a good chance of not becoming zombie dinner.

Likely Death Scenario: The group runs into a group of riotous zombies who’ve learned how to topple vehicles by banding together and shaking them like their team had just won the Superbowl. They line up, push the motor home over, and enjoy some well-aged man meat. (I know, I was laughing too when I wrote that phrase.) 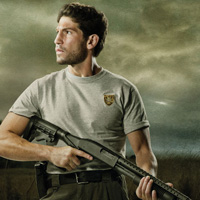 Character Introduction: Shane doesn’t need much of an introduction. I like to refer to him as the guy who has it all right. I’m behind Shane 100%. He’s the only member of the group thinking remotely clearly. We’ve come to a point where it’s survival of the fittest. When everyone else is trying to build a lovey-dovey hippie commune, Shane realizes that there are monsters out there that want to eat them. Being nice and cordial should be the last thing on the list. Let’s arm ourselves to the teeth and go out with guns blazing. I like Shane’s train of thought.

Chances of Survival: 70%. The problem with television shows like this one is that they tend to carry heavy karmic weight. Do bad things and bad things will likely happen to you. While I think Shane has a good chance of surviving because he’s a perfect contrast to Rick’s overly optimistic attitude, I worry that the writers may try to appease the Shane haters by killing him off at some point.

Likely Death Scenario: There’s no question that Shane is riddled with guilt for boinking his best friend’s wife. He hides it well with his anger, but the guilt is there, boiling just underneath the skin. It’s very possible that Shane dies while trying to save Lori or Carl from a hungry horde, sacrificing himself in a fashion that would totally redeem his up-to-then angry behavior. 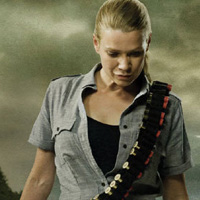 Character Introduction: She’s the most mentally unstable of the bunch. She wanted to die at the end of the first season, but fell victim to Dale’s overreaching, and sometimes unwelcome, generosity. Now the thought of suicide is always in the back of her mind whether she wants to admit it or not. Seemingly to take her mind off of the crappy parts of her life, Andrea has shacked up with Shane, who’s also trying to forget.

Chances of Survival: 35%. The combination of man-eating zombies and an already suicidal mind pit two life-ending situations against Andrea. That doesn’t make for good odds.

Likely Death Scenario: Like Lori, I don’t think Andrea meets her demise by zombie. Rather, I think she finds a way to off herself with a last second decision. Whether it’s a gun, explosion or some other way of dying, I think that Andrea meets her maker by her own hand while Dale watches aghast. 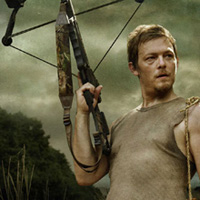 Character Introduction: The hillbilly of the group was just starting to get along with everyone until he started seeing his dead brother in hallucinations. Now he’s been shot by Andrea, and he was never able to find the missing girl. Daryl certainly isn’t having a great time as of right now.

Chances of Survival: 70%. Daryl has a good chance of living for a few reasons: He make us to want to see if we ever encounter his one-handed brother Merle along the way, and he’s great for some Sawyer-like comedic relief. He knows how to take care of himself and to survive even if he were to get lost in the woods for days. Plus, it seems that whenever zombies attack him, they go for his delicious-tasting boots first.

Likely Death Scenario: Couldn’t you just see Daryl running into a group of zombies and taking as many with him as he possibly can? That’s how I see Daryl going out. He’ll just come to a point where he doesn’t care anymore, get pissed and start blowing away as many Walkers as possible before they overwhelm him. That, or in the cruelest of coincidences, he meets up with a zombified Merle somewhere down the line and can’t bring himself to kill his brother. Merle walks closer and closer as Daryl starts crying, loses it, and allows his putrefied brother to start chomping away on his skull. Either death would be awesome. 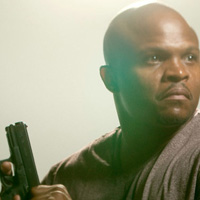 Character Introduction: He’s been the character with the least amount to do in Season 2. Ever since he opened up a wound on his arm in the first episode, which should’ve been his demise right there, T-Dog has found himself walking around camp with a giant bandage and not doing much else.

Chances of Survival: 25%. T-Dog has a lot of things going against him. Mostly, if he’s such a klutz that he could cut himself that severely, then he doesn’t stand much of a chance when the Walkers start closing in around him.

Likely Death Scenario: While fixing his arm bandages, a few Walkers sneak up on him and dine on his entrails. One way or another, that wound on his arm will be his undoing.