With ‘Moneyball’ and baseball playoffs in full swing, sports are still on my brain. So, for this week’s “One from the Vault,” I went looking for a sports movie that I hadn’t seen yet. ‘The Winning Season’ caught my eye – especially since the movie is less than three-years-old and still without a Blu-ray release. Color me curious.

Upon further investigation, ‘The Winning Season’ made the festival rounds in early 2009 and wound up with a limited release in September of 2010. I suppose, with this genre being so well worn and with little backing, the movie basically got swept under the rug. Writer/Director James Strouse received a little acclaim in 2007 with a John Cusack film called ‘Grace is Gone’. Unfortunately, critical respect, Sam Rockwell and Rob Corddry don’t necessarily add up to a big release.

That’s unfortunate, because I truly enjoyed this film. My wife is a huge fan of formulaic sports movies, and I am not. But this was billed as a comedy and I love Sam Rockwell, so we gave it a shot. Rockwell plays a small, vulgar man named Bill, who has fallen on hard times. Bill used to coach basketball, but something went wrong. Now he’s washing dishes at what looks like a T.G.I. Friday’s. When his old high school classmate turned school principal shows up to offer him the job of coaching girls’ basketball, Bill isn’t quite so sure. He’s divorced and his daughter plays ball. But anything would be better than washing dishes, so he quits and takes the gig. You know how the rest of the movie goes.

There are montages, pregame speeches, and shots coming down to the last seconds of the game. This movie mostly plays by the rules. However, it will occasionally turn the clichés on their heads, usually to very funny results. There’s a lot of drama, and some of it is pretty bleak. In fact, this is probably one of the most dramatic “comedies” I’ve seen. It’s in the same comedy vein as teen pregnancy kind of funny. Ok, I didn’t really find ‘Juno‘ funny at all either, but ‘The Winning Season’ is on the serious side of comedy involving alcoholism, broken families, racism and the triumph of the human spirit. My only real issue with the film has to do with how preachy some of the morals or lessons come across. I suppose that since none of the rest of the film is that subtle, why should its values be? 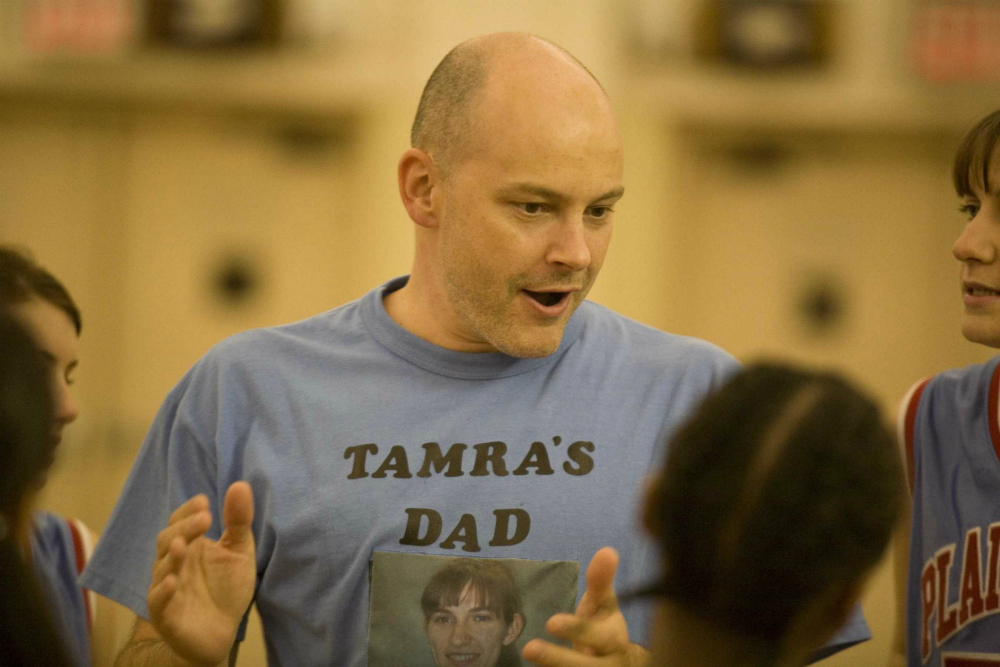 The acting is superb. Sam Rockwell is his usual awesome self, and when he gets to be funny, he’s even better. Recent Emmy-winner Margo Martindale (I remember her most from ‘Dexter’) is also a very welcome addition. Even all of the high school girls are appropriately awkward and endearing. Perhaps James Strouse is that good of a director, but you can hardly detect his directing. His actors certainly look like they made it easy for him.

How does this movie look streamed in HD from our beloved Netflix? Like crap. I can’t recall watching a DVD that looked this awful. Grain is present in every scene. Flesh tones are way off, colors are washed out, and blacks are murky with almost no detail at all. Some scenes are so bad they look like someone somehow underexposed a VHS copy of ‘The Toxic Avenger’. I may seek out the DVD to rent just to see if this independent film really looks this bad. But, wow, you certainly won’t be blown away by the presentation. I will admit that, while the condition of the image is mildly distracting, the movie is still worth watching despite these shortcomings.

OK, so a serious comedy that looks like poo. I’m giving y’all the hard sell, eh? Despite all that, this sports movie is a keeper. Sure, it can be a bit dramatic, but the laughs and the heartwarming story make this one a winner. If you’re a fan of Sam Rockwell or this genre, I highly recommend it.

(The following YouTube video is actually a 40-second bit of a scene. Check it out, and you’ll get the picture. The official trailer is one of those cram-in-every-funny-moment types of preview, so I didn’t include it.)