It’s Halloween and you probably haven’t seen a good werewolf movie in a long while, have you? Prefer werewolves with more bite and less than 28 rippling abs? Sure you do. In that case, it’s time to pop the corn, dim the lights, fire up Netflix and catch ‘The Howling’ in HD.

I have three favorite werewolf flicks: ‘An American Werewolf in London‘, ‘Dog Soldiers’ and ‘The Howling’. They all have their flaws, but my only complaint for ‘The Howling’ is [Spoiler Warning] that the wolves don’t need a full moon for their transformation [End Spoiler]. However, for my money, ‘The Howling’ is the best all-around werewolf movie ever made. For 1981, this was a damn fine special effects picture. Speaking of effects, this one is listed as having the one and only Rick Baker as special makeup effects consultant. In case you didn’t know, Baker won the Academy Award for Best Make-up for ‘An American Werewolf in London’ the very first year that the award was offered. Combined with plenty of scares and werewolf action, this low budget horror film was a pretty big hit thirty years ago. 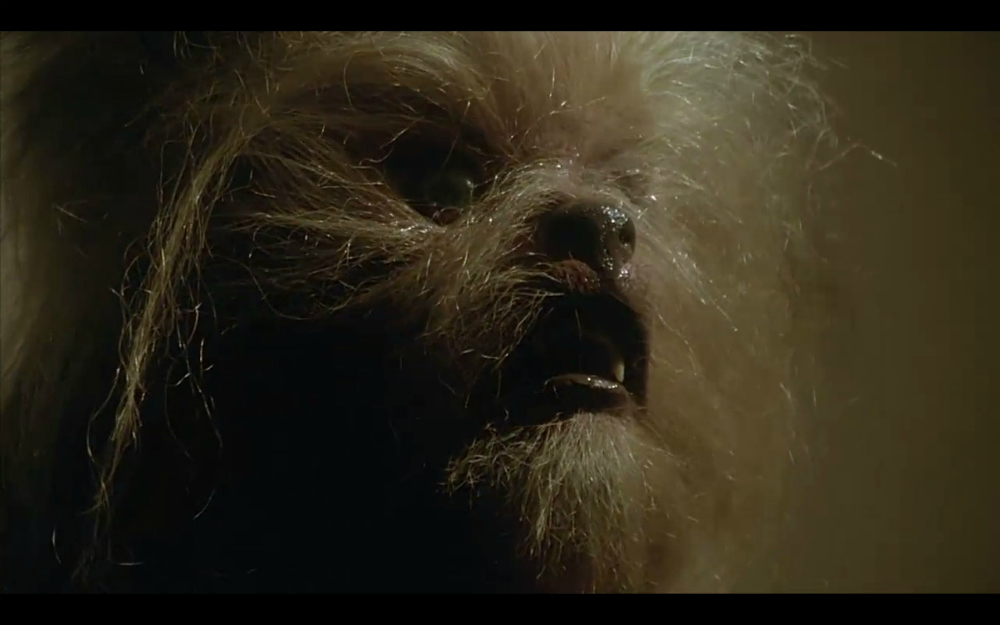 A serial killer who savagely murders his victims in an animalistic manner is stalking TV reporter Karen White (Dee Wallace). When the killer contacts Karen, she teams with law enforcement to bring him down. Unfortunately, as these things usually go, the bug she wears doesn’t quite work and Karen narrowly escapes the ordeal. This traumatic experience leads her doctor to suggest a getaway to a lovely little resort called “The Colony.” When she and her husband show up, it turns out that everyone there is a werewolf and the getaway isn’t so relaxing. Complete with werewolf fodder, sexy werewolf seductresses (yup, some ’80s-style T&A) and silver bullets, this one has it all.

‘The Howling’ was written by veteran screenwriter John Sayles (‘Piranha’ [1978], ‘Alligator’, ‘Brother from Another Planet’) and another fellow by the name of Terence H. Winkless. Joe Dante, who has made a handful of fun movies including ‘Gremlins‘ and Innerspace’, handled the directing duties. The film also stars some truly prolific actors. Dee Wallace has 188 titles to her name according to IMDb. During the ’80, she was in everything from ‘The Stepford Wives’ to ‘The Hills Have Eyes’ to ‘E.T.’, ‘Critters’ and ‘Cujo’. The movie also stars Patrick Macnee (161 titles), probably best known for ‘The Avengers’ and ‘The Prisoner‘ TV shows, Kevin McCarthy (204 titles), John Carradine (340 titles), Slim Pickens (169 titles) and even Robert Picardo from ‘Star Trek: Voyager’ (163 titles).

So how does this ancient low-budget flick look? Eh, it’s about 50/50. Well-lit scenes look almost high definition, with good colors and flesh tones and plenty of detail. Dark and poorly-lit scenes are nearly devoid of detail and are full of grain, which is too bad since most of the action happens in these areas. While not the greatest of high-def presentations, this is surely passable for a movie of this age and original quality.

[Another Spoiler Warning Here: This trailer gives away an important moment in the movie. This one is for nostalgia purposes only.]