It seems like a slew of ’80s flicks are still staggering around looking for the high definition treatment. Thank goodness for Netflix and its HD streaming. Eddie Murphy and ‘The Golden Child’ have never looked better, but is that really saying much? My kingdom for proper Blu-rays of some of these titles! 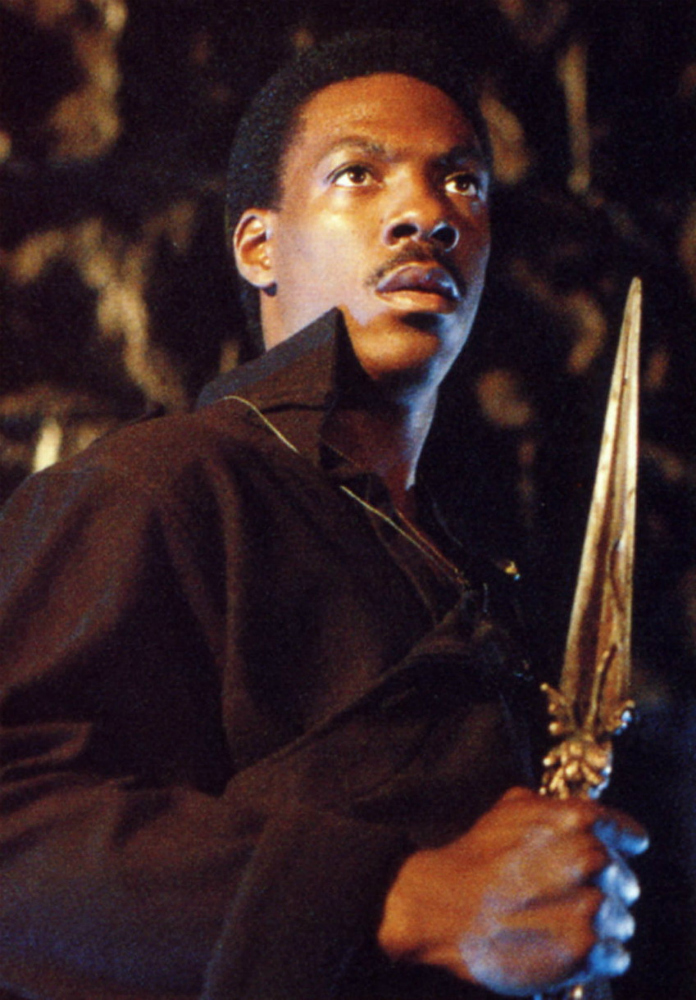 ‘The Golden Child’ is another fish-out-of-water role for Eddie Murphy, and it’s one of my favorites. There’s just something special about Murphy in his heyday, where bits of his hilarious performances on ‘Saturday Night Live’ and in stand-up routines sneak out onto the big screen. I find it interesting that his early films’ simple formula, and Eddie Murphy’s bread and butter, hasn’t really worked for him in quite some time. You know, it’s the Jackie Chan formula of a plot line so thin you can only hang action sequence upon action sequence on it.

But I love it all: The ’80s music, complete with heavy synthesizers, drums and guitar riffs. The ’80s B-movie heroes (Victor Wong, James Hong, Randall ‘Tex’ Cobb, Peter Kwong). The ’80s product placement. OK, I’ll admit, the ’80s hold a special place in the movie section of my heart. As for Murphy today, I’ll admit that I do have cautiously optimistic hopes for his Ben Stiller pairing in the upcoming ‘Tower Heist’.

‘The Golden Child’ borrows heavily from ‘Big Trouble in Little China‘ (including a few of its stars). The movie is about a regular guy who receives the hero’s call, complete with a prophecy. Beautiful Kee Nang begs for help from “finder of lost children” Chandler Jarrell (Murphy) in locating the kidnapped “Golden Child.” This special child is only born once every 3,000 years, and if the evil bad guys kill him, Earth will become Hell. Find the child, defeat the evil demons who posses him, and keep the world safe – Piece of cake.

Other than Eddie Murphy, the aforementioned supporting actors and Charles Dance (playing the main antagonist), there really isn’t anyone else of note in this flick. However, ’70s and ’80s essential director Michael Ritchie helms this one. You might know Ritchie from films like ‘The Bad News Bears’, ‘Fletch‘, ‘Fletch Lives’ and ‘Wildcats’.

A quick side note with two weird bits of trivia: 1) Ritchie bought the house that Marilyn Monroe died in, and 2) Both Ritchie and Victor Wong died in 2001. Huh.

So, how’s it look? It’s beginning to seem like until we get full-on HD remasters of all of these catalog flicks, they will all look the same on Netflix. That is to say, the movie looks about as good as a decent DVD, with the occasional shot that’s really crisp and truly HD. Some scenes will have a lot of grain and a general fuzzy look, but on the flip side, you’ll also get a scene where Murphy or Dance’s black leather jacket just snaps with detail. It’s certainly not the worst “HD” stream I’ve ever seen, but not the best either.

‘The Golden Child’ is a must for any fan of Eddie Murphy or the ’80s.