The Sundance Film Festival opened late last week. By the time you read this, I should have (hopefully) already seen a few movies. I’ll have coverage and reviews of those coming up soon. In the meantime, here’s a look at what’s playing in the festival’s Premiere category.

The Premiere category at Sundance always seems a little less indie than the others. Maybe that’s because quite a few of the movie already have distribution deals, or that they feature big name actors and directors. Whatever the case, the Premiere category still draws huge crowds at the festival and is the best bet for what you may see in a theater near you in a couple months. There are 16 films in the Premiere category this year:

John C. Reilly is fast becoming a Sundance staple. At last year’s fest he was featured in ‘Cyrus‘ and ‘The Extra Man‘. This year he’s also in two movies. One of them is in the Dramatic Competition called ‘Terri‘, and the other is this premiere entitled ‘Cedar Rapids’. Reilly stars alongside Ed Helms in this movie about insurance agents who use a convention in Iowa as a Vegas-like trip. 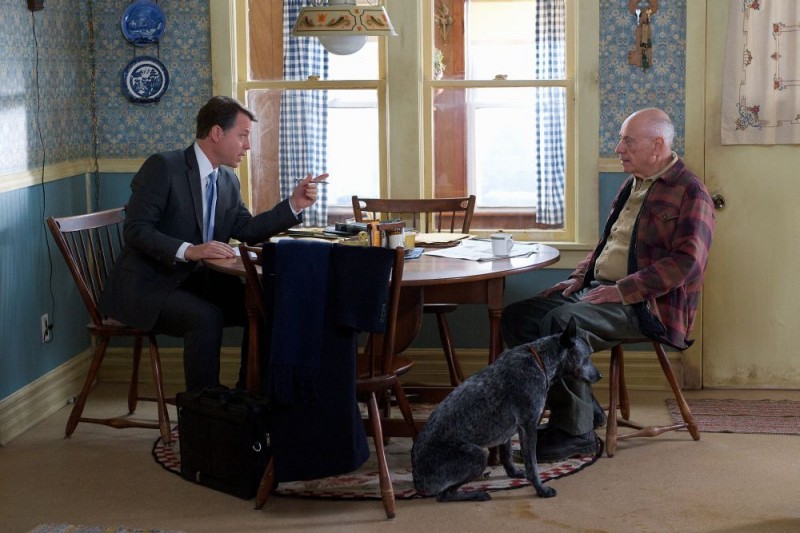 Greg Kinnear and Alan Arkin lead this cast for another movie about an insurance agent. Kinnear plays a conniving agent who will stop at nothing to dupe an old retiree out of one of his most precious possessions. 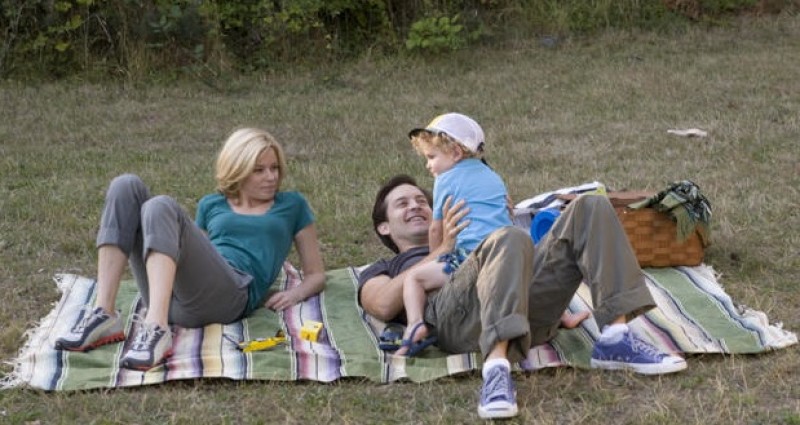 A whole host of familiar faces pop up in ‘The Details’, including Tobey Maguire, Elizabeth Banks, Ray Liotta, Laura Linney, and even Dennis Haysbert. The only thing that was needed to sell me on seeing this movie is the synopsis given on Sundance’s own website: “It all started with the raccoons… When Jeff tries to eradicate these meddlesome vandals, his efforts initiate a bewildering chain reaction involving a crazy cat lady, multiple infidelities, extortion, organ donation, and somebody on the wrong end of a bow and arrow.” Seriously, what else do you need? 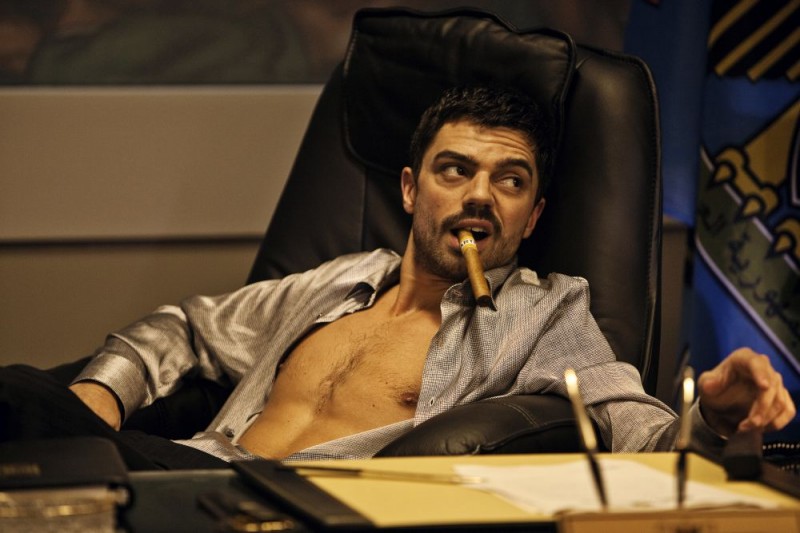 This movie promises to be one of the more dramatic films of the category. The story recounts the real-life events of one Latif Yahia, who was at one time a lieutenant in the Iraqi army hired to become a stand-in double for Saddam Hussein.

Sometimes there are movies at the festival that just look far too silly for their own good. ‘Flypaper’ is really sticking out like that. Maybe it’s the inclusion of Patrick Dempsey, or the candy-colored buffoonish production stills that have been issued, but I just can’t get myself really pumped about a movie with Dempsey facing down a gang of bungling bank robbers. Who knows, maybe it’ll surprise me, but I’m not holding my breath. 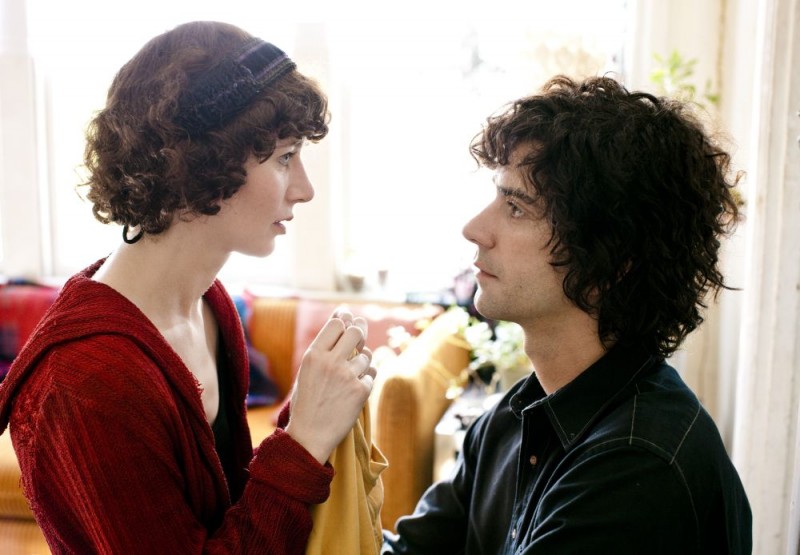 This is one of those movies that looks just indie enough that it will probably get that sought-after festival cred if it ends up doing well. Without any big name stars, this is a story about two people who drastically change their lives by quitting their jobs and cutting themselves off from the information superhighway. Who knew these actions would end up bending space and time? I sure didn’t.

I Melt with You

More well known stars. This time we’ve got Jeremy Piven, Thomas Jane, and Rob Lowe. The description of the movie makes it sound sort of like an indie version of ‘The Hangover‘. Four friends who all have family lives of their own get together for one night of wild debauchery and shenanigans.

Life in a Day

Now here’s a movie I’m very interested in. It’s a documentary about a day in the life of Earth. Produced by Ridley Scott and directed by Kevin Macdonald (‘State of Play‘), ‘Life in a Day’ chronicles the lives of people all over the world as they were recorded on July 24, 2010. To make matters even sweeter, this is a movie that even those people who aren’t attending the festival can watch. When the movie premieres at Sundance, people all across the world will be able to watch a simultaneous premier of it on YouTube. 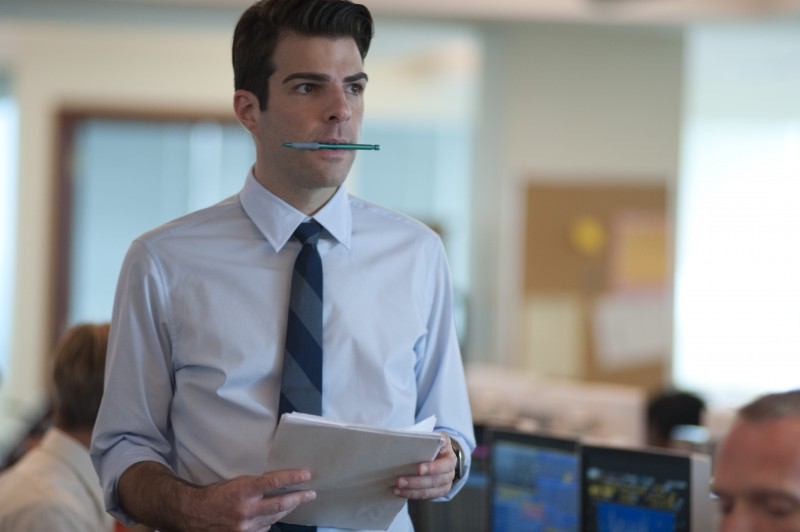 We all knew movies like this were inevitable once we got through the tough financial collapse. ‘Margin Call’ stars Kevin Spacy, Zachary Quinto, Paul Bettany, Jeremy Irons, Stanley Tucci, and Demi Moore. It tells the story of the financial collapse from inside the financial industry. It shows what happened those fateful 24 hours before everyone realized America’s economy was going straight down the crapper.

J.K. Simmons and Julia Ormond star in this movie about a man whose brain has been ravaged by a tumor. The only way he’s able to connect with the world coherently is by listening to classic rock music. 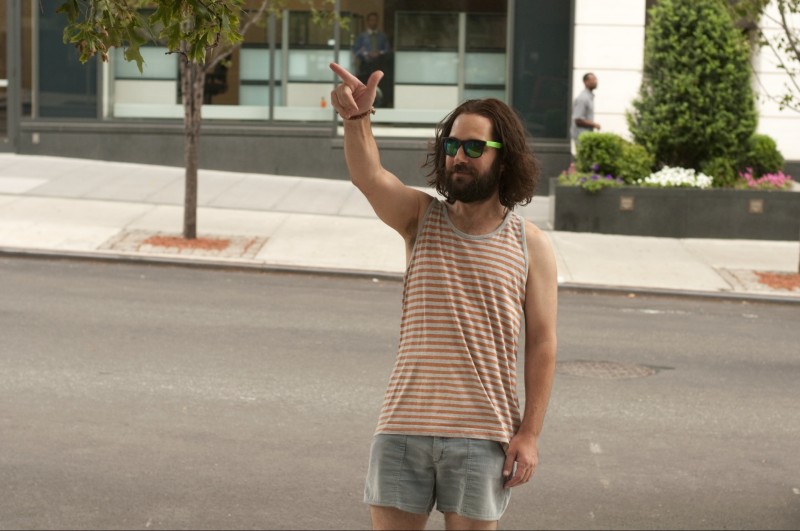 I can’t say that I’m used to seeing Paul Rudd looking like a long-lost member of the Manson family, but it’s an interesting change for him. He’s always so cleanly shaven with his everyman good looks that it’s weird to see him hippie-fied. Rudd plays Ned, a well-meaning but unlucky man who just can’t catch a break. After he accidentally sells pot to an undercover police officer, he tries to get back on his feet. As he visits each of his sisters, he continually bounces from one to the next. Rudd has never given me a reason not to see a movie. For him alone, I’ll check out this one. 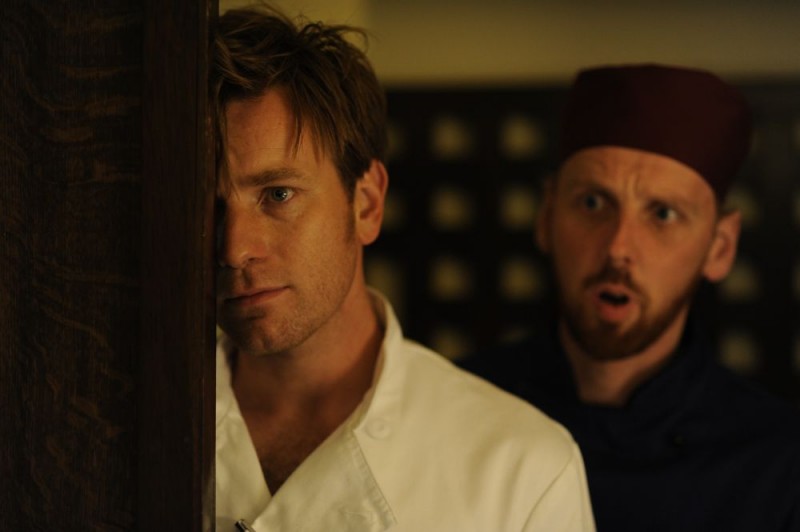 Ewan McGregor stars in what may be the strangest-sounding movie of the festival. People the world over are losing the ability to smell. What is to be done? 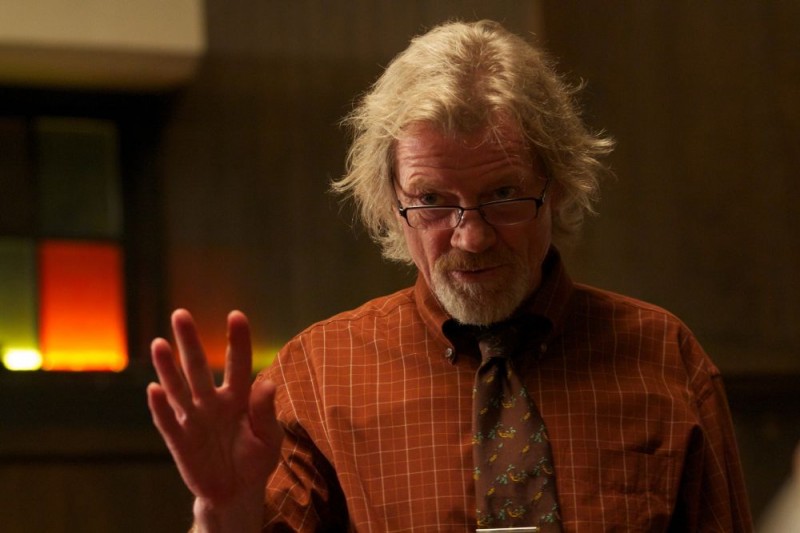 Everyone is excited for ‘Red State’, it seems. Kevin has sworn off the press for this one because he’s still bitter about all those horrendous reviews for his horrible movie ‘Cop Out‘. ‘Red State’ doesn’t look like the normal Kevin Smith fare. The eerie trailer that we shared in an earlier post does give this movie a lot of hope. Still, I’m going into this one apprehensively, because: 1) Smith is getting on my last nerve, and 2) His last movie was ‘Cop Out’. We’ll see what happens. 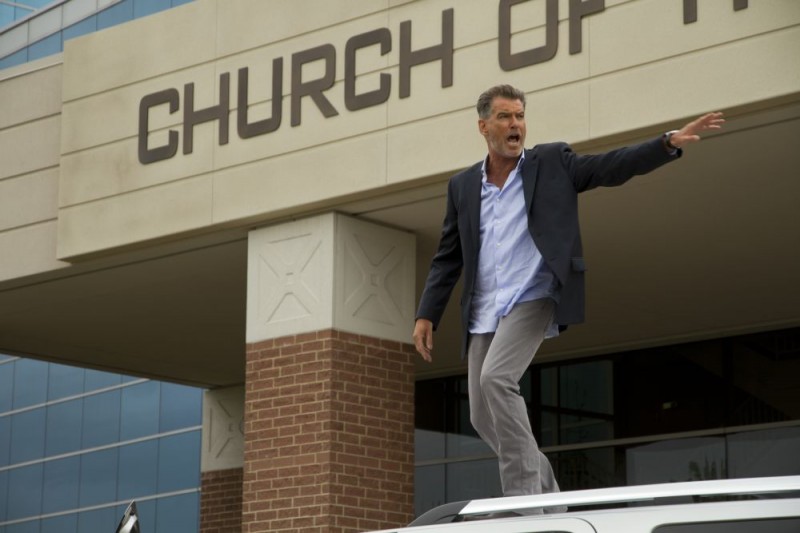 Who doesn’t love some Pierce Brosnan? Brosnan plays an eccentric mega-church pastor in this one. Really, that’s all I need to know to get me in a seat. I love Brosnan, and he’s always at his best when he’s playing outlandish characters (see: ‘The Matador‘). Also starring in this ensemble cast are Greg Kinnear, Marisa Tomei, Jennifer Connelly, Ed Harris, and Jim Gaffigan.

The Son of No One 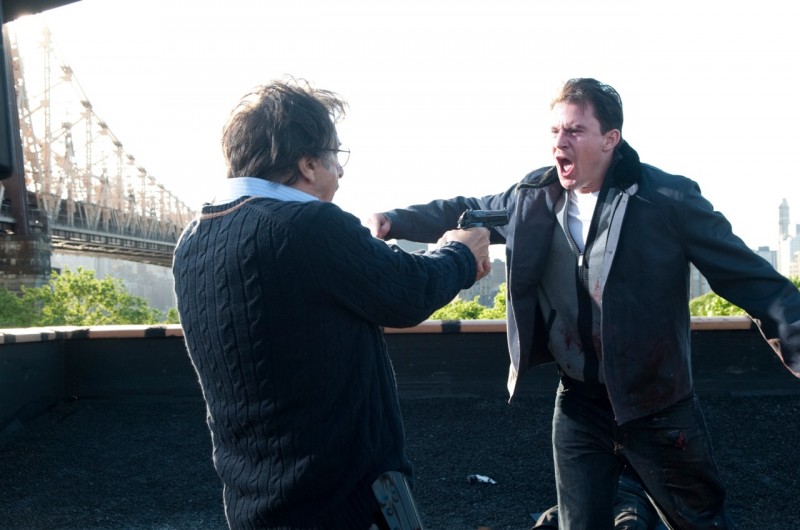 How Channing Tatum keeps getting starring roles, I just don’t know. Here’s a movie that stars Tatum teamed up with some other much better actors like Al Pacino, Juliette Binoche, and Ray Liotta. Dare I say it, even Katie Holmes is better than he is. Tatum was kind of, sort of funny in the horrific ‘The Dilemma’ which just came out, but I’m just never going to buy him as a leading man. This isn’t on the top of my Must See list, but I would feel amiss if I purposefully skipped a performance by Pacino. It helps that Pacino hasn’t been in a great movie for some time, but missing out on Pacino is still hard to do. 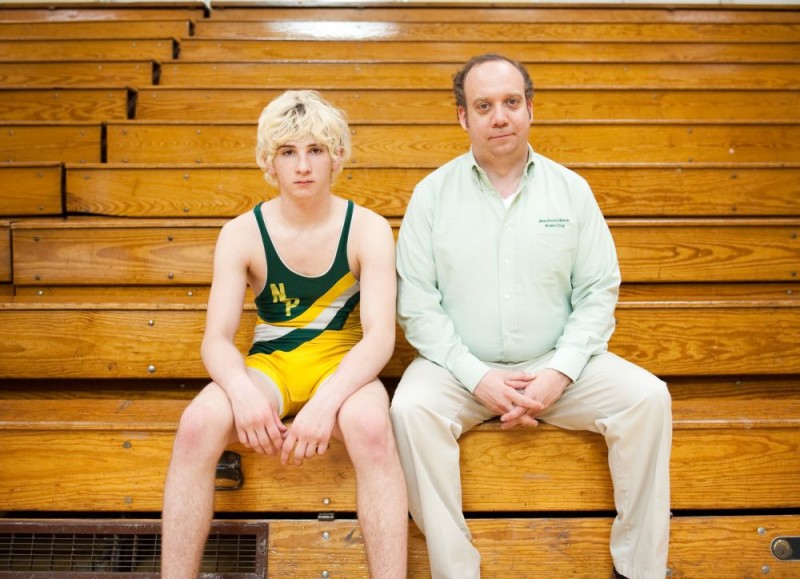 I’m pretty sure it wouldn’t be Sundance without at least one feature film starring Paul Giamatti. This time, Giamatti takes on the role of a volunteer high-school wrestling coach. If he’s even half as funny as the character he played on ’30 Rock’ earlier this season, this should be a fun movie.

That’s it for the Premieres. I’m not planning to see every single one of these, but I’ll end up seeing a good chunk of them. Stay tuned to the blog for reviews and such.