For some reason, I feel like I’ve already been here a week. I swear, watching three to four movies a day ages you faster, or just makes you feel older. Today, when it hit 1:00 in the afternoon, I felt like it was 7:00 PM. My internal clock becomes completely discombobulated while at Sundance. I’m no longer thinking on linear time. Instead, my mind is scattered in several different places trying desperately to remember what time I have to catch which bus for what screening. In short, it’s mayhem.

Traffic is horrendous here. Park City is a town made for around 10,000 people at most. When the festival starts up, people from all over flock into the city and clog up the roads, sidewalks, and eateries. Today, I got on a bus headed toward downtown, only to get stuck in traffic halfway up the hill to Main Street. When I say stuck, I mean it was a parking lot. Instead of jumping off the bus to hang out with some friends, when it finally reached Main Street, I had to just stay on the very same bus so I could get back down for the screening I had planned for ‘My Idiot Brother’ at 6:15. I ended up getting to the theater around 5:50, and had to wait in the blistering cold because the warm, well-ventilated tent for ticket holders was full. Luckily, I was able to slip in and push my way down to the very front row to find a seat. In this particular theater, the front row isn’t bad at all, since the screen is pushed way back on a stage. I prefer sitting front and center, because there’s no one in front of me and I’m able to get some good pictures during the Q&A sessions.

Which brings me to my next topic; they really should screen the questions before people are allowed to ask them. With the entire cast from ‘My Idiot Brother’ there, the first woman to get up begged Paul Rudd to be in her PSA about some animal charity. The director flat out asked her, “You’re using our cast to cast your PSA? Really?” Paul Rudd sat there stunned, and I felt embarrassed for everyone involved. Then another guy stood up who could’ve asked the question he posed to Emily Mortimer this easily: “How do you separate your feelings for acting from those in real-life?” Instead, he went on a two-minute diatribe never actually getting to a point. It was funny to watch Zooey Deschanel’s face screw up in frustration as the guy went on and on without a point in sight. Finally, when the man ended his incoherent ramblings, Paul Rudd shook his head and calmly asked, “Can you repeat the question?” At least they kept their cool up there. Some people are just freaking insane. 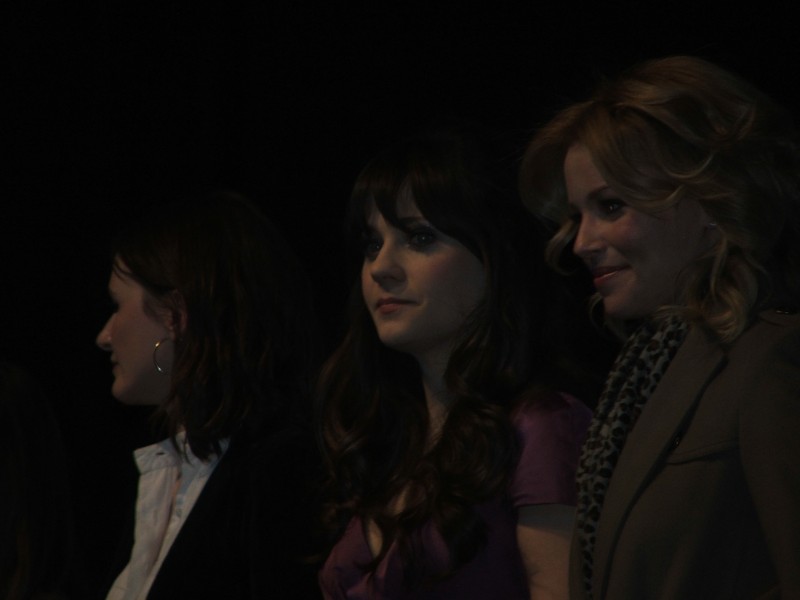 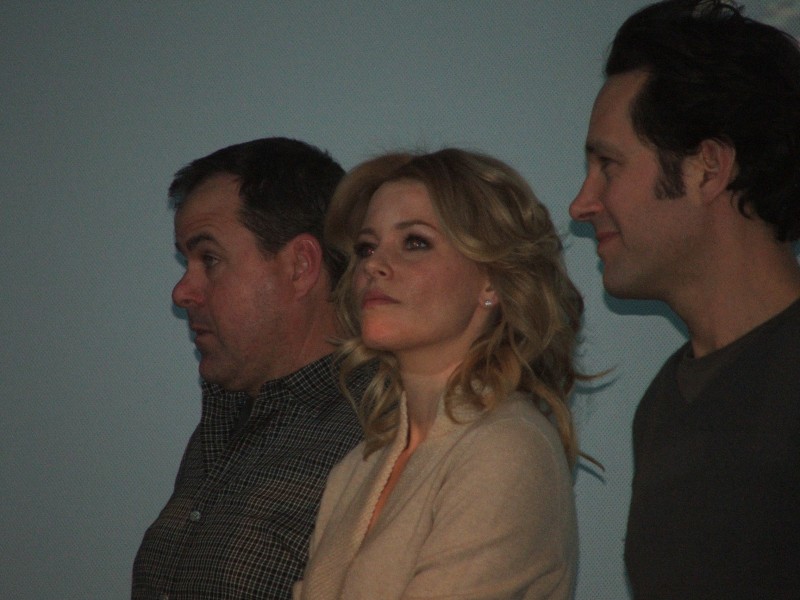 I attended the world premiere of ‘My Idiot Brother’. The whole cast was there: Paul Rudd, Zooey Deschanel, Emily Mortimer, Elizabeth Banks, and Rashida Jones. It’s a phenomenal cast.

I had a friend text me to say that he spotted Zach Braff. I responded by texting, “You should yell ‘EAGLE’ to him.” He said that he wished he’d thought of that.

‘Win-Win ‘– This movie stars Paul Giamatti and Amy Ryan, but the show is completely stolen by newcomer Alex Shaffer. Look for this kid in the next couple years. He’s a really great actor. This is one most of you will get to see a little later on. It’s already been picked up by Fox Searchlight. I just couldn’t believe it was a movie that actually had intelligent, polite teenagers in it. It’s really well done.

‘On the Ice‘ – This is a movie set in Alaska about a couple kids who try to cover up a murder that happens on the open ice outside of town. The acting just isn’t up to snuff. I understand that they’re a bunch of brand new actors, but sadly they don’t have the chops to take on the meatier parts of the script that call for raw emotion.

‘My Idiot Brother‘ – Yes, Paul Rudd looks like he’s related to Charles Manson here, but he couldn’t be more of a polar opposite personality-wise. Ned is the nicest guy you’ll ever meet. He looks at the world with a rosy optimism that continues to land him in trouble. He’s a carefree guy surrounded by narcissistic family members hell-bent on blaming Ned for their problems. I really like this one. It’s very funny.I’m sure we’ll see this in theaters relatively soon.