If you ask me, I think that the ‘Star Trek: The Art of Juan Ortiz’ hardcover art book is one of the coolest prizes we’ve ever given away here on the site. I hope that the two winners enjoy it. 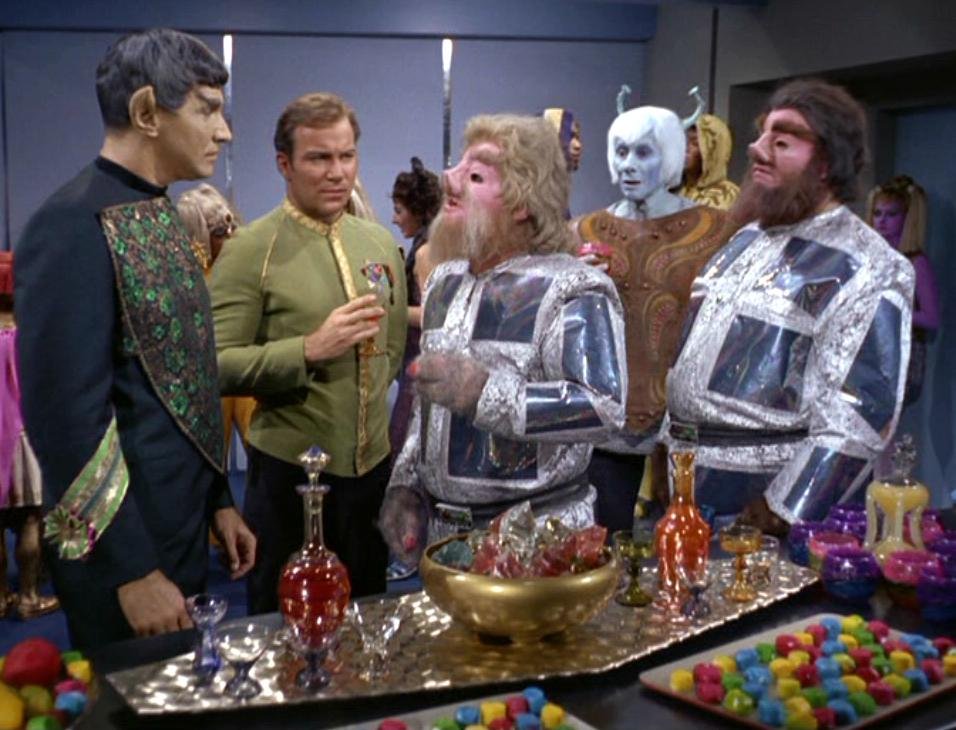 As you all demonstrated, this photo opened itself up to a lot of terrifically groan-worthy puns. So many of them were great, but EM here really just nailed it:

And to think they called Shatner a ham.

*obvious Ziggy swipe alert*
Thanks for hosting the party here, guys. We would have had it at our place, but it’s a sty.

I believe, technically, that’s actually a reference to ‘Seinfeld’ referencing back to ‘Ziggy’. (As I recall, Jerry came up with a similar line for a ‘Ziggy’ caption contest in the New Yorker.) In any case, swipe or no swipe, it fits perfectly here and the meta-ness of the reference works on several levels.

As he acknowledged when making his entry, J.J. wasn’t eligible to win this time because he’d already won another contest earlier this year. That’s too bad, because this line of his was glorious:

“This party has turned into quite the sausage fest.”

Congratulations to EM and Cody for winning ‘Star Trek: The Art of Juan Ortiz’. If you didn’t win, copies of the book are available on Amazon. It’s worth checking out.

Thanks to everyone else for participating in our contest. Don’t forget to get your entries in for our ‘World War Z’ contest before Friday’s deadline.