Now that Jim from The Office is the new Jack Ryan, perhaps it’s time to rethink our traditional casting choices for action franchises. Rather than some muscle-bound former wrestler, what other comedian is destined to headline the next reboot of an action icon?

It’s been more than a year and a half since the Resident Evil film franchise came to a close, which means it’s past time for a reboot. There’s one obvious choice to take the reins as the lead: Waldo Faldo himself, Shawn Harrison from Family Matters! He came all this way to Raccoon City to learn how to make umbrellas, only to learn that there aren’t any raccoons here, and the Umbrella Corporation just makes zombie viruses. Ah, gee!

I know it might sound crazy, but for the next comedic actor to reboot an action franchise, my vote is for Kate McKinnon to be in a remake of Bullitt. She’s got swagger, charisma, and smarminess, but would also embrace the role and make it her own. This by no means indicates that I actually want anyone to remake Bullitt, for the record. I just think it would be great to see McKinnon flying around San Francisco in a Mustang. And more screen time for McKinnon in any capacity is a good thing in my book.

After Dwight and Jim, Creed Bratton is my favorite character from The Office. For those who don’t know, Creed is the original guitarist for the Grass Roots and can be seen playing next to the drums in a live TV performance of the band’s biggest hit, “Let’s Live for Today.” On the show, he basically plays a fictional version of himself, except that there’s a massive air of mystery and secrecy about him and his history. Throughout the series, we’re given small clues to a man who’s lived a dark, twisted and challenging life.

It’s for this series, I think he’d be perfect for a reboot of Dexter where he can play an older version of the Maimi-based serial killer. Now living in Oregon as a truck driver, he can continue dispatching other evildoers, and in the hands of Bratton, the show will be even more hilarious than ever. I can totally see Creed living the life of a bearded weirdo in the Northwest, and he may even visit Twin Peaks in a couple episodes!

In response to the premiere of Jack Ryan last week, a friend of mine quipped that unless Rainn Wilson played the villain, he didn’t want to watch. That totally needs to happen in Season 2!

In the meantime, it’s about time James Bond had another reboot, right? Daniel Craig is allegedly still attached to do one more movie, but he was pretty grumpy about that franchise after the last one and production of the untitled Bond 25 recently hit a major obstacle that may push it back another year or more. I wouldn’t be surprised if Craig finds a way out of his contract before that happens, and the fan hoopla about casting Idris Elba in the role appears to be dead in the water as well. That leaves us needing someone new. I nominate Ryan Reynolds… ‘s former sitcom costar, Richard Ruccolo. Reynolds himself is kind of tied up doing Deadpool, but this would surely be the next best thing, and Ruccolo doesn’t seem to have much else going on these days. 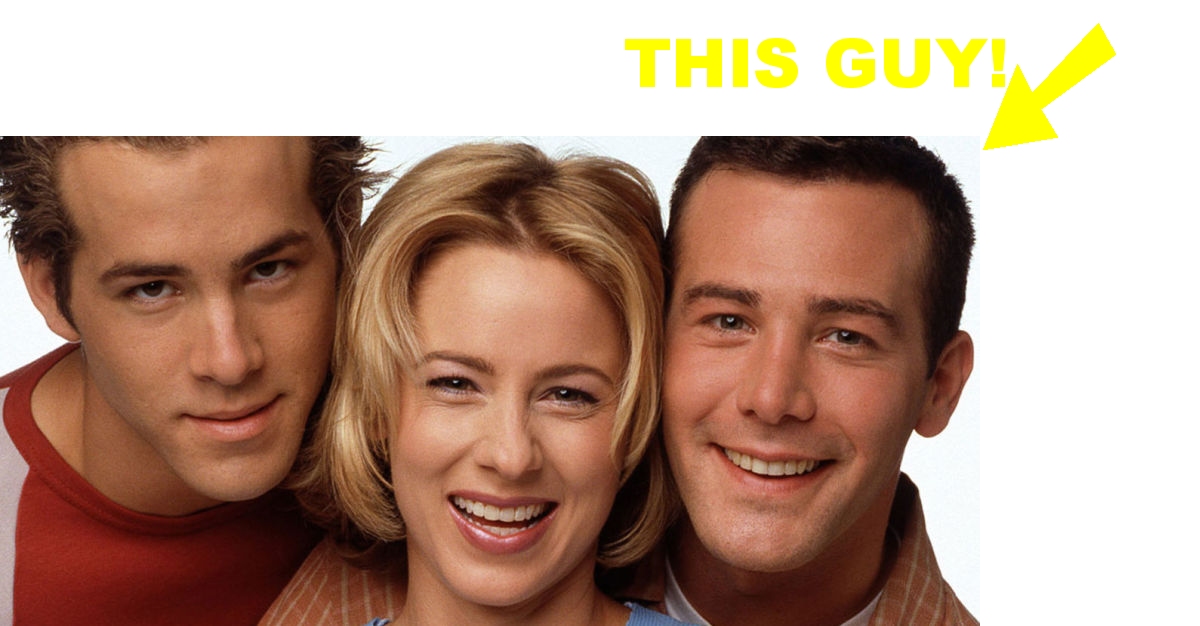 Hey, wait, Nathan Fillion was on that show too! Let’s make him the villain, and finish off this partial cast reunion with Traylor Howard as a femme fatale henchwoman while Agent 007’s latest mission takes him to the heart of Italy.

James Bond will return in… Two Spies, a Girl, and a Pizza Place!

Go ahead, give us your best or worst ideas in the Comments below.