Even if you don’t recognize the name right away, Hollywood production artist Ron Cobb has shaped the look of many iconic movies that you’ve undoubtedly enjoyed over the past four decades. Recently, Cobb made a huge volume of his work available on his personal web site.

More often than not, after a movie goes before cameras, all the hard work put into preparing and designing the production gets filed away, never to be seen again. If you’re lucky, some of it might appear in a low-res still gallery on a DVD or Blu-ray, where most fans will skim through it briefly or ignore it altogether. I can only speak for myself here, but I find the slow and clunky navigation of most Blu-ray still galleries extremely frustrating, and I don’t enjoy looking at the images on a TV ten feet away. I much prefer the opportunity to view a collection like this on a computer or tablet.

Among other notable projects, Ron Cobb designed (or contributed to) the DeLorean time machine in ‘Back to the Future‘, the Nostromo spaceship in ‘Alien‘, much of the Mars colony in ‘Total Recall‘, and some of the eye-catching cantina aliens in the original ‘Star Wars‘. Although mostly associated with science fiction, he also worked on the Nazi “flying wing” plane in ‘Raiders of the Lost Ark‘ and the armor, weapons and architecture in ‘Conan the Barbarian‘.

If you spend the time to browse through the galleries on his web site, you’ll find that work and much more. Check out the astounding amount of detail in, for example, this drop ship from ‘Aliens’, the interior of the ‘BTTF’ DeLorean, or downtown Pyramid City in ‘Total Recall’. 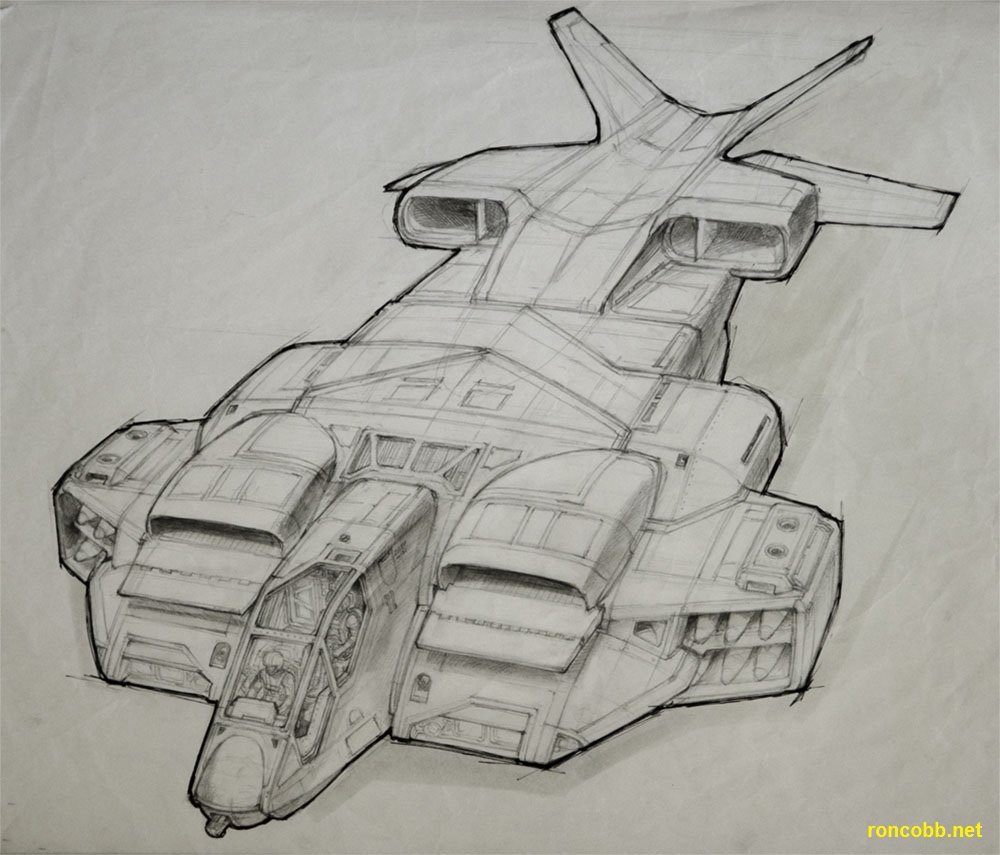 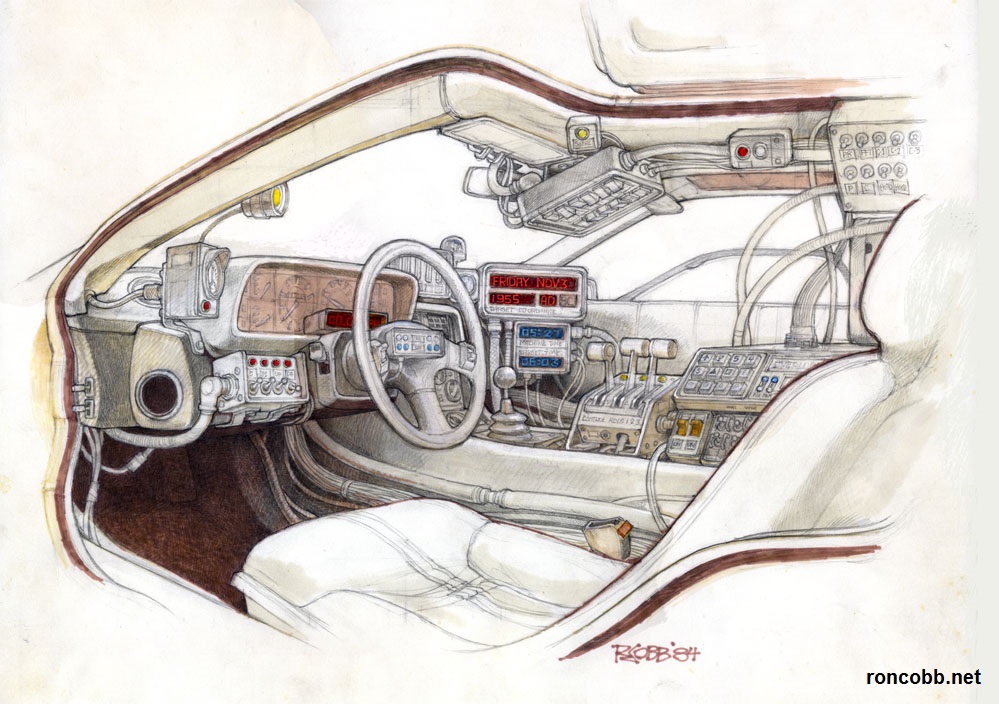 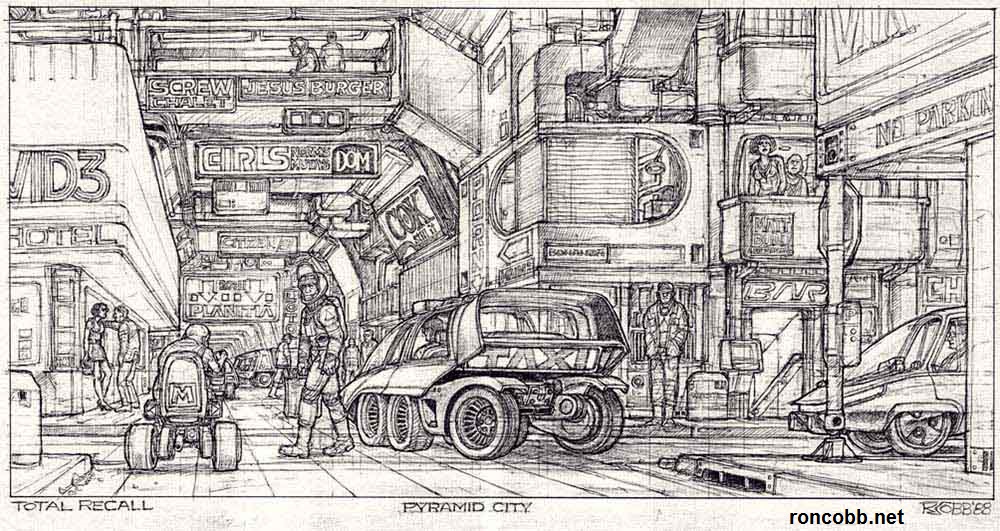 Perhaps even more interesting are the early designs that were eventually changed before they made it to screen, as well as some projects that never came to fruition at all. In the early 1980s, Steven Spielberg came very close to making an alien invasion horror film called ‘Night Skies’, but pulled the plug at the last minute and decided to rework the material into the far more family-friendly ‘E.T.: The Extra-Terrestrial’ instead. 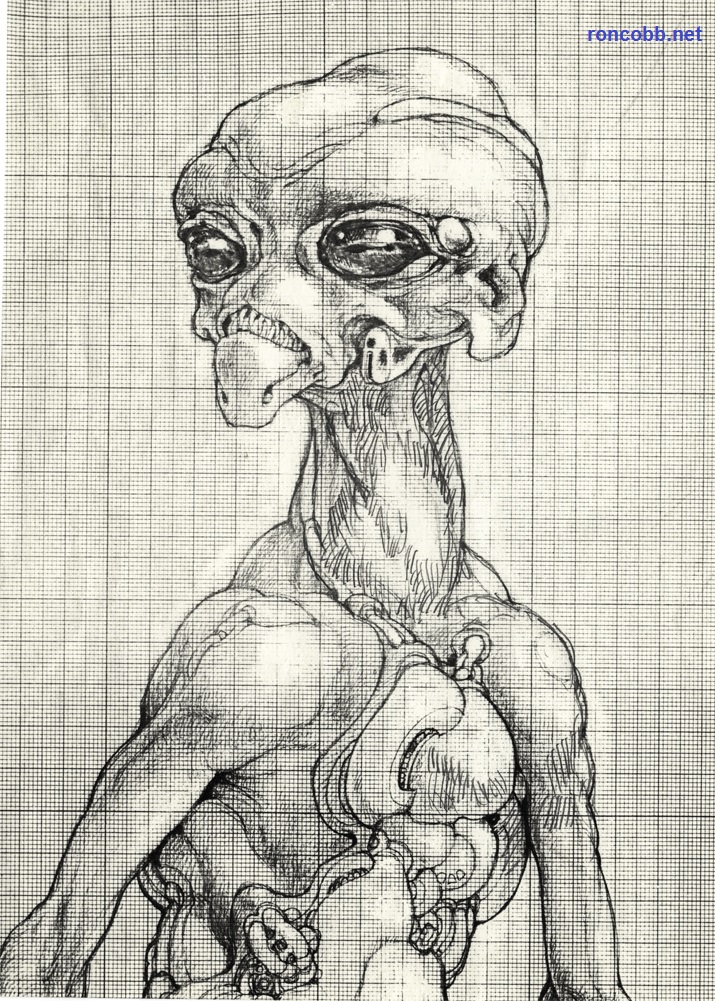 Anyone with an interest in seeing how some of the most memorable movies of the last 40 years evolved from early concepts to the familiar images we’ve all seen on screen would be well advised to take a gander at the roncobb.net site. The artist has also posted a lot of interesting non-movie-related work as well.