I wish I had a bigger house, or more wall space. I just don’t have enough room to hang all the posters that I really love. Check out this week’s new posters for theatrical releases, and also a few special event posters that I wouldn’t mind getting my hands on.

I have to say, I’m a fan of both of these ‘ParaNorman’ posters. Sure, the one on the bottom is your standard giant faces image, but the effect is different with an animated film like this. The style of animation begs to be shown off.
However, if I were to buy and hang one of these posters, it would be the one on top. It’s simple, it’s wonderfully drawn, and it begs the question, “What now?” The poster makes me excited to see this movie because it leaves enough to the imagination to keep me wanting more. 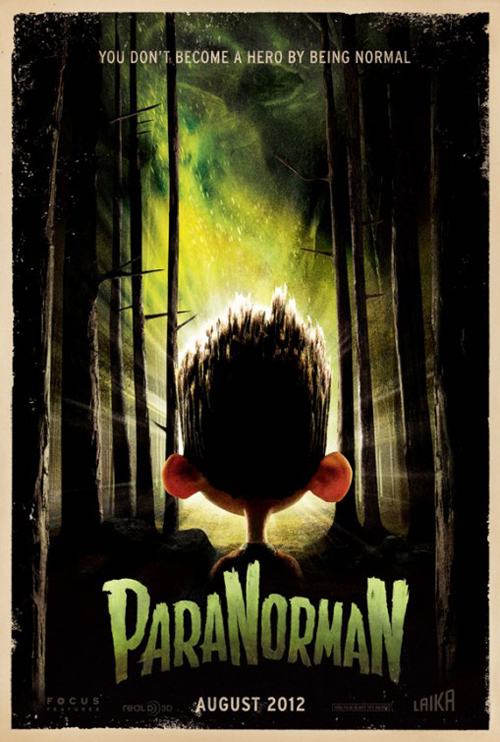 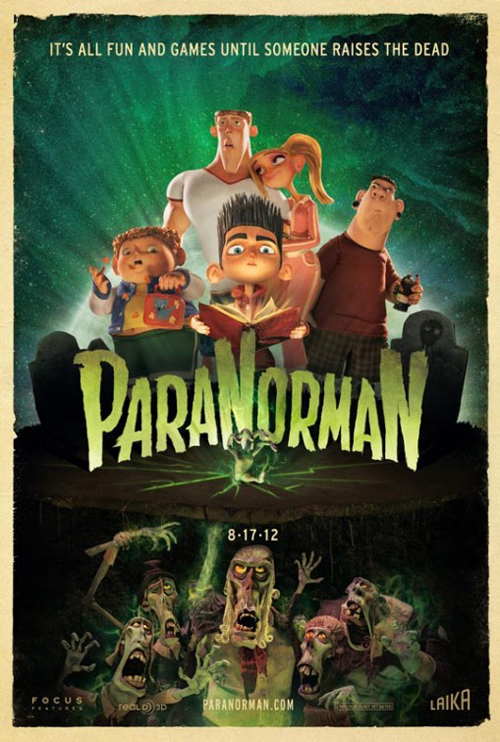 I may be conveniently forgetting the details of this movie that I saw at Sundance because the last ten minutes of it are so awful, but I don’t remember any of these symbols having anything to do with ‘Red Lights’. If you carefully examine the circle at the bottom, you’ll notice a spot of text asking, “Is anybody there?” Coincidentally, this is exactly what I asked after seeing this movie, but my question was directed to writer/director Rodrigo Cortés. I honestly wondered if he left the movie set before filming the last scene, and the people left there just decided to shoot something.

In the words of Comic Book Guy: “Worst. Ending. Ever.” 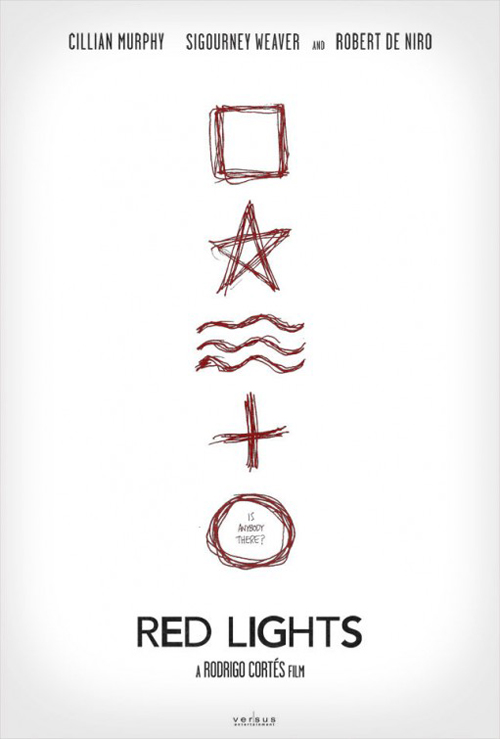 This was a special poster that was handed out at the South by Southwest Film Festival. Since there are no trailers for this movie yet, I’m left to assume that a CGI teddy bear is the central character. Since the film is written and directed by Seth McFarlane, and the bear is taking a whiz, I’m probably safe in assuming that the bear is quite a raunchy character. Whatever the case may be, count me unexcited for this movie. It already seems like it’s trying too hard. 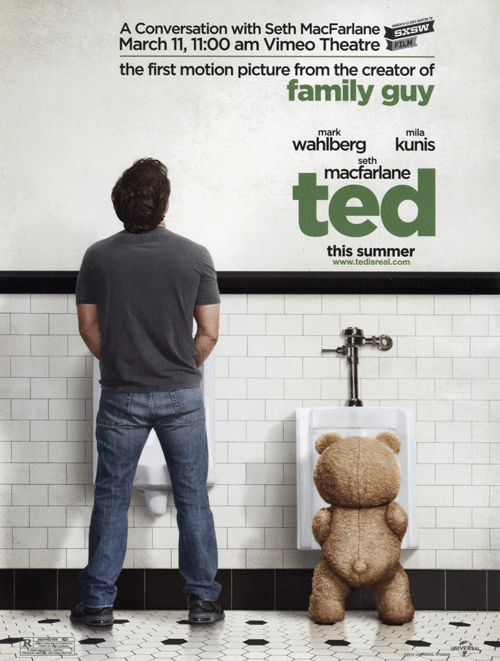 There’s no other way to describe this poster other than to say that it’s really “Wes Anderson-y.” Right? That’s the description for its quirky look and fantastical feeling. I’m not a huge fan of all the gold lettering. I understand why it was done, but it seems too busy up top. If all the extraneous lettering was removed and the title was moved near the top, I think I’d really be in love with this poster. 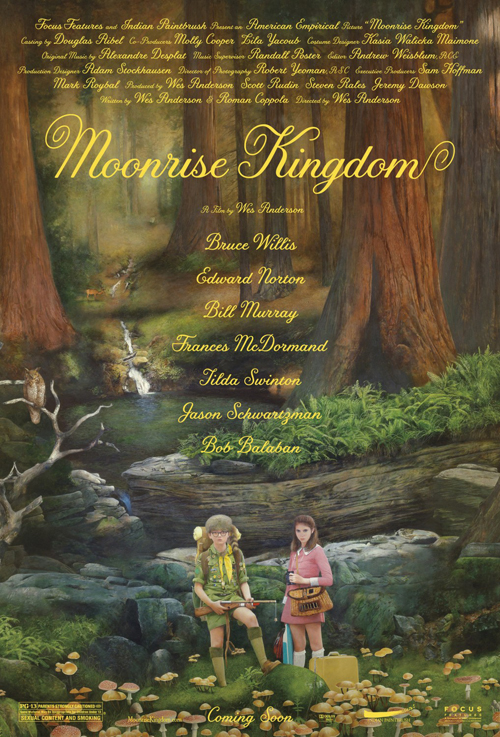 The Cannes Film Festival runs from May 16th to the 27th this year. Marilyn Monroe has been chosen as the icon of the 2012 festival. I just think the poster is really well done. 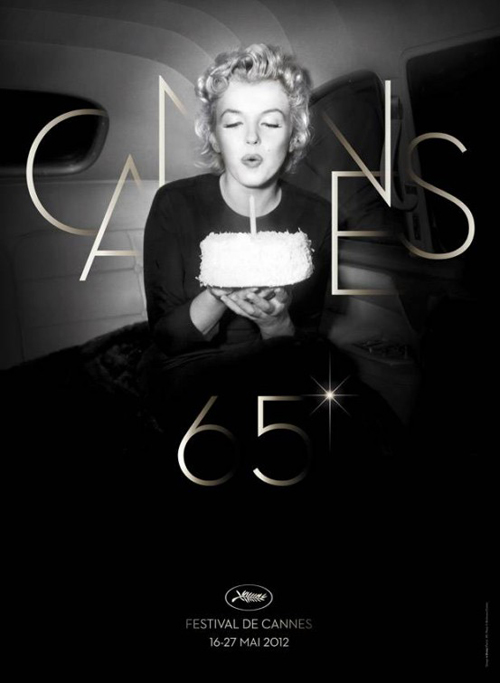 Many of you already know of my affinity for the original movie artwork created over at Mondo. Coinciding with the film’s Blu-ray release this Friday, we’ll see another release from the poster boutique, this time for Lars von Trier’s ‘Melancholia’. The poster was created by artist Tomer Hanuka. It’s a lovely piece of art whether or not you liked, or even saw, the movie. 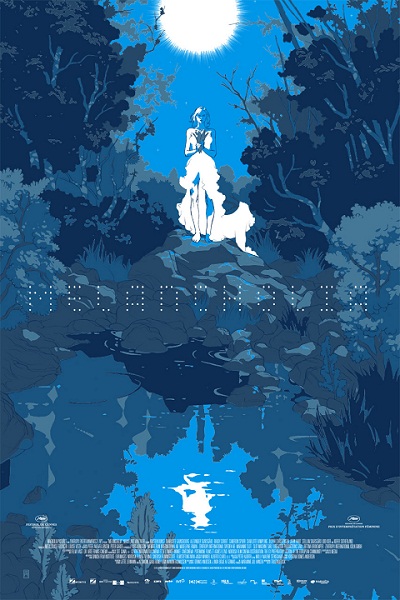 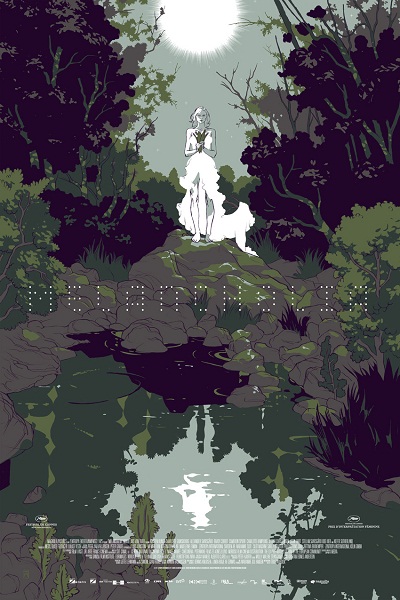