Well damn! I just finished watching the season finale (or “series finale” as the Brits call it) of the third season/series of ‘Doctor Who’. Which, by the way, if you haven’t watched, you should. It’s nice to see some sci-fi that doesn’t mind being fun.

It was great. I had a nice HD stream all the way through the three-part episode, and I couldn’t have asked for much more in terms of video quality. In true ‘Doctor Who’ fashion, it all ended with a bit of a cliffhanger that leads up to the traditional between-series special. That wouldn’t be so bad if I could watch the special. But I can’t. Not for another three days, anyway. Unlike the rest of the episodes included in Season Four, the special ‘Voyage of the Damned’ is available on disc only. 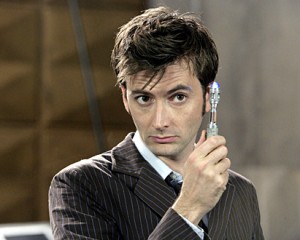 That’s where the greatness of streaming all falls apart. If I wanted, I could crank through the first three seasons of the show without interruption. The specials are all included and there’s no need to leave the streaming environment. But when Season Three ends, the one great thing about streaming video comes to a halt. I’ve got to pack up my ‘Crank 2’ Blu-ray (Yes, ‘Crank 2’ – it’s amazing, trust me) and send it off to exchange for a DVD containing a mere 72 minutes worth of television. After that, I’m free to watch all of Season Four streaming in high definition.

I’m less of an HD snob than a lot of folks. I’m sure much of that has to do with my less-than-impressive 32″ television. So I don’t mind getting my 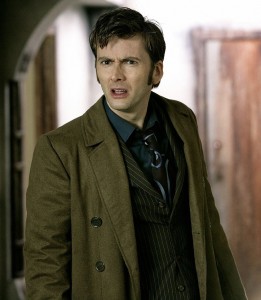 content in less than Blu-ray quality. If it’s something special, like ‘Watchmen’ or ‘Sin City,’ then it’s Blu-ray or nothing. But TV shows, comedies, and less visually important films are just fine for me in a Netflix HD stream.

I’m also not too worried about 5.1 channel audio at this point, since I’m without a nice 5.1 system at the moment. It’s coming to Netflix soon enough, probably around the same time that I’ll finally shell out for some nice speakers. In the meantime, the stereo isn’t bothering me too much. Again, certain movies require better sound, certain movies don’t.

The audio and video quality is never going to steer me away from Netflix, since it’s not a huge issue for me. The lack of streaming content is a bit more annoying, but I understand. However, when I can only stream one part of a season and not the other, it gets to me. For the price and the convenience, there just isn’t another option. But once someone else – maybe RedBox, maybe Amazon, maybe even Apple – takes the subscription route, Netflix will really have to start getting its act together.