Christopher Lloyd sure is looking a lot like Abe Vigoda these days, isn’t he? That’s not just me, right? According to IMDb, he’s been working steadily in recent years in various TV and direct-to-video projects, but I’m kind of shocked that the last thing he made that I saw was ‘Addams Family Values’ back in 1993. And that one was under heavy makeup. I think ‘Back to the Future, Part III’ was the last time I saw his regular face. This guy used to be everywhere! Hence my mild surprise at just how old he is and looks. I still picture him as the spry Doc Brown in my head. Anyway, Lloyd makes a guest appearance on this week’s ‘Chuck’ as a CIA psychiatrist… who is NOT named Doctor Brown. What’s that about?! C’mon, writers, how did you let that one get by?

In ‘Chuck vs. the Tooth’, Chuck is being plagued by trippy bad dreams. Gen. Beckman sends him to the shrink, who diagnoses that the Intersect is melting his brain. Chuck is removed from active field duty, and eventually locked up in a loony bin. The more adamantly he insists that this is all somehow tied to a plot to assassinate the President of Zamibia, the nuttier he sounds. Even Sarah and Casey doubt his sanity. Only dear, faithful Morgan will help him follow the weird visions his mind keeps sending him.

Meanwhile, Ellie and Awesome have returned home from their misbegotten trip to Africa. Awesome is recovering from malaria and doing… well, awesome. Before they can settle back into their old lives, a Ring operative posing as CIA tries to recruit Ellie by feeding her a story about Casey being a dangerous terrorist – a claim that isn’t hard for her to believe, considering his generally odd behavior and the stash of guns in his apartment. The agent warns her not to tell anyone about this, because they’ll just think she’s crazy. Indeed, the pieces all seem to fit together to support this story, the intent of which is to lure her father out of hiding for the Ring to capture. 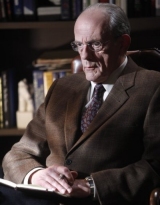 As if all that weren’t enough, we’ve also got relationship issues to deal with. Chuck tells Sarah he loves her, but she doesn’t immediately reciprocate in kind. Then Anna Wu returns to the Buy More to take Morgan back, which he may have finally developed enough backbone to resist.

Oh, and Brandon Routh keeps pestering Chuck’s dreams as the deceased Agent Shaw. The Intersect drops a pretty big hint at the end that he may not be dead after all. It’s more than a hint, frankly. I’m sure we’ll see more of him soon.

All in all, this is a pretty fun episode. The show has really seemed to find its focus lately, probably because the producers assumed that this would be the last season and wanted to wrap everything up on a strong note. Chuck even slips in a joke about how there soon won’t be anything worthwhile to watch on TV on Mondays. Recent developments have been pointing to the series actually being renewed for a fourth season. We’ll have to see how definitively things end over the next couple of weeks. The season finale has already been shot, after all. If it does come back, I hope the creators can find a worthwhile excuse to keep the story going.

Remember how, in its last three or four years, ‘The X-Files’ kept ending each season as if it were the last, only to get renewed again at the last minute? That show scambled to find excuses to stay on the air, and rarely found good ones. Let’s hope that doesn’t happen to ‘Chuck’.