Bette Davis and Joan Crawford faced massive resistance from movie moguls when they shopped around ‘What Ever Happened to Baby Jane?‘ in 1961. “I wouldn’t give you a dime for those two old broads,” Jack Warner reportedly quipped. Well, more than a half century later in the surprisingly good ‘Feud: Bette and Joan’, Jessica Lange and Susan Sarandon played those two old broads – and dueling divas – to the hilt.

That’s no small feat. As a fan of both Crawford and Davis, I was more than a little skeptical when I heard that Lange and Sarandon would portray the legendary stars in producer Ryan Murphy’s miniseries that chronicles their vitriolic relationship during the twilight of their respective careers. Though both Lange and Sarandon are Oscar-winning actresses in their own right, could they do justice to two of the most famous Oscar-winning actresses in Hollywood history? Or would they end up regretting their decision to embrace such daunting roles, much like Faye Dunaway did after her roundly lambasted, outrageously campy depiction of Crawford in ‘Mommie Dearest’ in 1981?

I’ve never been a fan of Hollywood bio-pics because the subjects are usually so ingrained in our consciousness that it’s impossible to imagine anyone believably portraying them. Capturing their distinctive looks, mannerisms, speech patterns, and larger-than-life personas – not to mention achieving that delicate balance between imitation and evocation – is very tricky indeed. Several actors, like Judy Davis, who gamely tackled Judy Garland in the 2001 miniseries ‘Life with Judy Garland: Me and My Shadows’, and Michelle Williams, who beautifully tapped into Marilyn Monroe’s fragile spirit in 2011’s ‘My Week with Marilyn‘, have come close to nailing the essence of an icon. But could Lange and Sarandon do the same?

It didn’t take long for both women to completely win me over. Yes, it was initially jarring to see them embodying two of Hollywood’s most identifiable and durable stars, but their spot-on performances enabled me to quickly suspend my disbelief. Both parts are challenging for different reasons, but Lange and Sarandon avoided the pitfalls and crafted honest yet respectful portrayals that would surely please their grande dame subjects. Of course, Davis – with her enormous eyes, clipped speech, brusque demeanor and strident gait – is the easier of the two to imitate. But she’s also easier to caricature, so Sarandon, who bears an almost spooky resemblance to Davis (at times, I almost thought she was Davis!), deserves enormous credit for resisting the temptation. Though in certain instances I felt she unnecessarily held back, I can understand the restraint, and respect her for it. She’s not a drag queen; she’s an actress, and she does a superior job evoking the temperamental, egomaniacal, often bitchy Davis.

Lange took on Crawford just as well. Her bravura performance (which I believe is a shoo-in for an Emmy) is more subtle, yet equally riveting and filled with dimension and nuance. Crawford was a tough, shrewd dame who knew what she wanted and how to get it, but always tried to project a refined regality that she painstakingly honed over several decades. Her voice was always measured and mellifluous, she was always perfectly coiffed and gowned, and she glided across a room as if she were floating on air. To Crawford, image was everything, and she was always every inch the star. She worked harder to maintain her stardom over the course of four decades than any other actor in Hollywood history. Lange captures all of that, but also goes thrillingly beneath the surface, revealing Crawford’s insecurities regarding her talent, difficult childhood, precarious position in the industry, and the effects of encroaching age. ‘Bette and Joan’ is more Crawford’s tale than Davis’, and Lange reverently honors Crawford with a stunning combination of vigor, grace and pathos.

Though Lange and Sarandon kept me mesmerized throughout the eight-episode series, they weren’t the whole show. From the first episode to the last, ‘Bette and Joan’ did an exceptional job recreating the glamorous aura of old Hollywood. I consider myself an expert on the topic, and the attention to detail in the production design and especially the script continually impressed me. Yes, the writers took a fair degree of creative license, but they always stick close to the facts and dropped in countless morsels of trivia that added essential authenticity. (Only a classic movie junkie like me might have noticed them, but that made them doubly noteworthy.) That meticulous attention to detail is what really separates this miniseries from others in the same genre.

Does the show have factual errors, or at least a few instances where the truth is twisted to add more drama? Yes, and that’s to be expected. Did Hedda Hopper really conspire so deviously and continually with Crawford to bring down Davis? That’s open to debate. Did Crawford actively campaign against Davis during Oscar season? Also debatable. When Crawford famously tells a boardroom full of men to “Fuck off,” it wasn’t a group of executives from the William Morris Agency (as depicted in ‘Bette and Joan’), but rather the board of directors of Pepsi Cola, who unceremoniously ousted Crawford after her husband’s death. (The scene is accurately and memorably portrayed in ‘Mommie Dearest’.) And when Vivien Leigh was suggested as a replacement for Crawford in ‘Hush…Hush, Sweet Charlotte‘, it wasn’t Davis who nixed her. Leigh declined the role with the famous statement, “I can just about stand looking at Joan Crawford at six o’clock in the morning, but not Bette Davis.”

‘Feud’ will be back for at least another season (its next subject will be the turbulent marriage of Prince Charles and Princess Diana), but the follow-ups will have a tough time besting the original. ‘Bette and Joan’ is an unqualified hoot, but like the stars it salutes, it has enormous class and much more depth than meets the eye. Hollywood can be especially cruel to women, even those as lofty and gifted as Bette Davis and Joan Crawford. Beneath the barbs, tantrums, wily machinations, and delicious sparring, ‘Feud’ shows us how two old broads fought tooth and nail to survive in a male-dominated industry that values youth and beauty more than talent. It wasn’t pretty in the end, and they sacrificed more than we knew, but they did it. And we’ll always respect them, just as they – deep down and very grudgingly – respected each other. 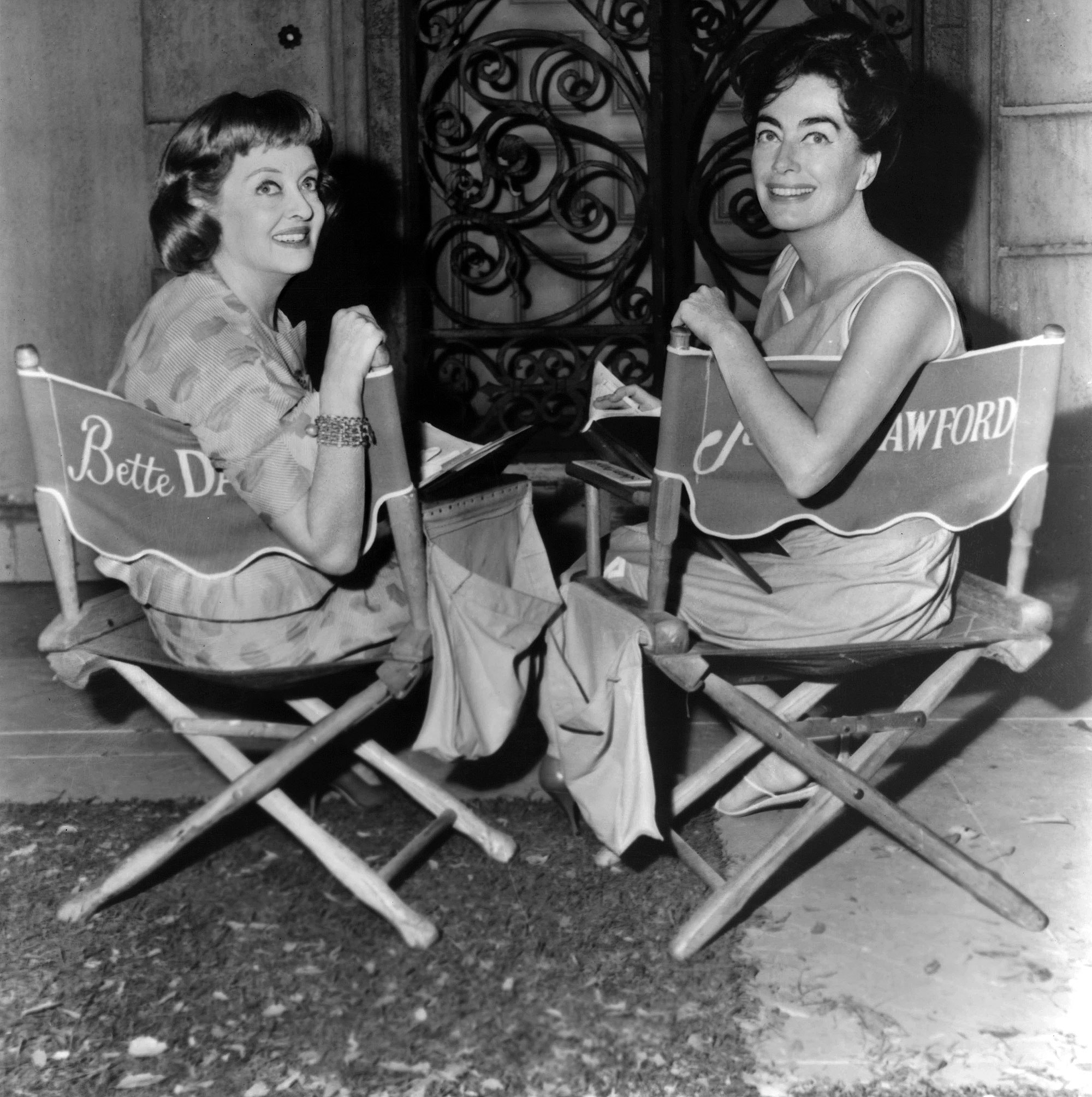