Central Canada Comic-Con 2013 kicked off this past weekend, November 1st-3rd. If it wasn’t the most successful year for the convention yet, it was certainly the busiest, with a sold-out crowd and more things to see than ever before.

Numerous celebrities were on hand, including three ‘Star Trek’ alums: Pavel Chekov (Walter Koenig), Captain Benjamin Sisko (Avery Brooks, ‘Deep Space Nine’) and Lt. Tom Paris (Robert Duncan McNeill, ‘Voyager’). All three were super-nice, especially McNeill, whom I talked with the most and who is a really down-to-earth kind of guy.

Headlining the event was Ron Perlman from ‘Hellboy’, ‘Pacific Rim’ and ‘Sons of Anarchy’. Unfortunately, he arrived at the convention a few hours late. Perlman was supposed to be there Saturday morning, but didn’t show until after 3 PM. Apparently, the shooting at LAX Airport caused the delay. The line at his booth was absolutely crazy, but I managed to snag his autograph on my ‘Hellboy’ SteelBook: 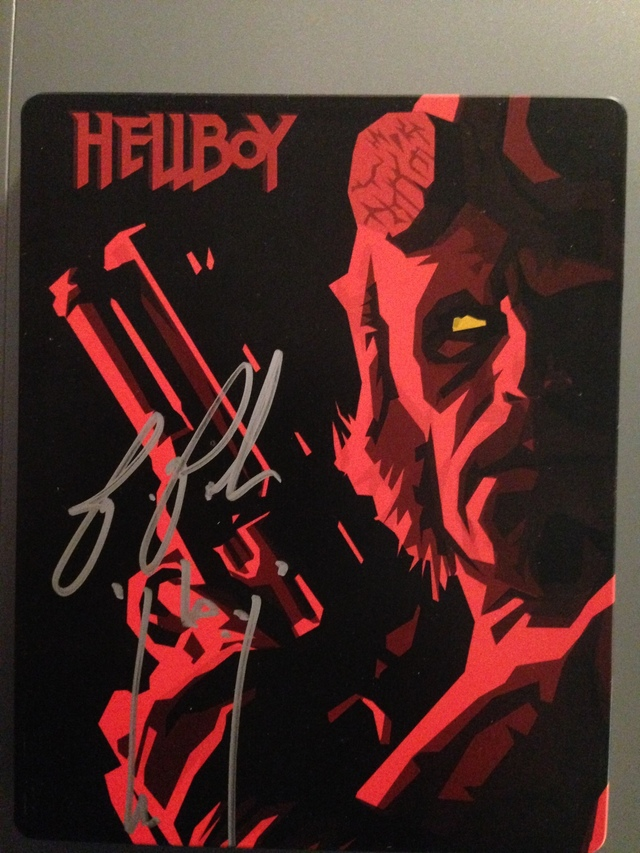 I didn’t get to talk to him a whole lot (the convention was speedily herding people through his line), but he seemed to be having a great time.

The convention isn’t just about celebs, though. Probably the most fun part (for me, anyway) is seeing all of the different costumed con-goers walking around the place. There were far too many to snap photos of them all, but I managed to get a few. Here are some of my favorites: 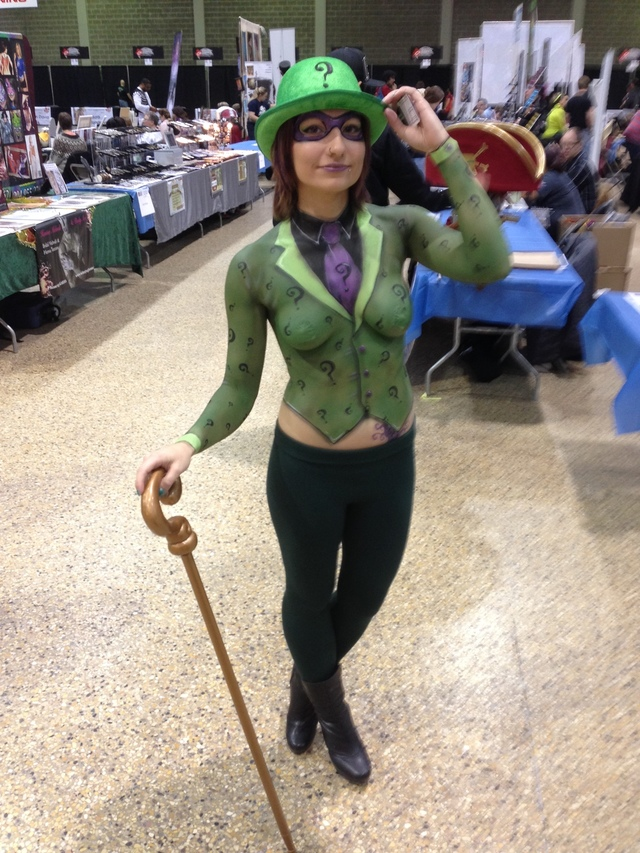 Now, if I were Batman, I really wouldn’t mind tussling with villains like this on a nightly basis. This young lady appears to be clad in a tight-fitting green Riddler outfit. But take a closer look. That isn’t a top she’s wearing… it’s actually body paint. Good thing it was a sunny, rain-free weekend. 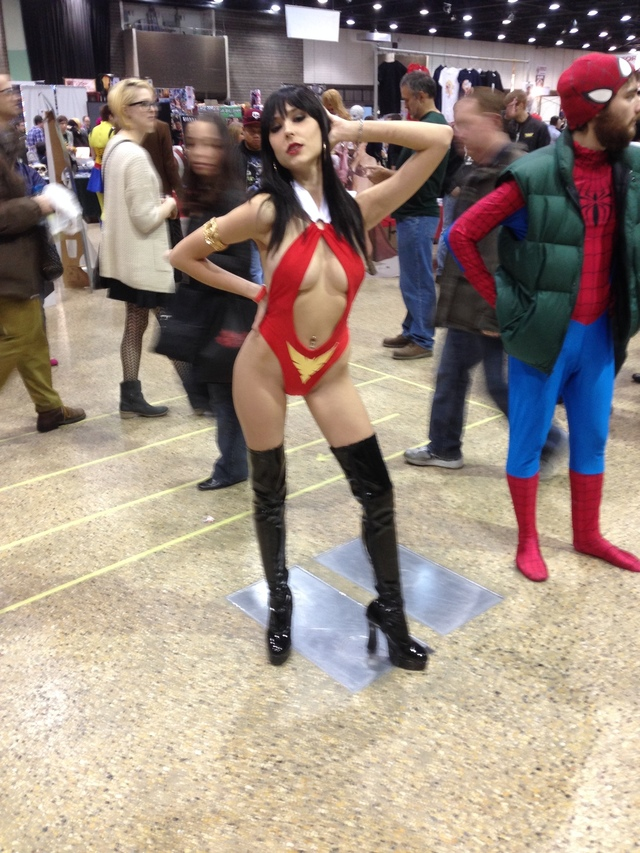 Here we have another attractive young lady (who was also a bit cold, no doubt!). Vampirella got a lot of attention, and it’s easy to see why. I still don’t know how she managed to keep that thing in place, but bless her heart for trying. 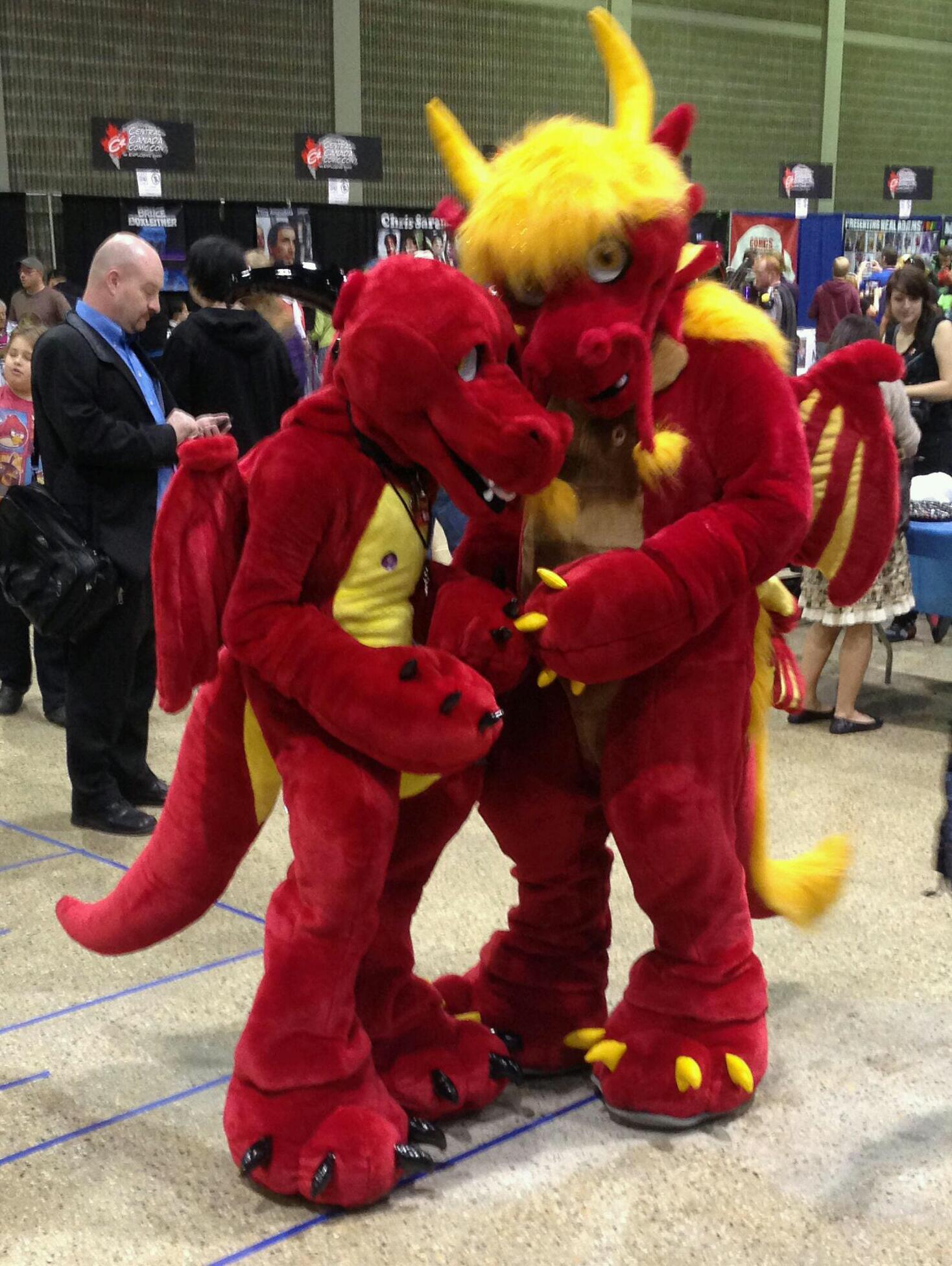 In case you thought I only took photos of cute girls, here’s one of a pair of con-goers dressed as… I have no idea, honestly. Are these anime characters, maybe? 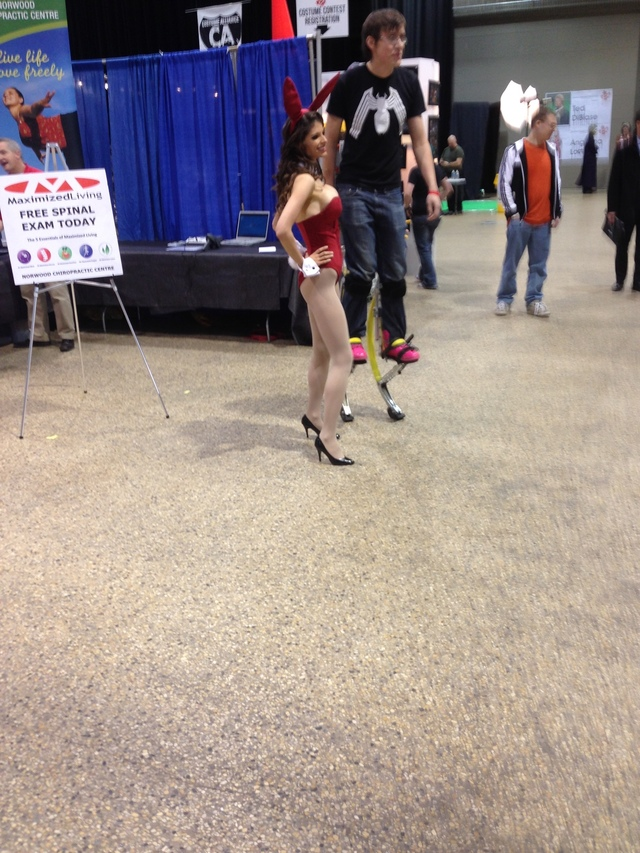 All right, fine, now we’re back to yet another shot of a half-naked woman, this time posing with some dude in a Spider-Man T-shirt. However, I wanted to share this photo mostly because, of all of the strange things I saw at Comic-Con, what I found the weirdest was what’s located not far behind this girl. Really? Spinal exams at Comic-Con? I’m sure a lot of overweight ‘D&D’ gamers have bad backs, but come on. WTF?

As usual, there was also a mini car show at the convention. The General Lee from ‘The Dukes of Hazzard’ and the DeLorean from ‘Back to the Future’ returned, as well as this classic piece of nostalgia: 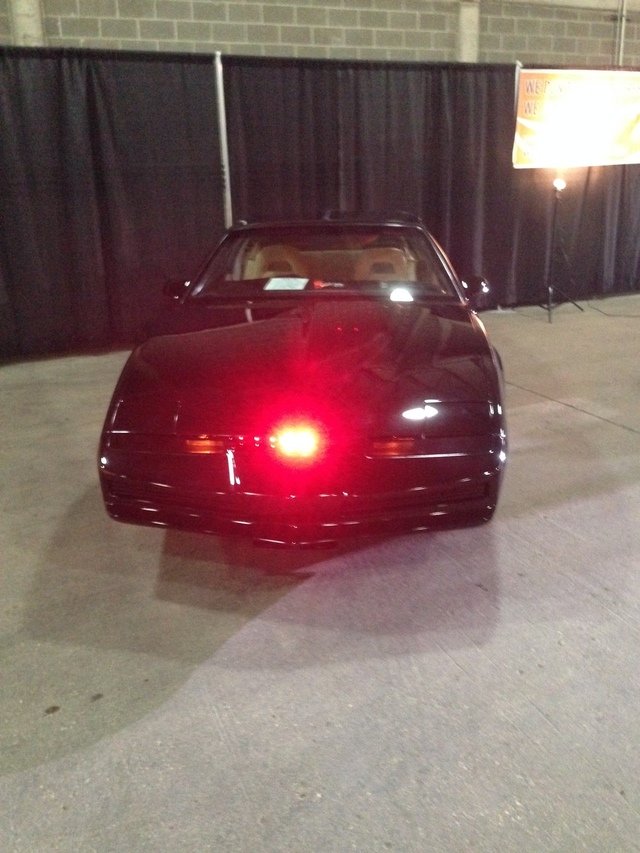 Joining KITT was the bike of the great Evel Knievel: 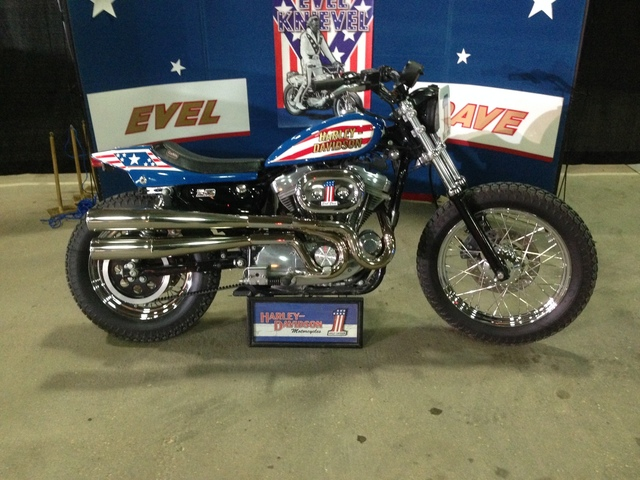 Here’s another awesome custom bike painted by my friend, Uncle D. To see more of his work, check out his web site. 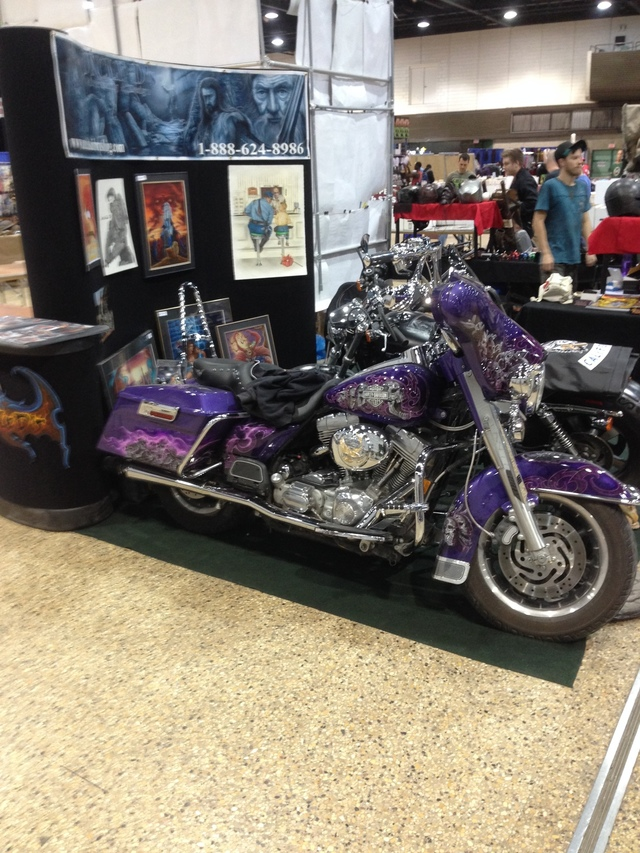 That pretty much sums up my weekend. Things should be quiet around here until the annual Comic and Toy Expo comes to town in early 2014!