It has been nearly two weeks since Central Canada Comic Con, and I’m still pretty exhausted. Maybe not quite as much as those diehard nerds still recovering from their year’s quota of exercise LARPing all weekend, mind you, but with so much to see and so much happening all at once, it was definitely a draining experience.

I arrived pretty early to avoid the mobs. The first celebrity I got to meet was Jonathan Frakes from ‘Star Trek: The Next Generation’. I was at William Shatner’s table getting a voucher for an autograph (Shat wasn’t there until Sunday), and adjacent to his table was Frakes’ area. Mr. Frakes just happened to come in and sit down with me right there. He was such a cool guy and a great sport:

Next, I went to see Kevin Sorbo. I never really followed ‘Andromeda’, but ‘Hercules: The Legendary Journeys’ (along with ‘Xena: Warrior Princess’) is one of my guilty pleasures. Kevin’s a really nice guy, too. He’d actually been in Winnipeg before about four years ago to shoot a TV movie, although the weather was nicer this time. With the Canadian tax breaks, we actually get a fair number of movies produced here.

Following that, I went to meet Nana Visitor and Chase Masterson from ‘Star Trek: Deep Space Nine’. Both still look amazing, and Chase especially is such a doll. I chatted with her for quite awhile on Saturday morning and then again on Sunday (and she even remembered my name!). She’s very bubbly and down-to-Earth, so if she’s ever in your area, make sure to take a moment and say hi.

My next stop was to pay a visit to Kate Vernon, who played Colonel Tigh’s wife, Ellen, on the rebooted ‘Battlestar Galactica’. She looks fantastic as well, but was much quieter than I expected – at least compared to her role on ‘BSG’ anyway. Now I’ve got autographs from Kate Vernon, Grace Park and Michael Trucco from that show. It sure would be nice if Edward James Olmos came by next year. (Hint, hint, EJO, if you’re reading this.)

Finally, I went to see Ethan Phillips (Neelix from ‘Star Trek: Voyager’). He was another very friendly fellow, and we chatted for a bit. On another note, Garrett Wang (Harry Kim) was there last year, but I’m still kicking myself for missing Robert Picardo, who was here for a separate book signing event in February or March I believe.

The Q&As were the next part of my agenda. Up first was a session with Nana Visitor and Chase Masterson that lasted for about an hour. The Con seemed to be really disorganized that morning, and the speakers weren’t even provided with microphone stands at their table. Needless to say, they had some technical difficulties. It was still a very entertaining and informative chat, though. You can read their Q&A here, and here’s another photo from that session: 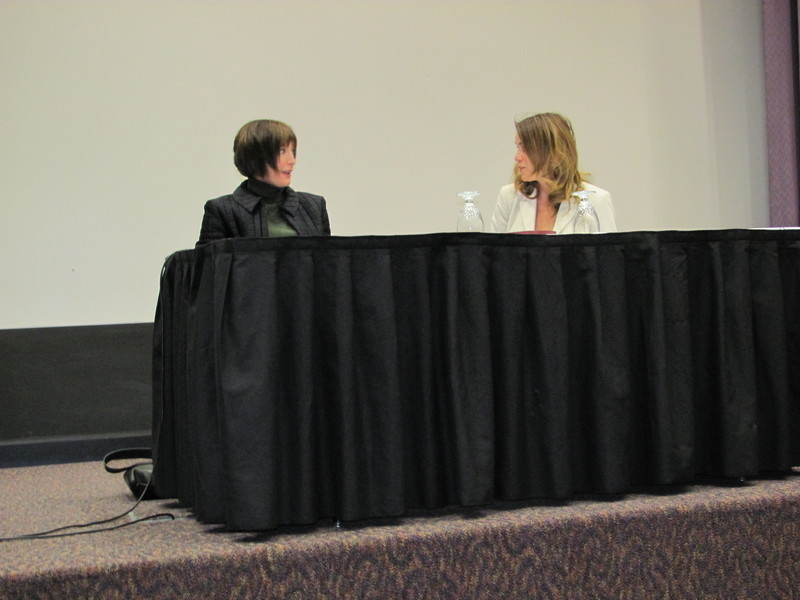 An hour later, I attended the Q&A with Jonathan Frakes. You can read a full a transcript of his frantic session here, and here’s another photo: 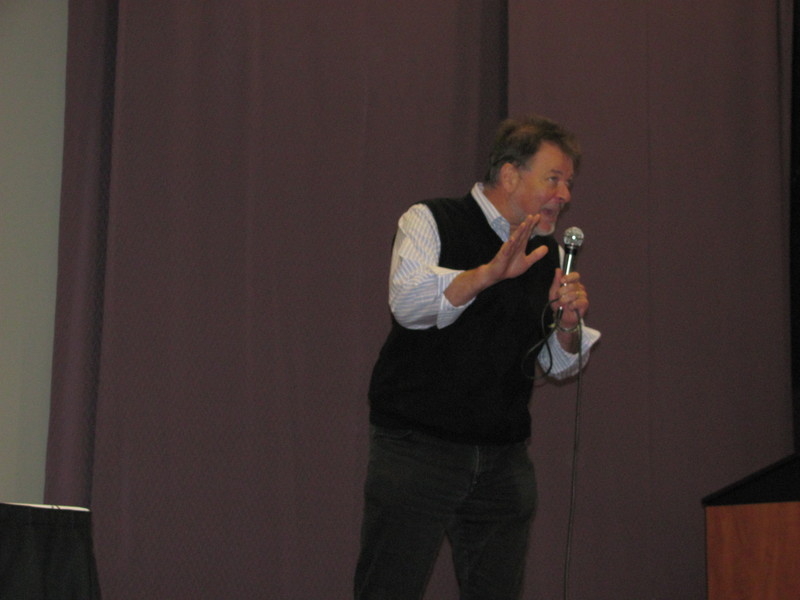 The rest of the day I spent looking around at all the different exhibits and vendors. I met comic artists Michael Golden, Tommy Castillo and “Marvel Zombie” extraordinaire Arthur Suydam. I picked up some signed prints from them and a book from Golden.

I also took a few pictures of the cars on display. I’m sure this one needs no introduction: 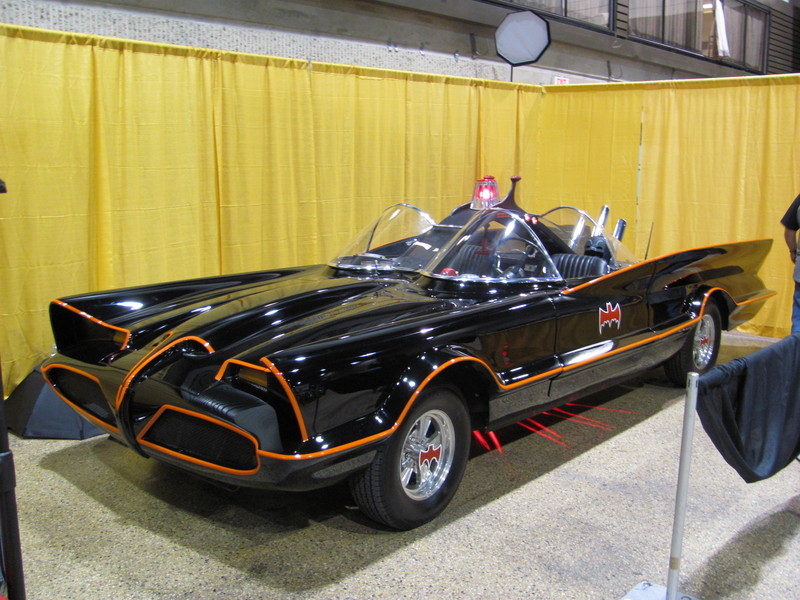 And this sure is a funny looking “Ecto-1,” but whatever: 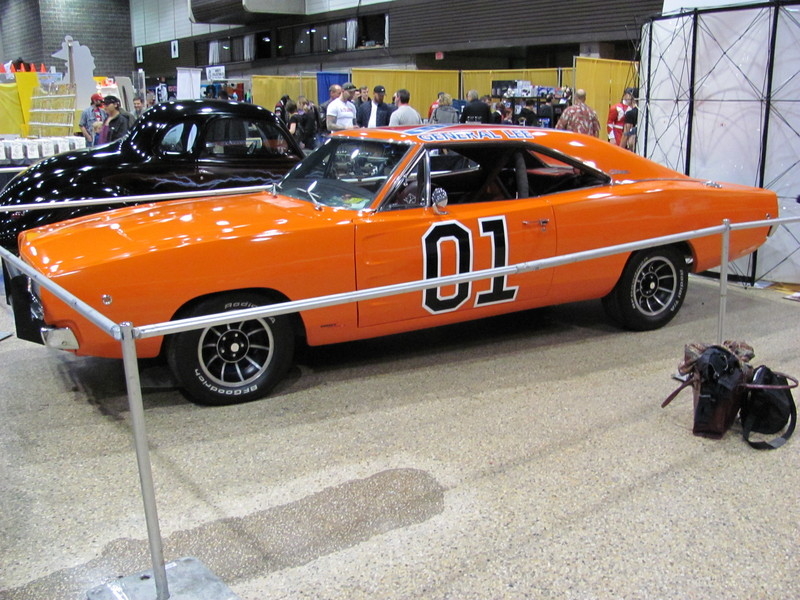 Sunday was basically just “Shatner Day” for me. Apparently, he was competing with his horses on Saturday, so that’s why he was only there on Sunday. I went to his Q&A which was somewhat interesting, but he made a point of steering most of his responses to his books and albums that he was selling at the show. Here’s another photo from that session: 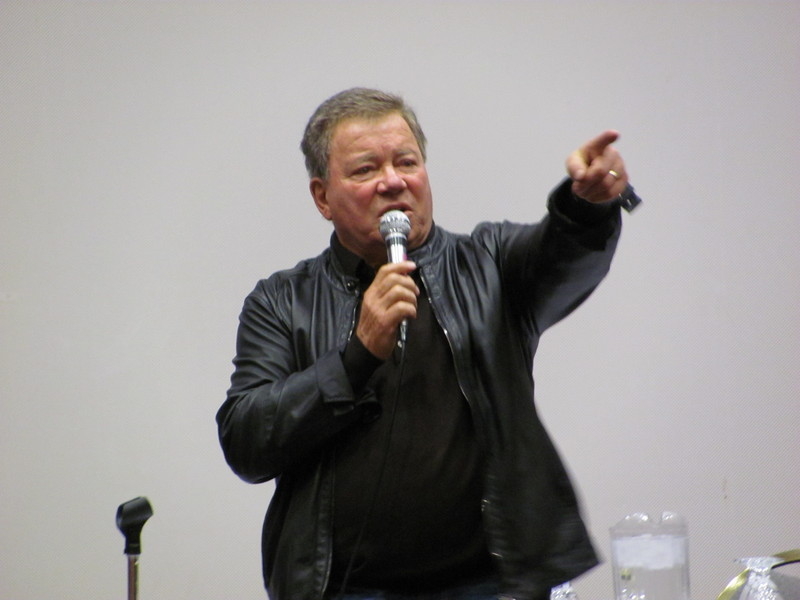 And of course, I just had to get the Shat’s autograph: 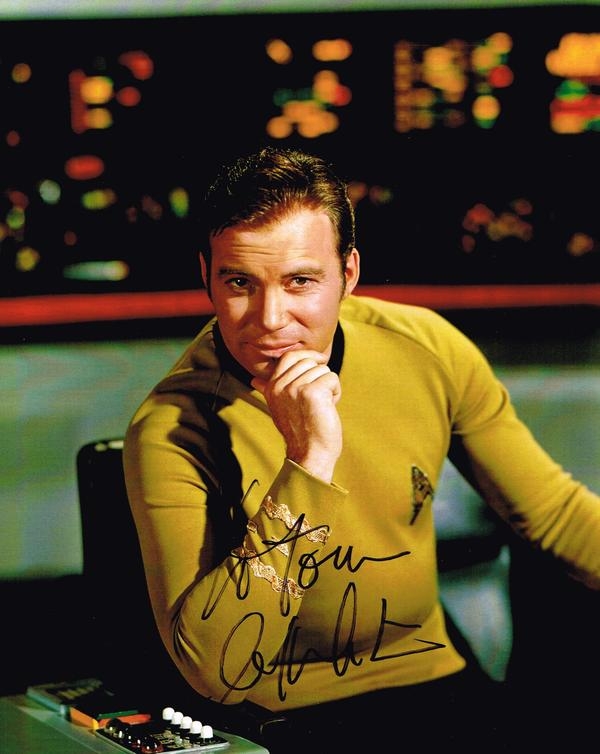 Unfortunately, I didn’t get to talk to Shatner for very long. His line-up was beyond huge, and his people were there herding the fans through as quickly as possible so that everyone would get a chance to see him.

All in all, C4 was a great experience and I’m definitely looking forward to next year’s events. Hopefully, Brent Spiner will stay on schedule for that one.