After my hectic first day at the Calgary Expo, I figured that Saturday would have to be much smoother sailing. Boy, was I wrong. In fact, the media pass fiasco was merely a bad dream compared to the full blown nightmare that swept through the con by mid-afternoon on Day 2.

The day actually started without a hitch. I made sure to arrive early again, except this time I had a few hours to kill before the panel I wanted to attend. The first place I went was the room where all the celebrities would be hanging out to sign autographs. Since a line was already forming for Patrick Stewart (who would be arriving shortly), I decided to meet him first while it was still relatively short. After about ten minutes or so, I was face to face with Sir Patrick Stewart, and what a pleasant fellow he was! I got an autographed photo of Jean-Luc Picard in his white dress uniform, which was the one he seemed to favor most. Here’s a photo of the autograph signing: 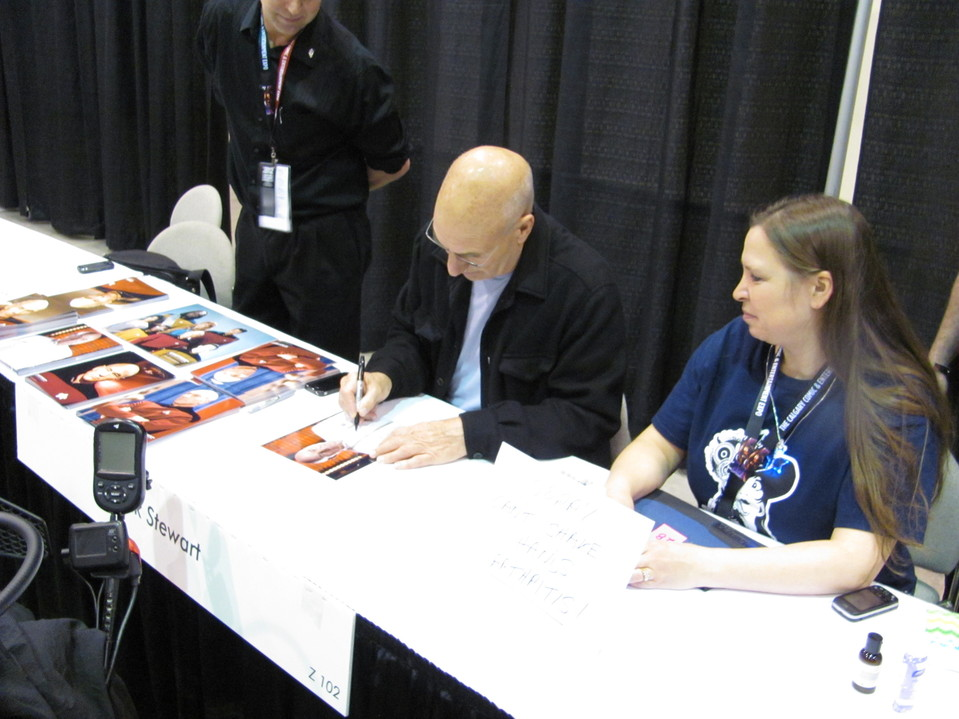 Next, I went to see Robert Englund from the ‘A Nightmare on Elm Street‘ franchise. He signed a photo of Freddy Krueger for me (and called me his next victim). I also bought his book, ‘Hollywood Monster: A Walk Down Elm Street with the Man of Your Dreams’ (which is a fantastic read and can be ordered from Amazon, by the way) that he personalized. Robert was such an awesome guy. He even posed for the camera: 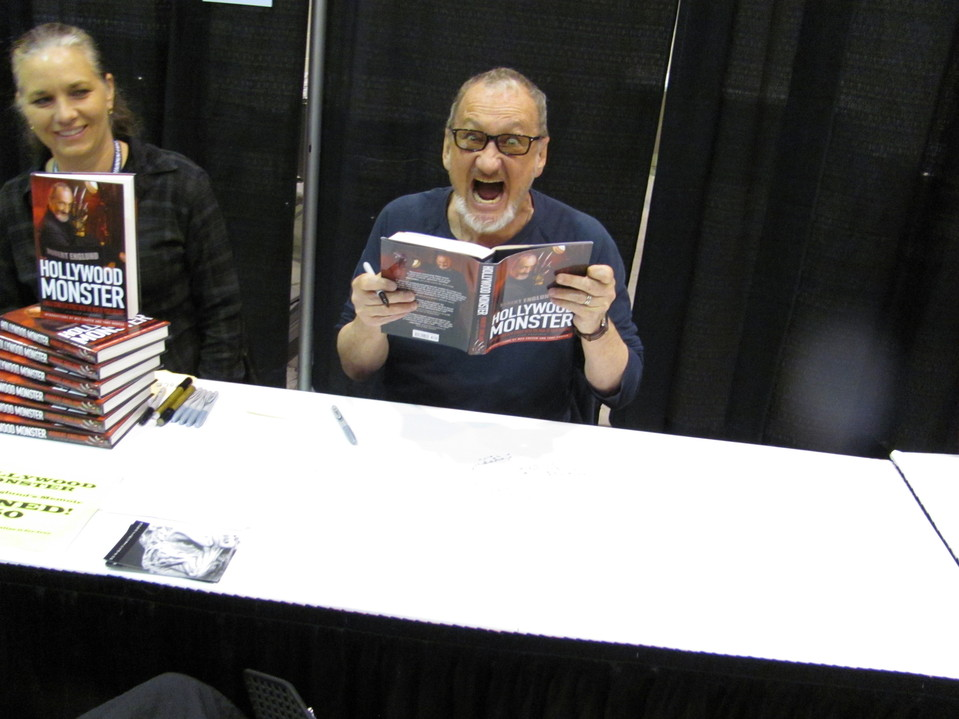 I decided to complete my ‘Star Trek: The Next Generation’ autograph collection by visiting Denise Crosby, Gates McFadden, Marina Sirtis and everyone else who wasn’t Jonathan Frakes or Michael Dorn (who I already met here in Winnipeg). Everyone was very down-to-earth, and still seemed to be in awe by the fan turnout.

At noon on Saturday, I attended the ‘Star Trek’ panel with Brent Spiner, Wil Wheaton and LeVar Burton, which was moderated by Teddy Wilson of ‘Innerspace’ (a show on the Space channel in Canada). This was a fun and highly entertaining Q&A. Spiner in particular is a real card. Keep an eye out for a transcript of this panel in the next week or two. Here’s a shot from the panel: 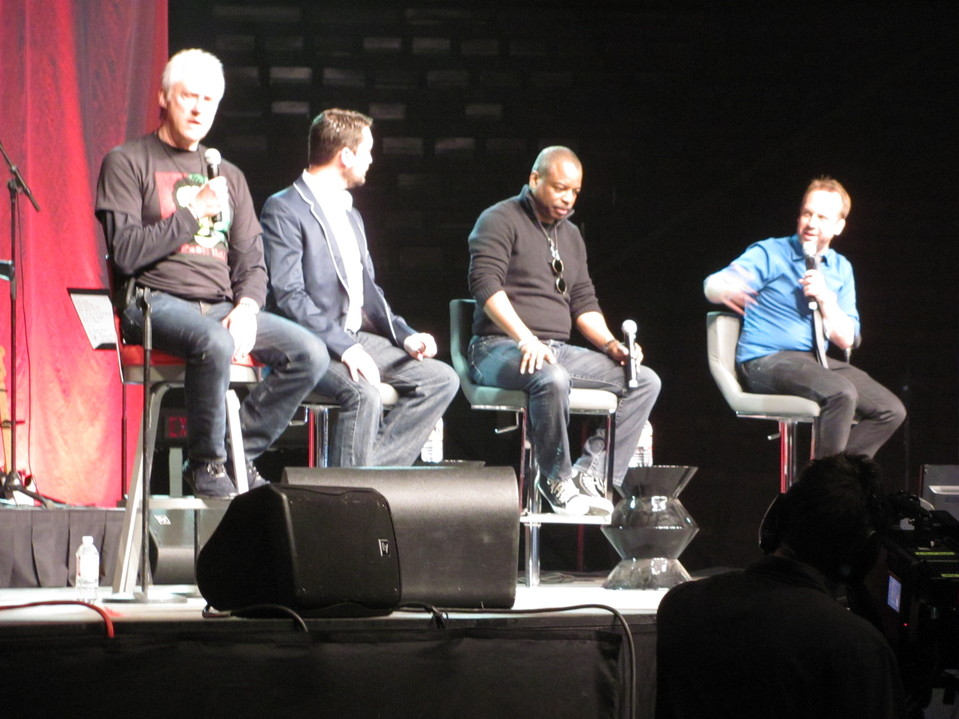 After the panel, I had to fight my way through an insane crowd just to get back to the autograph room. For a comparison, here’s an early morning shot when it still wasn’t too bad: 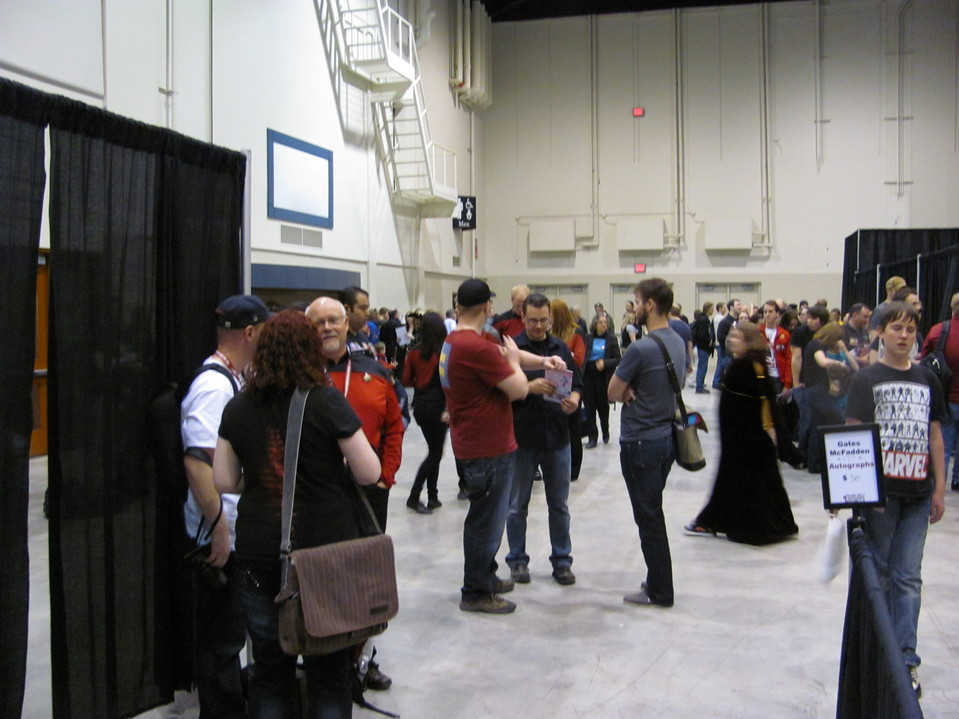 And this one (taken a few hours later) is about when the nightmare hit: 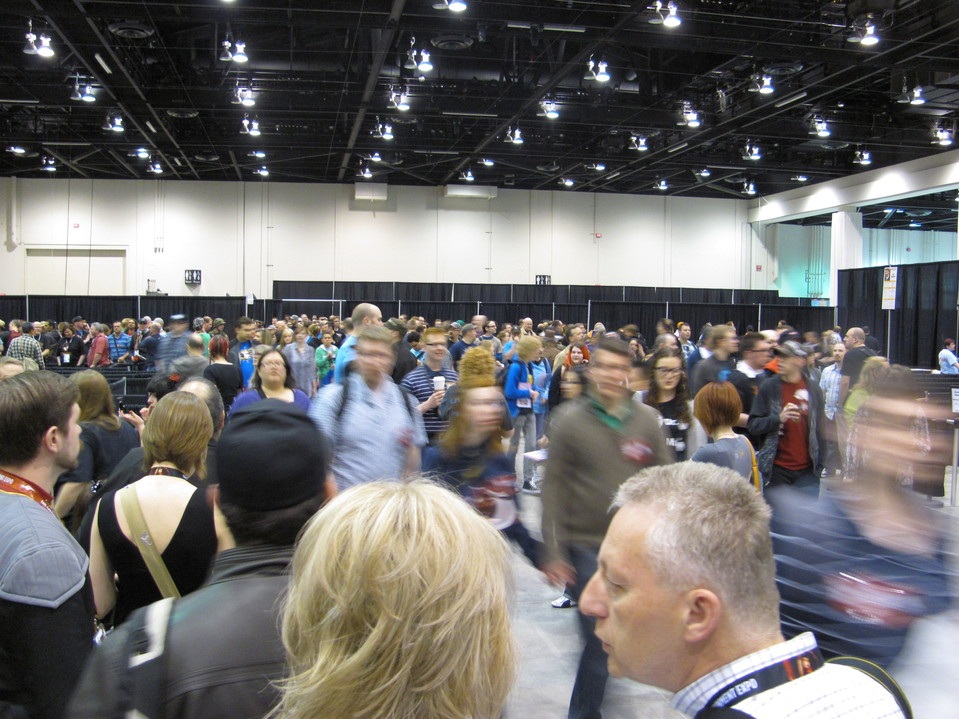 Apparently, last year’s Calgary Expo had something like 30,000 attendees over the weekend. But Katee Sackhoff told me when I was at her table that she heard we were already at 60,000. However, according to the evening news, the final tally was over 100,000 people.

People were crammed like sardines, and it was almost impossible to move anywhere. There were so many people that the fire marshal actually locked the place down to prevent anyone else from coming in. The result? Angry mobs who paid for tickets and/or photo ops and couldn’t get into the building. Luckily for me, the media pass got me in and out of pretty much any door I wanted, but I can see why people were upset. It was MADNESS. 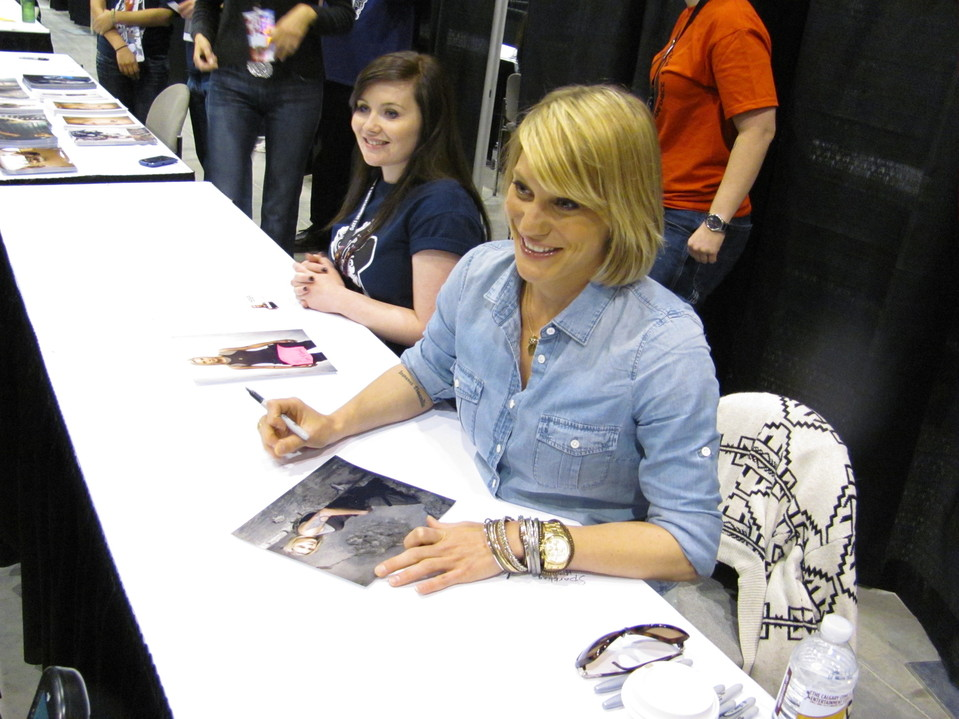 After Katee, I completed my ‘Battlestar Galactica’ run by meeting Richard Hatch and Aaron Douglas. From there, I went to a full ‘ST:TNG’ cast signing where the entire bridge crew signed posters and passed them down the line. It was a pretty surreal experience seeing all of the actors together again about two feet in front of me.

The main event (called “Star Trek: EXPOsed”) took place that evening in the Corral. The show started very late. The 7:00 PM showtime didn’t happen until around 8:30 PM, but eventually all nine cast members were on stage together for about an hour, answering questions and reminiscing about old times. Even a few surprise guests stopped by. Here’s a photo of everyone on stage: Despite the late start, the show was definitely the highlight of the weekend. If all goes well, hopefully I’ll have a transcript of this one too.