The 2012 Calgary Comic & Entertainment Expo has come and gone. Legions of fans came to celebrate the 25th anniversary of ‘Star Trek: The Next Generation’ and meet the entire cast of the classic television series, but to say that the event was embroiled in chaos and confusion would be an understatement indeed.

I arrived about a half hour early on Friday morning to beat the parking rush and pick up my media pass for the weekend. It’s a good thing I did, because the convention was so disorganized that nobody seemed to know much of anything at all.

To make a long story short, I was sent on an hour-long wild goose chase that must have covered every square foot in the entire multi-building complex just to find the media check-in table. Not until after I started to assemble my own fellowship, which included a couple of volunteers and a security guard, was I finally was taken to the right place, which was inconveniently located well off the beaten path. So, it’s no wonder that it was nearly impossible to find. Hey, here’s an idea! Maybe next time, how about having sign in near the entrance? Or is common sense too much to ask for?

Needless to say, I was more than a little perturbed by this point, so you can imagine how I felt when I was then informed that they had no record of my exclusive interview requests that I sent in about a month prior. No Katee Sackhoff. No Robert Englund. Nothing. But I got my media pass, so I guess that’s something. 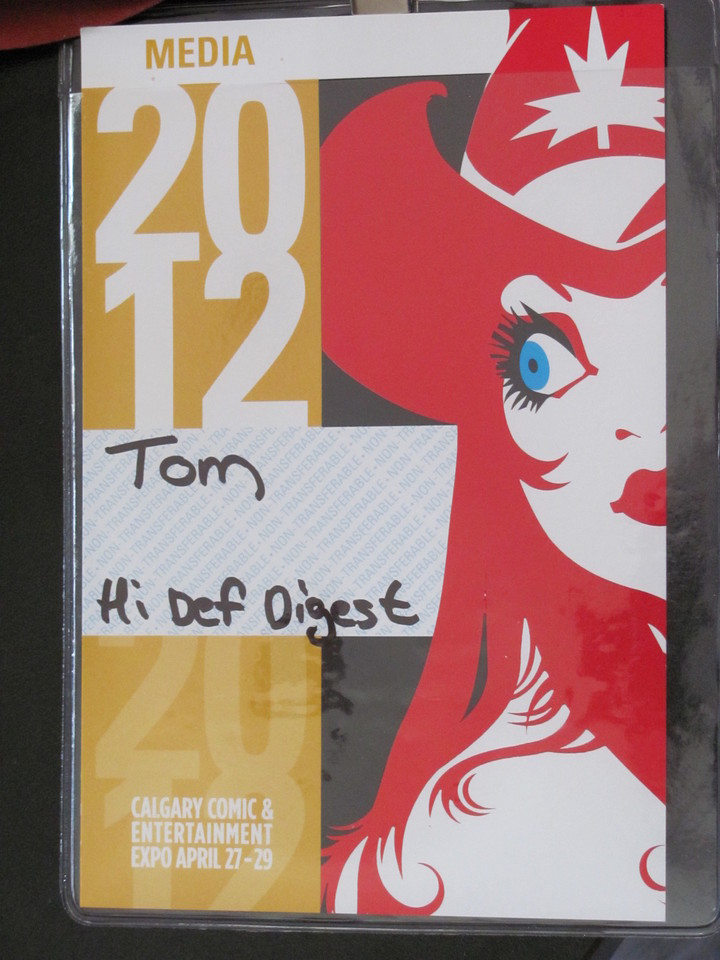 With my pass in hand, I had to hightail it way over on the other side of the convention again to make the 4:00 PM panel with Gates McFadden and Denise Crosby from ‘Star Trek: The Next Generation’. The panel took place in the Corral, which is a mini-arena that I assume is used for rodeos and such during the Calgary Stampede. The Q&A lasted about 45 minutes. Hopefully, I’ll have a transcript of the chat in the near future for anyone interested.

I didn’t stay too long after the panel on Friday, but I got a few photos of some of the more dedicated con-goers roaming the event. I’m guessing that the below model is an anime character, though I could be wrong. 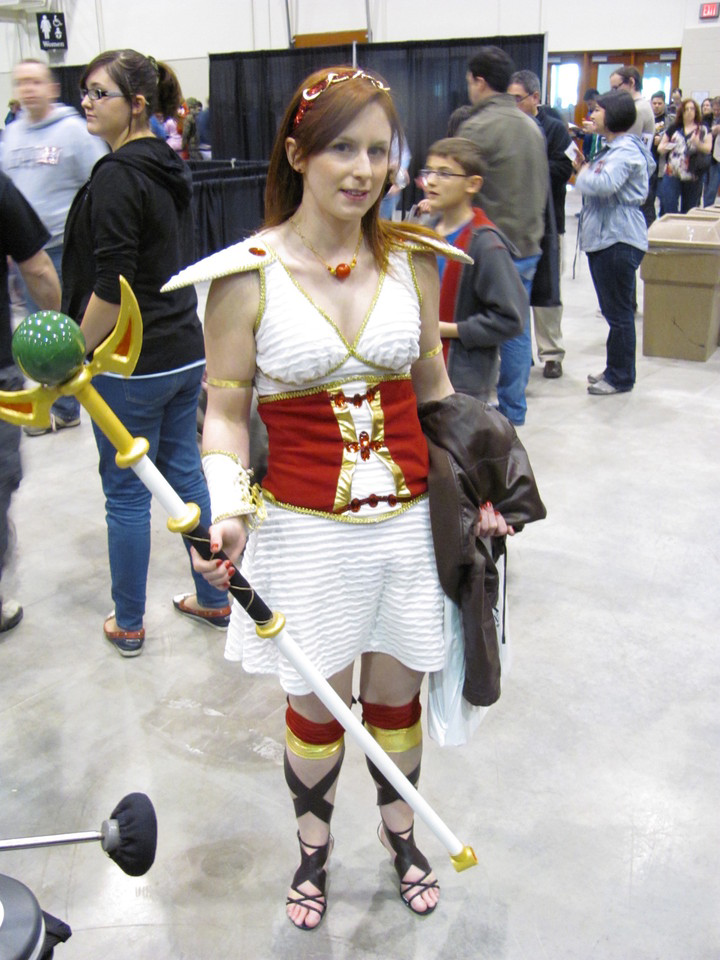 Here we have Elektra clad in black: 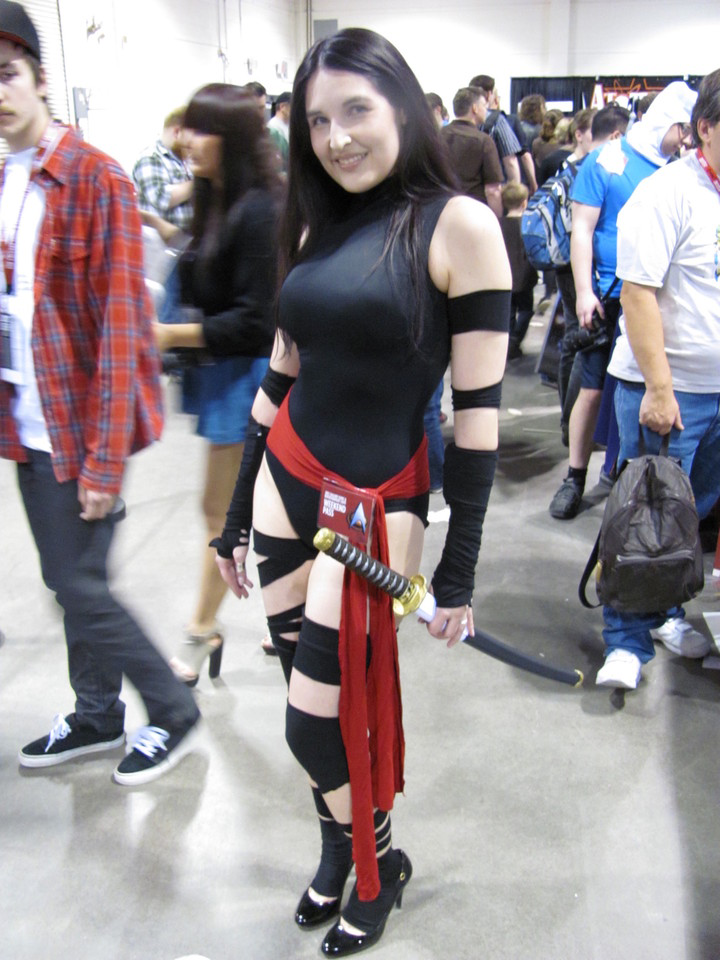 I’m actually not sure what this young girl is supposed to be, but she was happy to pose for the camera anyway. 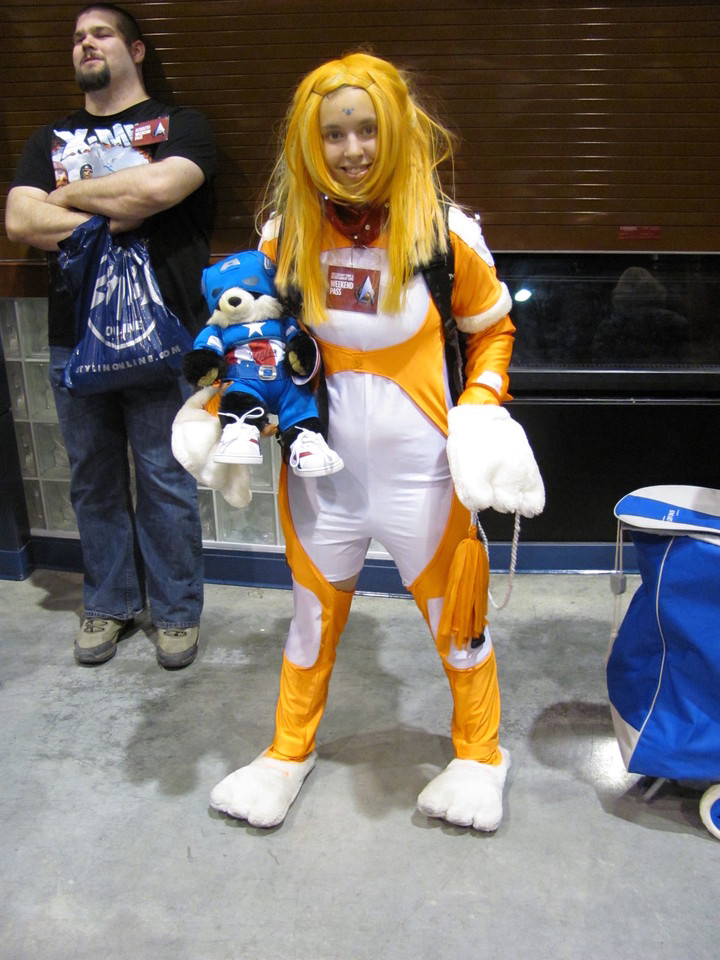 This life-size replica from the ‘Saw’ franchise was pretty cool. The bike was actually remote-controlled by the owner and even had the infamous laugh. It scared the shit out of little kids. 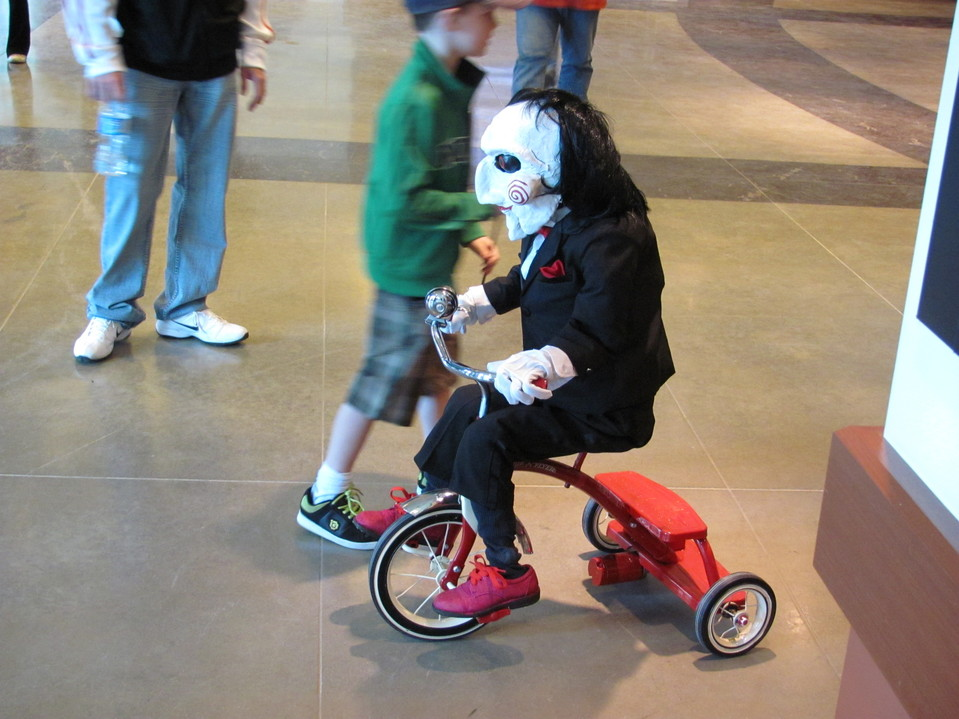 Finally, I came across this guy in full pirate garb. Damn, he had to be hot in all that leather. 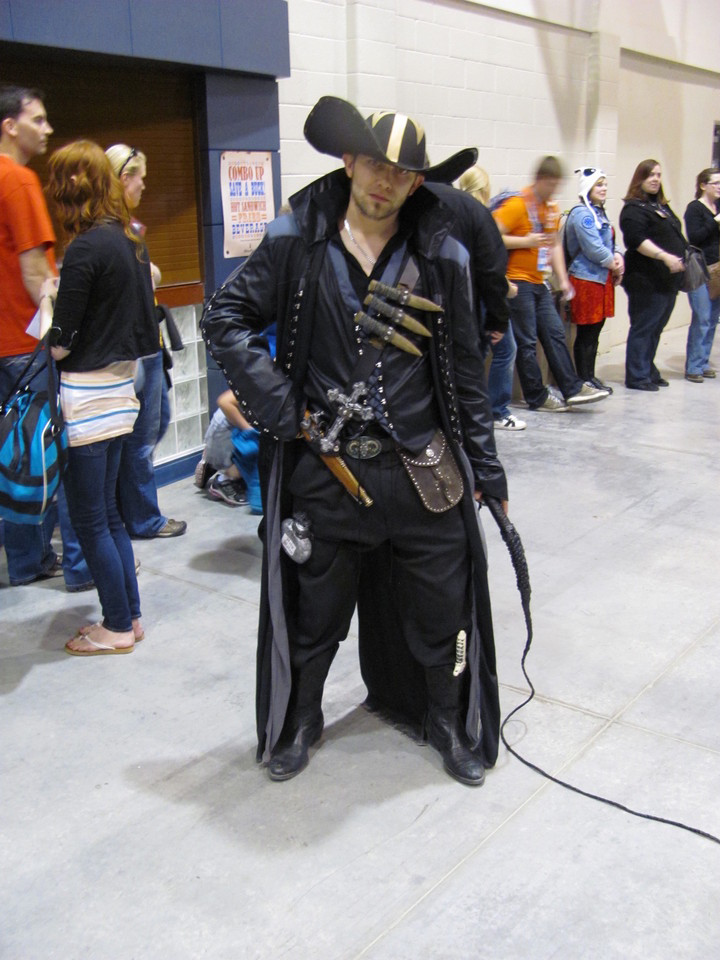 If Day 1 sounds crazy to you, just wait until you see my coverage for Day 2.