One of the reasons I was glad to see Jennifer Lopez back as a judge on ‘American Idol’ was to see what kind of crazy get-ups she’d bring this season. Previous highlights included a 1950s poodle skirt, a hot pink dress with a huge slit up the leg (right after Angelina Jolie’s notorious Oscar pose), and several attempts to bring back M.C. Hammer parachute pants. On that front, she has not disappointed. Here are a few doozies we’ve seen so far.

For the season premiere episode, Lopez gave us a tribute to Madonna’s “Crazy for You” video from ‘Vision Quest’. The tousled hair, the yellow/green day glow nails… it was totally rad. As someone who lived through the ’80s and wore this stuff the first time around, I don’t really need to see it again. However, I might need to see a young Matthew Modine in ‘Vision Quest’ again. 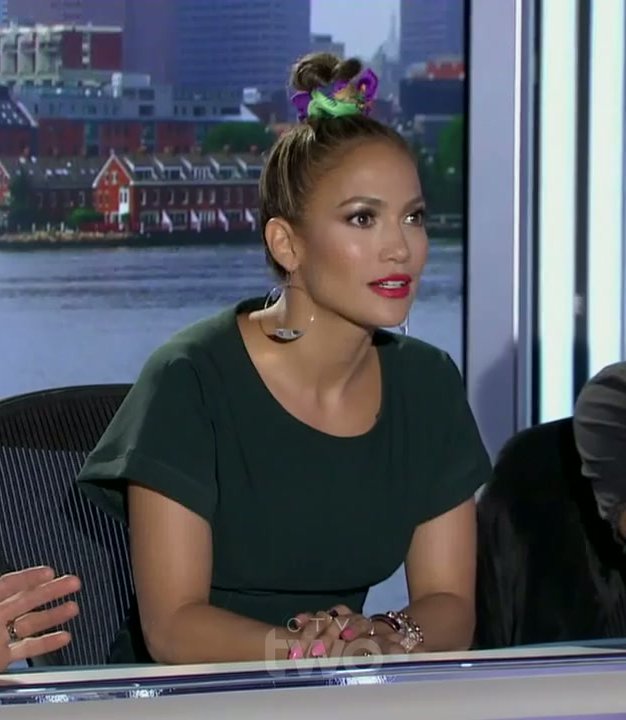 After that, she wore a normal outfit or two. But then Sybil showed up in a red and black plaid flannel night shirt with a belt around the middle – which she wore with Day-Glo pink nails. Whaaaat? I’m pretty sure that they’re not wearing this kind of stuff back on the block, as her block is not in Freeport, Maine. 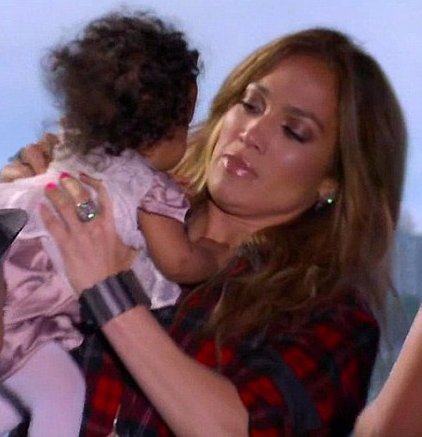 She’s also given us a skin tight red lace dress that was very nice, but was in no way appropriate for daytime, an ill-fitting black and white sweater that reminded me of the videogame ‘Zuma’, and several other less memorable ensembles.

Sometimes, it’s not just her outfits that are questionable. Her zaniest makeup job to date has been a Japanese doll look with hot pink shiny cheeks, bubble gum vinyl lips and pink eye shadow. All she needed were some circle contact lens and a time machine, because no 42-year-old should ever wear a look like this, Jennifer Lopez or not. 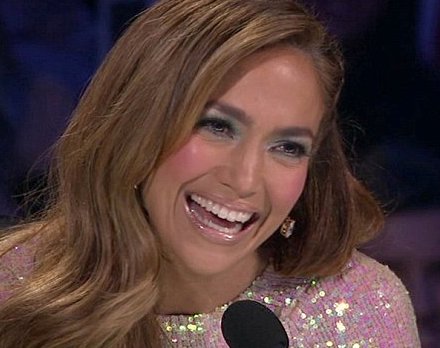 What will the rest of the season bring? I hope we’ll see some Bo Derek braids. I also predict more wild oscillation between looks typically worn by Miami seniors, chorus girls and 20-year-olds.