The new "King of TV" has been named.

LG's 65-inch G6 OLED has been crowned the winner of the Value Electronics 2016 TV Shootout at the CE Week tradeshow in New York City. The display was judged in competition against other flagship models from Sony, Samsung, and VIZIO. High-Def Digest was on hand at the event and participated in the vote, so stay tuned for in-depth impressions from the shootout!

"This is the third consecutive year LG OLED TV has won the TV Shootout, and it's because LG continues to make the best TV technology in the industry even better," said Tim Alessi, Senior Director, Product Marketing for home entertainment at LG Electronics USA. "Our 2016 OLED TVs not only deliver perfect blacks and infinite contrast, but also offer stunning high dynamic range images as the first to support both Dolby Vision™ HDR and HDR10 with 'Ultra HD Premium' certification by the UHD Alliance. We're thrilled to add the Shootout recognition to the growing list of accolades that LG OLED TV receives from experts, Academy-Award-winning filmmakers, and consumers alike." 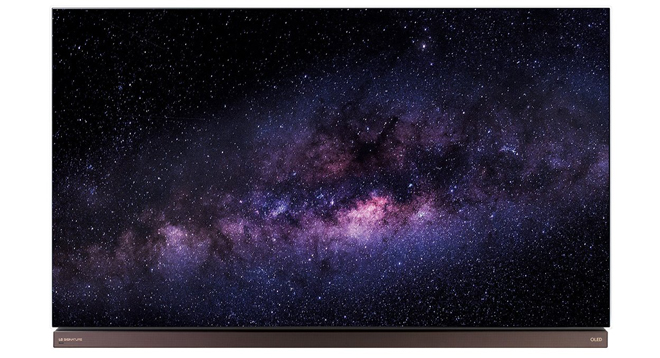 The Value Electronics TV Shootout placed the industry's best TVs side by side in order to choose the new "King of UHD TV." The selected TV models were measured and compared against each other based on various display aspects, including black level, perceived contrast, color accuracy, motion resolution, and more. The audience then voted on the different picture quality attributes to determine a winner.

"LG, for three years in a row, has bested its competitors to take home the crown in an intense side-by-side comparison," said TV Shootout organizer Robert Zohn, owner of Value Electronics, a leading specialty retailer based in Scarsdale, N.Y. "The experts and CE Week attendees have spoken: LG OLED TVs continue to deliver superior picture quality for an unparalleled viewing experience that no other technology can offer."

Be sure to check back soon for detailed impressions from the shootout along with more highlights from CE Week 2016!