Everything We Know About Ultra HD Blu-ray

What does that mean for us?

Burger King, baby. We can have it our way.

Hate going to the movies because of other people? No problem, build a home cinema. Have no room for physical media? No worries, welcome to VUDU and iTunes. Tired of paying for cable TV channels you never watch? No sweat, here's a Roku or Apple TV.

The home entertainment universe is ours to build as we see it. However, no matter how fast your internet is, broadcast and streaming have never surpassed the overall quality and data rates offered by Blu-ray (especially on the surround sound front). And Blu-ray's about to get a lot better.

Dubbed Ultra HD Blu-ray, this next generation optical disc format is currently in the licensing and early-product development phase of its roll out.

What is Ultra HD Blu-ray exactly? How will it compare to 4K streaming and the original Blu-ray? We have a lot of questions, which is why we were excited to join an online roundtable with the Blu-ray Disc Association hosted by BDA board members Benn Carr, from DTS, and Ron Martin, from Panasonic Hollywood Lab.   Ben and Ron weren't able to comment on specific content or hardware, as those things are out of the BDA's control, but we learned a great deal. Hopefully this article will serve as a guide for anyone wondering what the heck the next evolution of Blu-ray will be like. Let's begin.

UHD Blu-ray video will be encoded in HEVC H.265 at up to 100Mbps (compared to 5-15Mbps for streaming). It supports up to the Ultra HD 3840 x 2160 resolution as well as Full HD 1920 x 1080 at 24p, 25p, 30p, and 60p. Meaning, much like Blu-ray, UHD Blu-ray is a container with support for resolutions lower than maximum capability, but still offers features impossible on Blu-ray Disc -- ie, one could release 1080p (High Frame Rate) content if one so chooses. Content resolution identification will continue on the back of disc packaging. 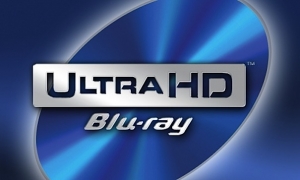 Many home theatre enthusiasts question the visual benefits of "4K", which is why the BDA is quick to point out that Ultra HD Blu-ray is much more than a resolution bump. It also offers 10-bit SMPTE 2084 HDR (High Dynamic Range), 4.2.0 chroma sub-sampling, and an expanded color gamut. Current Blu-ray discs are 8-bit and limited to the BT.709 color space. Ultra HD Blu-rays can still be graded in BT.709, but now add P3 (the theatrical color space) and BT.2020 (also called Rec.2020) capabilities.

In other words, while Blu-ray is unable to accurately reproduce "firetruck red" or "highway sign green" and uses as much as 95% of its signal to produce bright white (in BT.709), Ultra HD Blu-ray will show you more true and life-like colors than ever before while setting the color white at a 50% level, leaving much more headroom to reproduce highlights and spectrals (think explosions and fireworks). Dolby Vision and other HDR formats are possible on top of SMPTE 2084, but not required. Those technologies will also be tied into specific displays, something the BDA does not control.

We can also officially confirm that Ultra HD Blu-ray does not support 3D -- Ultra HD Blu-ray discs are 2D-only. However, hardware manufactures remain free to build Ultra HD Blu-ray players also capable of supporting current generation Blu-ray 3D (stereo 1080p for both eyes). Perahps this isn't that big of a deal in the sense that current gen Ultra HD displays aleady drop down to 1080p for 3D anyways (ie, we're not sure if this comments directly on 3D's viability, or if its simply a technological hurdle). Lastly, all Ultra HD Blu-rays are equipped with HDCP 2.2, so keep that in mind in regards to your AV Receiver and display -- all of your other gear will also need to be HDCP 2.2 compliant or the signal won't pass through.

Unlike the video, which has seen a resolution bump while adding 10-bit HDR and wider color gamuts, Ultra HD Blu-ray audio specifications remain unchanged from the Blu-ray format.

Meaning, all Ultra HD Blu-ray players must decode both Dolby and DTS codecs to stereo, as well as be able to bitstream them out to external decoders via HDMI. This means Ultra HD Blu-ray remains fully compatible with lossless codes like Dolby Atmos/True HD and DTS:X/HD-MA as well as 8-channel LPCM. Auro3D remains a bit of a question mark; it is not part of the UHD BD specifications, but may be possible via an LPCM encode.

The Export feature is more like Digital HD Copy or Ultraviolet; access your content via third party apps on portable devices. How exactly this works is still up in the air (do you need to use physical discs like the early iteration of Digital Copy, or is it more like Ultraviolet where you redeem a code?). Also, third-party partners like iTunes, VUDU, Amazon, etc. have not been announced; it will be up to them, as studio partners, to decide whether or not they will join Ultra HD Blu-ray for this feature.

Ultra HD Blu-ray are the same diameter as Blu-ray, DVD, and CD optical discs, but are capable of storing up to 100GB. You will not need an internet-connection to play UHD Blu-ray Discs, but there is a mechanism in place for such a requirement if content producers want to use them (perhaps as an activation key for pre-release review discs), though implementation will likely be rare. 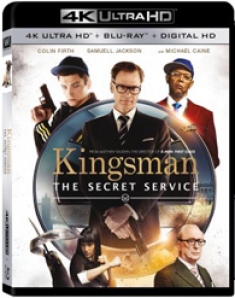 20th Century Fox is the only studio to have officially announced Ultra HD Blu-ray titles. The first batch includes 'Kingsman: The Secret Service,' 'Exodus: Gods and Kings,' 'Fantastic Four,' 'X-Men: Days of Future Past,' 'Life of Pi,' 'The Maze Runner' and 'Wild.' The BDA is hopeful more announcements will come by or at CES 2016 (January 6-9).

Many have wondered what studios will do with content that was originally produced in 2K (ie, there are no 4K assets). The BDA pointed out that those titles are free to be released in a sub-4K resolution on Ultra HD Blu-ray, still benefitting from HDR and the wider color space. My personal guess is that native-2K content will be up-rezzed to 4K as part of an HDR remastering process.

Samsung announced the world's first Ultra HD Blu-ray Disc Player, the UBD-K8500, last month, but was mum on pricing, availability, and detailed specifications. Panasonic announced its first player, the DMR-UBZ1, this week. The UBZ1, intended for the Japanese market, will go on sale November 15, includes a 3TB internal HDD, and costs 400,000 yen ($3,327 USD).

Ultra HD Blu-ray Disc Players must support all of the specifications mentioned above, from resolution to color space to audio formats. They must also be backwards compatible to Blu-ray Disc and, while there is no mandate in the specification, many manufacturers will likely opt to include support for 4K streaming services, Blu-ray 3D, DVD, and CD along with numerous other digital file formats (please make sure to examine any player's technical specifications before purchasing).