Hey there movie fans – Universal Studios and High-Def Digest are teaming up to give away ONE 4K Ultra-HD Blu-ray of Guy Ritchie’s The Gentlemen!

Starring Matthew McConaughey, Charlie Hunnam, Colin Farrell, Michelle Dockery, and Hugh Grant – among many others, The Gentlemen is a nice return to Guy Ritchie’s Crime/Comedy roots featuring an all-star cast of colorful characters who happen to be the worst career criminals of the underworld.

Since this movie is a Crime/Comedy – let’s keep things lighthearted. There’s enough bad news in the world today so let's have some FUN. Here’s how you enter:

3. In the Disqus comment section below or on the pinned post on Facebook – Tell us a joke! Knock Knock Jokes, Limericks, and yes Puns are eligible – whatever makes you laugh, share the funny - (just keep things PG-13 thanks)!

The will have 24 hours to claim their prize or I'll have to move on to the next contestant.

Since the disc will be coming direct from the distributor, only U.S. residents are eligible and can not be sent to a P.O. box.

Thanks and have fun! 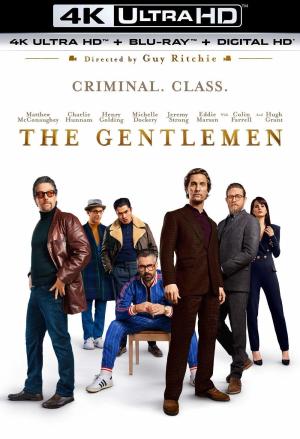