Miss Out On Turbine's 4K Ultra HD SteelBook of Texas Chain Saw Massacre? A Standard Release is coming May 20th

Did you miss out on Turbine's excellent SteelBook release of The Texas Chain Saw Massacre? A standard release is on its way May 20th, 2022.

Even with four packaging options, Turbine Media Group's new 4K Ultra HD Blu-ray of The Texas Chain Saw Massacre sold out in record time. If those SteelBooks weren't your thing, don't gas up the chainsaw in a cannibalistic rage to get one - a new standard softbox release is on its way for May 20th, 2022 and is now up for pre-order at Turbine's shop! 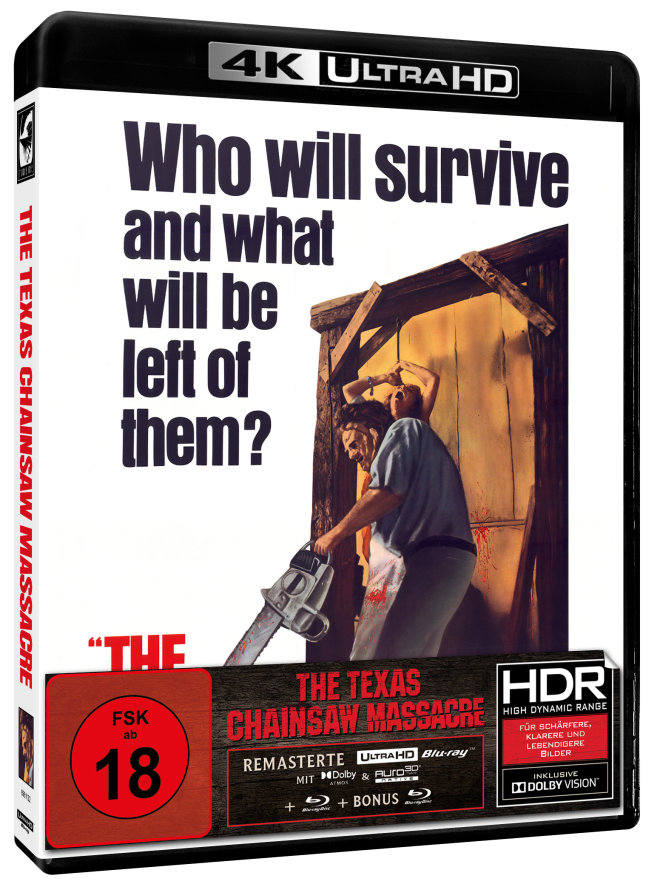 You're getting all of the same discs and bonus features content of the SteelBook set - just without the slick fancy packaging. You're still getting the excellent Dolby Vision HDR (and HDR10) transfer with the terrific Atmos and Auro3D audio options along with all of the audio commentaries and extra interviews and documentaries. So in that regard you're not going to miss a thing. Now if you're feeling a little left out with this standard packaging, you do pick up what I think is a cool extra that the SteelBook release didn't have - reversible insert artwork depicting the original German poster art! 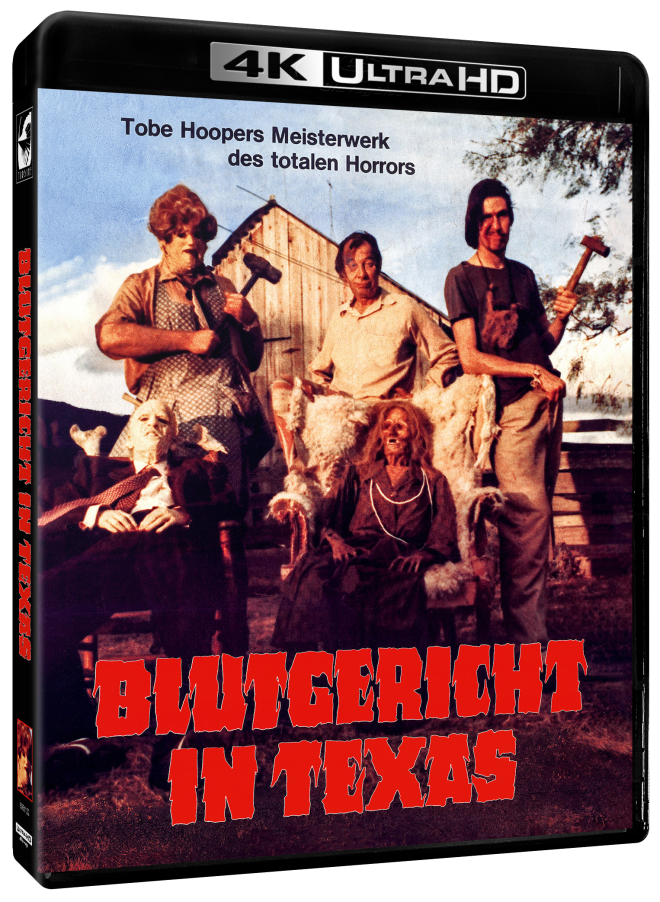 This is actually my holy grail of original movie posters and I haven't been able to get my hands on one out in the wild. I've seen them listed on eBay, but that ain't exactly the best place to shoot for authentic original movie posters. So on that note, I consider this a pretty cool little extra.

As I mentioned, this set is now up for pre-order - just follow the "Go To Store" button in our listing and it'll take you right over to Turbine's shop. If you're running Firefox or Chrome, your browser should automatically translate to German and you're all set.