Alright, after a semi-slow week for releases, things are beginning to heat up. I get the feeling the Summer is going to have a ton of 4K releases and a higher than average slate of blu-rays as well.

Welcome to Volume 2 Episode 51 of our weekly release guide. A look at the highlights of what's coming to disc this week, as well as a look at announcements from last week.

On the surface, this week looks like a very busy week. And if you are so inclined, you might want to buy a lot of the titles being offered. Let me explain as we go.

First of all, the new release of the week is titled Uncharted, and yes, it's *that* Uncharted, the one based on the Nathan Drake video game universe. You can get this one as a standard edition and as a general release SteelBook. 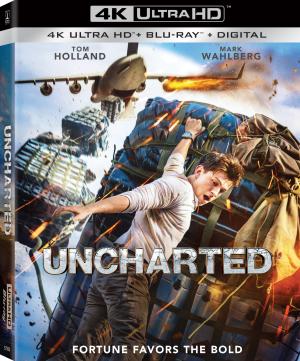 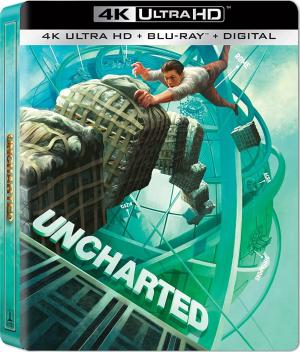 The Alfred Hitchcock Classics Collection Vol. 2 is also available this week, bringing you 5 more titles from his vast collection. Unlike the first collection, this one has got all the titles available individually as well on the same day, they are Family Plot, Marnie, Saboteur, Shadow of a Doubt and The Trouble with Harry. 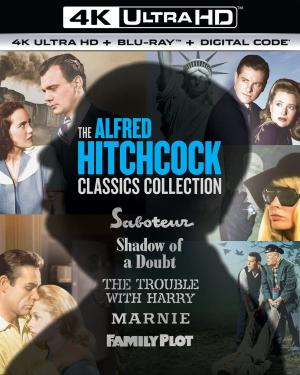 Getting the blu-ray counterpart listed first, Uncharted is available as a standard release.

If you have been collecting the series, Paramount's next Jason franchise single movie release SteelBook streets this week, Friday the 13th Part III.

From Scream Factory, look for Wes Craven's werewolf feature titled Cursed. This one is listed as a Collector's Edition. From the Shout Factory label, The Ghost and the Darkness, and finally, from the Shout Select label, Two For The Money. 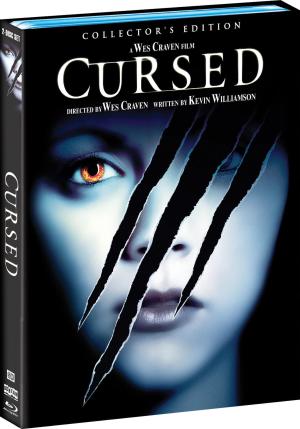 From The Warner Archive Collection, the 1972 crime/thriller The Carey Treatment.

If you've been waiting for a certain specific sequel, VCI has you covered with Dark Night of the Scarecrow 2. 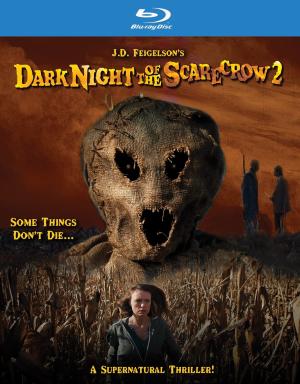 From Kino Lorber, a 3-D Film Archive restoration of Treasure of the Four Crowns (3D). 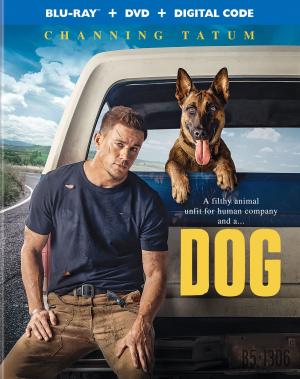 Anime highlights include Full Dive: This Ultimate Next-Gen Full Dive RPG... in a standard release and a limited edition, The Legend of Heroes - Trails in the Sky, Megazone 23 and The Saint's Magic Power is Omnipotent - The Complete Season. 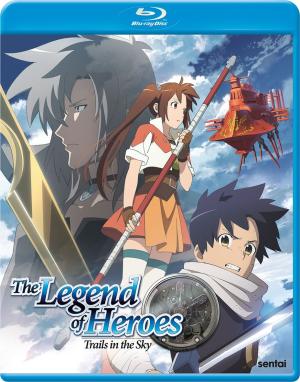 Honorable Mention: A little 80s nostalgia, A-ha: The Movie gets a blu-ray release. A few months ago it was pointed out to me that their signature hit video 'Take On Me' had recently had a 4K remaster posted on YouTube and I thought that was pretty random, but now this explains everything!

Robocop: The Series has been delayed 2 weeks to May 24th.

Shout! Factory's various labels have been busy with announcements for the month of July. Titles include a 4K release of Species, Lion of the Desert 4K, The Message 4K (previously leaked by another retailer for April, but obviously pushed back), blu-rays of The Six Million Dollar Man: The Complete Series, JFK Revisited: The Complete Collection, Pompo The Cinephile, Georgia Rule and Starhunter ReduX: The Complete Series. I would expect a couple of more titles to be added to this list in the next week or so, and also would expect to see an official announcement for the 4K collector's edition of Belle for an early July(ish) release as well.

Another Netflix release on blu-ray via Sony Pictures is coming June 14th, Fatherhood. Coming soon Better Call Saul: Season Six, which appears to be the final season, and Outlander: Season 6, just like before, a standard release and a Collector's Edition.

The Beatles: Get Back appears to be coming soon as well after being recalled due to audio issues. I would expect an official announcement soon for that as well.