The streaming TV platform is expanding its selection of kids entertainment.

Sling Kids is now available as part of the "Kids Extra" add-on pack for $5 per month with a Sling Orange or Sling Blue subscribtion. The content will now appear as a new channel in the guide, providing over 200 on-demand TV shows organized by age group in an easy-to-navigate format, directly within the channel. Curated selections include content for ages 2-4, 5-7 8-11 and 12+. Sling Kids programming will feature titles from Kabillion, Kaboom and Splash, including shows like 'Sonic X' and 'Chloe's Closet,' along with movies like 'The Missing Lynx' and 'My Friend Bernard.' Beyond the new Sling Kids content, the Sling Blue Kids Extra package will continue to offer live and on-demand programming from networks like NickToons, TeenNick, and Boomerang, while the Sling Orange Kids Extra package will continue to offer content from Disney Junior, Nick Jr., Baby TV, and more. 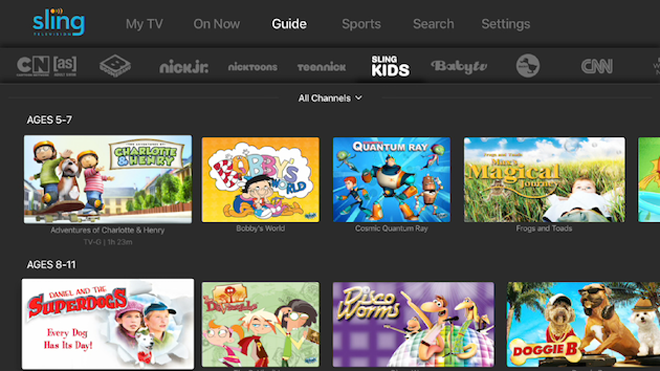