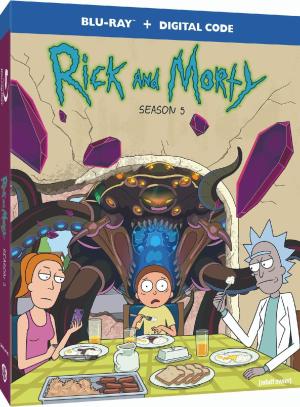 Mark December 7th on the calendar. The latest adventure of Rick and his wayward grandson Morty and their wild intergalactic adventures hits Blu-ray in a two-disc plus Digital release from Warner Brothers. In addition to all ten 22-minute episodes - you're getting a full slate of bonus features:

Discs mentioned in this article: (Click for specs and reviews)
Rick and Morty: Season 5 (Blu-ray)