Convicted of murder, naval officer John Robbins is exiled to Absolom. The secret prison island is divided into two camps: On the one hand, the evil Outsiders rule, led by the bloodthirsty Marek. On the other side live the insiders who want to spend their meager existence as peacefully as possible. When Robbins steals the Outsiders' ultimate weapon, he ignites a war between the factions. Although he finds refuge with the insiders, there is only one thought that keeps him alive: escape from Absolom...

Meanwhile here in the states, we're only getting a standard Blu-ray release. A fan favorite that's had pretty damn terrible home video releases post-laserdisc, No Escape or Flucht Aus Absolom as it's known in Germany finally gets the 4K Ultra HD Blu-ray treatment deserves from Turbine Medien. This deluxe three-disc Mediabook will offer the film in 4K Ultra HD with Dolby Vision HDR, 1080p Blu-ray, with an extra Blu-ray for Bonus Features. To sweeten the deal for folks looking to import this for the collection, Both the 4K disc and the 1080p Blu-ray will offer German and English Dolby Atmos and Auro 3D audio! You have three covers to choose from: 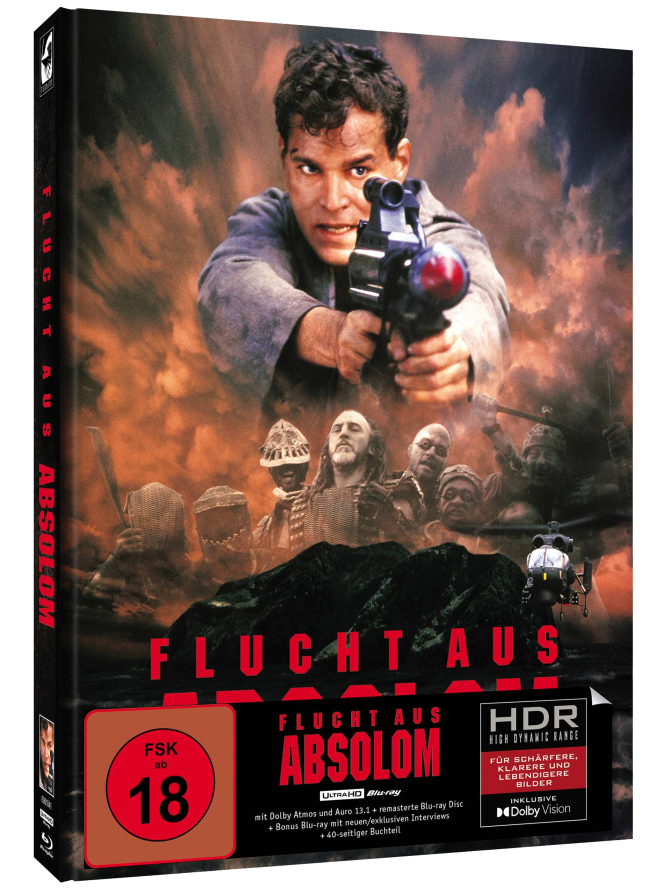 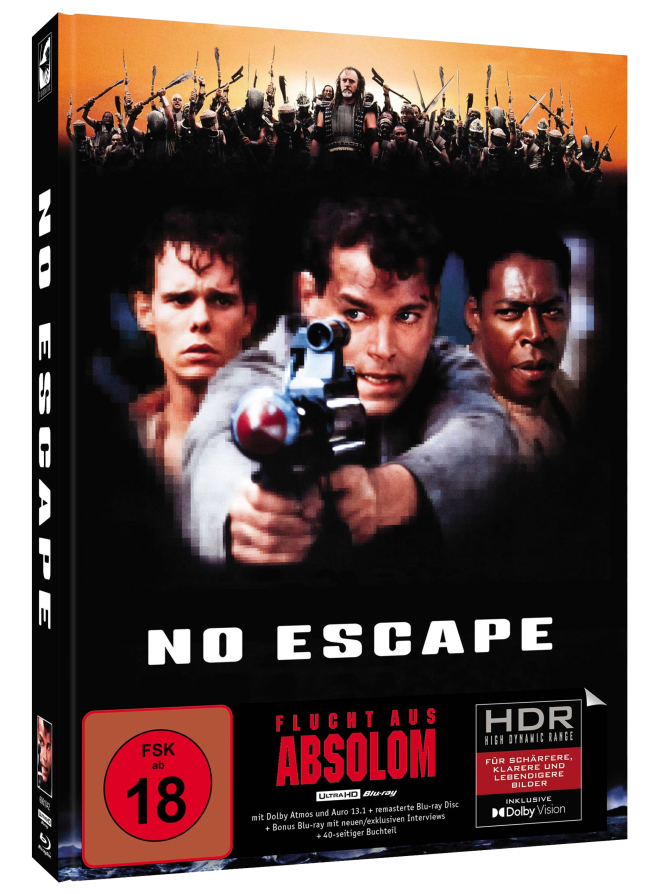 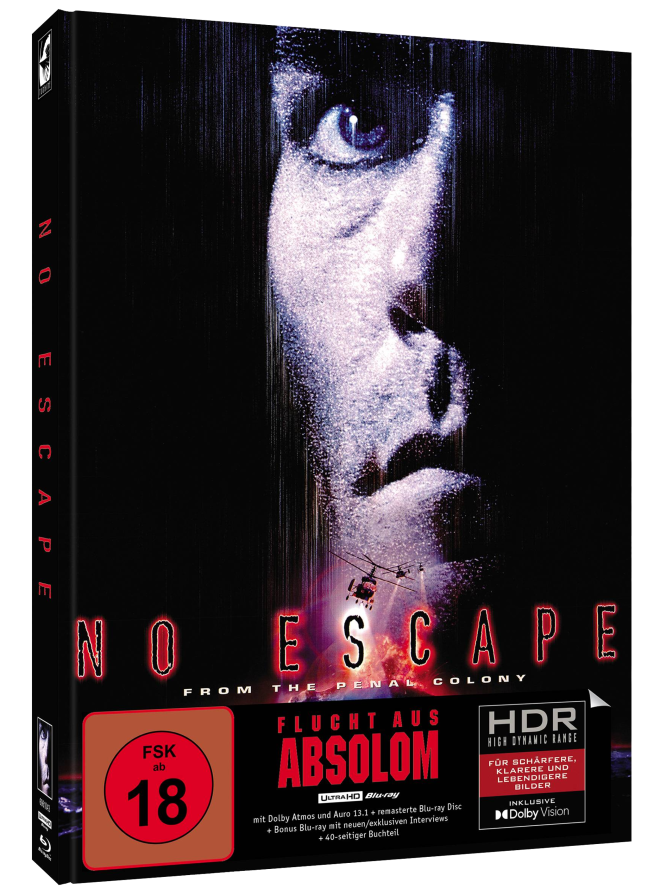 Here's everything you're getting on the discs and bonus features:

All of these are up for pre-order, we're hoping to review it ourselves, but these are likely going to sell fast! - Happy Collecting!