5 Things We "Hate" About The Marvel Cinematic Universe

As much as we love the Marvel Cinematic Universe, we have to be honest and admit, there are a few things we hate. Okay, hate's a strong word (cough-clickbait-cough). We don't hate the MCU at all, but we did a 5 Things We Love article and we wanted to balance that out, and 5 Minor Quibbles with the MCU doesn't quite sound the same. So, as Avengers Infinity War is set to dominate cinema screens this week, we thought it was appropriate to point out a few things we wish the MCU would do or could have done differently. Let us know in the comments below if there's anything you'd add to the list, or take off of ours.

5 Things We "Hate" About
The Marvel Cinematic Universe 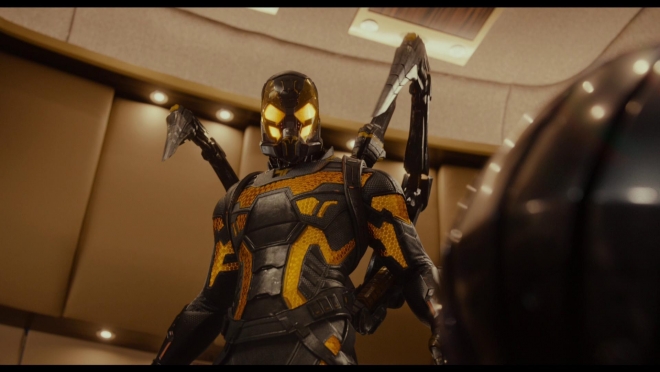 Aside from Loki, Ego, maybe Vulture, and with Thanos only-now making his true big bad galaxy dominating appearance - most of the MCU villains have been pretty weak sauce. Even Ultron, who had a film named after him, proved to be a relatively inconsequential villain. Baron Zemo, the guy who pits our heroes against each other in Captain America: Civil War - kind of a go-nowhere character at the end of the day. While Thanos has been teased as the big ultimate baddie of the universe, one can't help but wish there were higher stakes - how many bald corporate power-hungry ego-maniacs with access to high-tech weaponry are there in this cinematic universe? The MCU somehow even managed to make Hannibal actor Mads Mikkelsen a dead end villain for Doctor Strange - and that's something we "hate" to see!

While the MCU can be credited for letting great talent play with their toys, there have been some notable and unfortunate exceptions. Perhaps the most famous was the sad and unceremonious exit of Edgar Wright from Ant-Man. While Peyton Reed did a fine job and his followup Ant-Man and the Wasp looks to be another hit, one can't help wonder how different Ant-Man could have been with Wright in the chair. Toss in Wonder Woman director Patty Jenkin's exit from Thor: The Dark World due to creative differences and you can't help but wonder about the possibly great films that we missed out on. Granted, we don't know the full scale and scope that lead to these high-profile exits, so hopefully, they're isolated incidents.

3: Lack Of Solo Movies For Side Characters

Why hasn't there been a female fronted solo film for Scarlett Johansson's Black Widow? Let alone Renner's Hawkeye? There are a lot of great characters out there who seem to be constantly stuck playing the second fiddle when in their own comic book lore they are forces to be reckoned with. Granted, new heroes we haven't seen yet are exciting, but in all the noise of sequels and new heroes, some great characters who can hold their own weight and franchises are getting lost. I'd be 100% on board of a Haley Atwell fronted 50s/60s themed Agent Carter film and I'm sure there are a number of fans who would love to see that as well given the abrupt and unfortunate cancelation of the television series. These don't need to be $100million+ epics. Modest budget and room to play could make for a little extra fun for fans with a respectable return on investment for the studio. 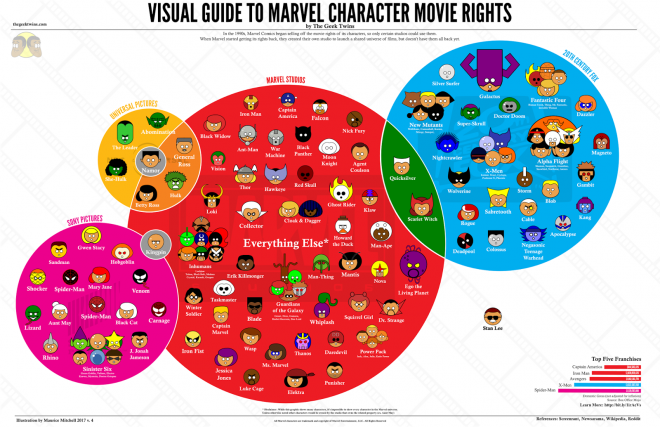 This infographic from TheGeekTwins.com perfectly spells out the rights mess that is Marvel. When you think of Marvel movies, you forget that multiple studios own or have licensed so many different characters. Sony has Spider-Man and Venom. Fox has X-Men, distribution rights for Fantastic Four, and various other side characters. Universal has Incredible Hulk. And Disney-Marvel own everything else that we know and love as the proper MCU. Fingers crossed for the upcoming Fox/Disney deal that the X-Men and our favorite first family of superheroes can join the MCU. It's taken years to get this close and the deal could still fall apart scattering our heroes to the four winds. The last thing we need or want to ever see happen again is two different versions of Quicksilver in two movies in the same year. Woof. 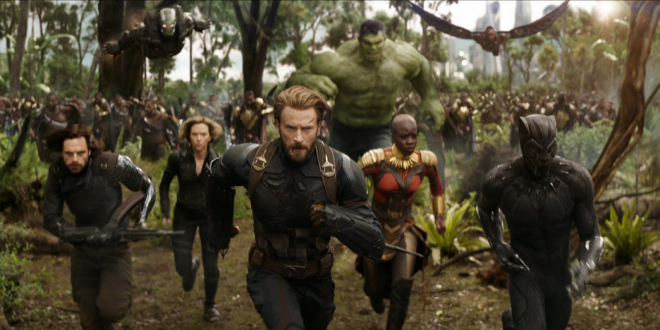 Sure, Black Panther set box office records left and right, Infinity War is already blowing pre-sale records and the MCU shows no signs of slowing down, but at what point does this whale of a franchise go belly up and drown? While fans (myself included) long for more of our favorite heroes to get some solid screen time, it'd be a lie not to admit that we may be getting too much of a good thing. As Marvel proper aims to release 2-3 movies a year, there's also the issue of competition from Warners' DCEU as well as other projects like the long in development Spawn reboot on top of all the seemingly never-ending barrage of television series. That is a lot of comic book overload! While Marvel does seem to be very judicious with their planning - one does have to worry about genre burnout especially as the bottom of the barrel characters become the only options left.

While we've been big fans of Marvel's output, we have to admit that it's been a bit of a rocky road. For every great decision, there's been Mickey Roarke talking to a parrot. No franchise is ever flawless and Marvel has had its fair share of ups and downs, we hope that they've learned from their past mistakes and can make up for some of these grievances with the future films already in the development pipeline. What do you think? Anything we missed? Sound off respectfully to others and their opinions in the comments below!