In our third round of interviews, we ask our favorite actors, writers, and filmmakers to share their favorite film scenes with us. It's one of our favorite questions to ask people, as each professional has different tastes. In the past, we asked Kevin Smith, John Turturro, Jim Rash, Nat Faxon, Will Forte, Keanu Reeves, Michael Pitt,  and Mike Cahill what their favorite scenes were, along with tons of other questions. You can check our previous rounds of questions by CLICKING HERE and CLICK HERE. Below are the next three interviews for your enjoyment. 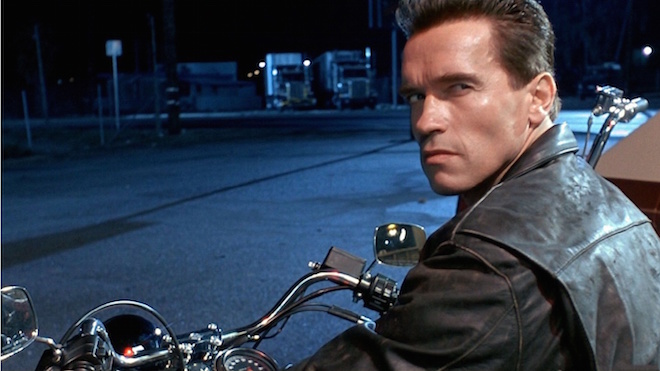 Like most of us, I grew up watching Arnold Schwarzenegger films, which I loved.  I would see every new Schwarzenegger film with my dad the day it came out.  It was a tradition.  From the 'Terminator' films to 'Predator', 'Twins', and all the way up to 'The 6th Day'.  Needless to say, Arnold and his characters have always been a part of my life.

Well I had the distinct pleasure of talking with him for a very small amount of time, due to his busy schedule.  That’s right. It was one on one between me and the Terminator.  I had so many questions prepared to ask him, but I asked him only one, before he was taken away to sign autographs for the masses and to take his next flight to the next city.  Being a complete lover of all aspects of film, and being a fan of pretty much every genre of film, I always like knowing people’s opinions about movies and the people who make movies. I especially like reading about directors, writers, and actors opinons on films they grew up with , which led me to ask Arnold, “What are some of your favorite films?”  His answer stunned me as he smiled and listed off his favorite films as well as some of his influences.

Start from the beginning for his favorite scenes, which are from 'Gone With The Wind', 'E.T.', all of the 'Rambo' films (ironically), and the John Wayne films. 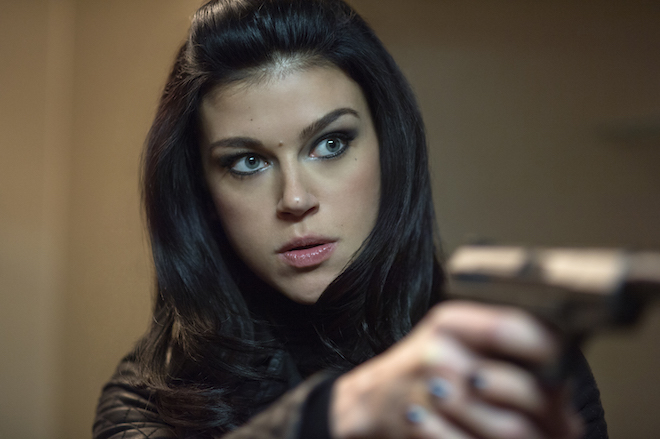 We had the distinct honor of talking with the amazing and beautiful actress Adrianne Palicki in Austin, TX at Fantastic Fest 2014. Palicki is most known for her role on the tv show 'Friday Night Lights' and starring in the film 'GI Joe'.  We discuss her fight scenes with Keanu Reeves, 'The Princess Bride', and her favorite scenes in film, which might surprise some of you. It was a pleasure to talk with her. Enjoy!

Skip to the 1:00 mark for her favorite scenes, which was basically 'The Princess Bride'. 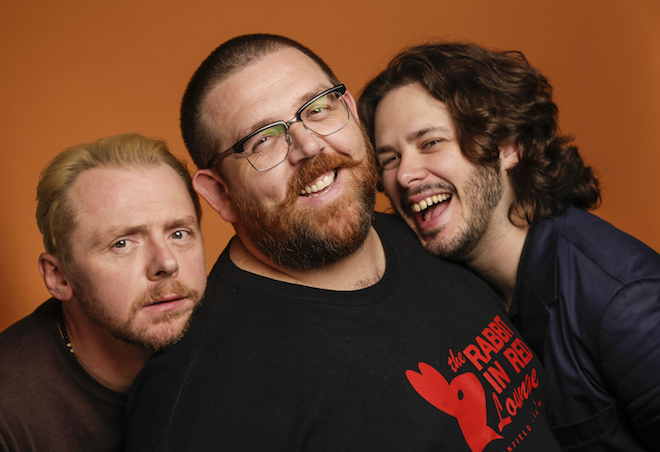 I had a great time sitting down with Edgar Wright, Nick Frost, and Simon Pegg a while back about the film. We geeked out on movies, wrestling, and all sorts of other cool things. They are so much fun to talk with and are huge movie fans. Enjoy the interview.

Skip to the 3:00 mark for their favorite scenes, which included 'Poltergeist', 'Raising Arizona', and 'Close Encounters of the Third Kind'.