Not sure how your month has been going thus far with regards to wallet fatique, but if ever there was a week for me to go overboard with purchases, this week certainly qualifies as being a very expensive week. For quantity of releases, we have not seen a week like this in years. Fortunately many of them are in the sub-$10 range, so you get a lot of bang for the buck. Welcome to Episode 18 of our weekly look at the highlights of the home video market.

This week offers a couple of 4K disc releases, available in different SKUs. Let's get to it. Stanley Kubrick fans are up first --- Full Metal Jacket debuts on 4K disc this week, as a standard ediion, a Best Buy SteelBook edition, and lastly as part of a three pack, Stanley Kubrick 3 Film Collection, which also includes 2001: A Space Odyssey and The Shining. It probably was hard to predict there would be a 3-movie collection, so most of us are likely going to get Full Metal Jacket this week as we already own the other two. And the other 4K disc title this week, Whiplash, available as a standard edition and as a Best Buy SteelBook edition. 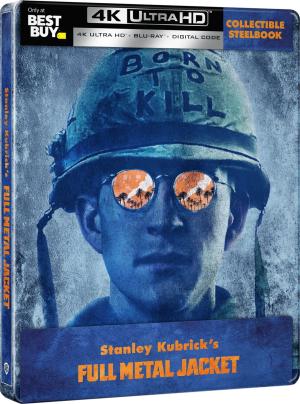 There are no Digital HD releases for this week.

As far as physical disc releases, Paramount dominates the listings with 40+ releases. It should be obvious they have acquired the distribution rights to Miramax titles, and oh boy, the flood gates have opened. On a positive note though, if you held off on some of them, the street price for a lot of them is around $10, considerably less than the $20-25 price they were selling for under previous distributorships. You also get to skip paying $80 in the secondary market for a catalog release, so this week could be considered a win:win. Just look for the (reissue) in the title names and you've found the Miramax releases (of course there's ALWAYS an exception, this week it's the Ghostbusters reissue.) Under the Paramont label that is new this week though, Most Wanted, another one of those movies that skipped the theaters due to the COVID pandemic, priced to sell. 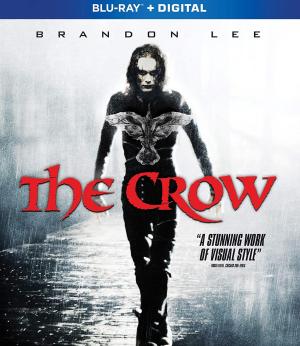 Criterion Collectors look for Christ Stopped at Eboli this week.

From Warner Bros, DC's Legends of Tomorrow: The Complete Fifth Season. I've not been following this series, but to see a fifth season tells me I should. Also from Warner, Rick and Morty: Season 4, available in a standard edition and a SteelBook release. 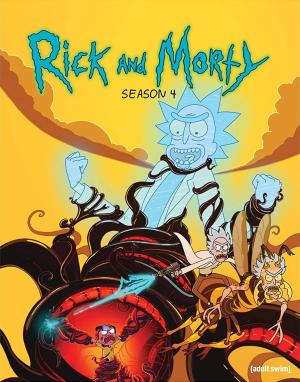 What's a week without anime in some shape or form? FUNimation brings us Dr. Stone: Season One, Part One. Also Part Two of Season One for the series Fairy gone. I seriously thought there would be a deluxe edition in here somewhere, it's FUNimation's style. Discotek's Jungle De Ikou comes out this week. Sentai brings us Wasteful Days of High School Girls: Complete Collection. And closing out the Anime highlights for the week, Shout Factory GKIDS brings us The Wind Rises. I seriously thought GKIDS had released all of the Studio Ghibli titles that Disney previously did already, did not look hard enough to realize this one was missed.

LionsGate is releasing Red Shoes and Seven Dwarfs on Blu-ray, a different take on the Snow White story. I got to mention this because those "Dove Approved" releases are hit and miss with Blu-ray releases. For a live action release, The Secret: Dare To Dream, probably another release that skipped the theaters due to current events. The plot sounds like one of those feel good movies. 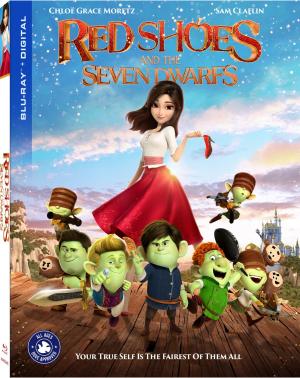 The reissued release of The Vincent Price Collection comes to you from Scream/Shout Factory, this one has had a delay or two as well. This one is a perfect example of how petty the home video market can be sometimes, this reissue had to revise its extras due to licensing rights. Like it's going to be a huge deal if a behind the scenes featurette or deleted scene is so sacred that a reissue cannot contain it. This release is still quite extensive so don't let the new package scare you away.

For Friday releases, this week is above average for that as well. There are five releases in the arts category, and three different versions of The Rolling Stones: Steel Wheels Live. 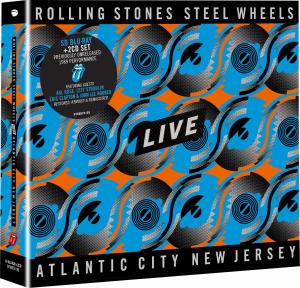 Warner Archive has announced that Space Ghost and Dino Boy: The Complete Series will hit retailers on October 13th. I don't ever recall "and Dino Boy" being in the title of the series, no matter, it's the same series many of us watched in our childhoods.

FUNimation has announced their December releases. I see a few maybes in there, but nothing really jumps out at me. Azur Lane and the next volume of Dr. STONE are on my list. Also, Akira is getting a 4K disc release on 12/22. Also the next two SteelBook releases of Dragon Ball Z are coming as well in December.

Another Studio Ghibli title I had thought was released by GKIDS/Shout Factory already, but not, From Up on Poppy Hill. OK, seriously, are all the Disney releases now out or announced from GKIDS?

When we had our forums running, there was a thread on HD DVD titles not yet released on Blu-ray, I think Popeye was on it, well, now it's got a street date of Dec 1.

Criterion has announced their December titles as well, and guess what, they're releasing another BD/HD title that was announced to get a 4K release overseas, I'm referring to Cronenberg's Crash (1996) which actually never made it to Blu-ray. Again, Criterion, please, why are you not offering 4K releases? Practically every studio on the planet except you are now offering these. The other titles announced for December are Amores Perros, Mouchette and Symbiopsychotaxiplasm: Two Takes by William Greaves.

Lastly on the announcements front, Vinegar Syndrome has announced its October slate, which are all due 10/27, which I must note, includes a 4K disc release, Dial Code Santa Claus.

Which titles are you buying this week? Which ones are on your wishlist, be it to buy as an impulse buy or to wait for the right price? I possibly have half of the Miramax titles on order, I never did get em back then. I will likely be picking up Full Metal Jacket 4K, just not sure of which release(leaning towards standard release.) Anime titles, the Dr. Stone, Fairy gone, Jungle De Ikou, KITE Liberator, Wasteful Days & The Wind Rises releases interest me, the latter is on order. Rick & Morty also could be an impulse buy, alas, which version? I like the SteelBook look better. Red Shoes & 7 Dwarfs could also be an impulse buy as well.