The last week of October 2020 is upon us, Halloween is this Saturday. As far as home video releases are concerned, I call it an 'in between' week. There are a handful of titles that might interest you, but there are no major releases this week. Welcome to episode 23 of our weekly look at what's coming out this week in the home video market.

The 4K disc front originally was going to start out with a UK import for Dawn of the Dead (1978). Unfortunately, that got pushed back into November because of production delays - but this gives you more time to pre-order! Remember that 4K discs are region-free and this is currently the only way to own all three versions of the film on 4K disc, and Second Sight has loaded this edition with extras!

Next, from Blue Underground, screen icon Delphine Seyrig's Daughters of Darkness debuts to 4K disc this week. And finally, in case you didn't buy the individual releases already, Rambo: The Complete SteelBook Collection. Am not a fan of the art style of the latest Rambo SteelBooks. 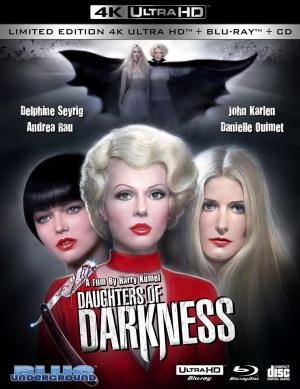 In a last minute annoucement, the digital release of Toys of Terror comes out this week from Warner Bros.

Abbott and Costello fans should be looking at Africa Screams this week. Read the review, buy the disc.

The gap in your Amityville collection will be filled this week, Vinegar Syndrome is releasing Amityville 4: The Evil Escapes, Amityville 5: It's About Time, Amityville 6: A New Generation and Amityville 7: Dollhouse. 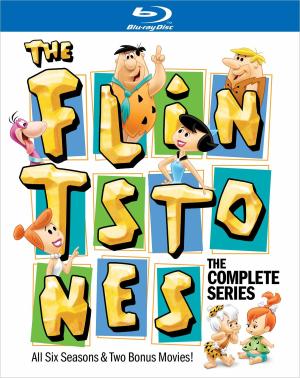 Criterion Collection's release of Parasite (2019) streets this week, but note that it is NOT a 4K release. It's still an extensive set so if you're a fan of the movie, check it out.

Kino Lorber has an assortment of titles this week. Highlights include Babylon Berlin, Seasons 1 & 2. Season 3 comes out in Novemeber. The trailers for this one are interesting. Clint Eastwood fan? This week is for you. High Plains Drifter has received the Kino treatment and it is deemed 'Highly Recommended' in our review, check it out. Also reviewed, Two Mules for Sister Sara. A lesser-appreciated Eastwood film, Joe Kidd also comes out this week.

Lionsgate's title of the week -- a comedy/drama titled Friendsgiving. 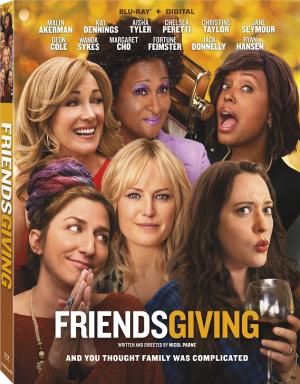 Previously delayed but now coming out this week, Arrow Video's release of The Last Starfighter. Am surprised they didn't make a 4K of this, but I would guess the available elements are not in good enough condition or it was determined there wouldn't be enough interest.

This week is a slightly above average for quantity of anime release, here's the highlights. Sentai brings us Akame ga Kill! Complete Series in a SteelBook package. Also, Is It Wrong to Try to Pick Up Girls in a Dungeon II in a Premium Ediiton. Get this one NOW if you intend to, volume I is listed upwards of $1,000 online from 3rd party sellers. 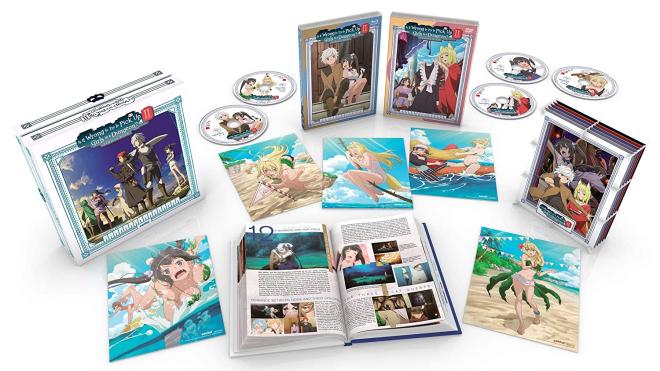 A week doesn't pass without at least a couple of announcements, which is a good thing. This past week has been pretty busy, but as far as major announcements, not so much.

On the Blu-ray front, a bunch of announcements, FUNimation's next wave, Discotek's next wave, Mill Creek's next wave, and Criterion has announced its January releases. For Criterion releases, and no, this is not the month they start releasing 4K titles, the titles are The Ascent, Three Films by Luis Buñuel, Minding the Gap and Rolling Thunder Revue: A Bob Dylan Story by Martin Scorsese. The FUNimation title I am probably waiting for is Demon Slayer: Kimetsu no Yaiba - Part Two.

Warner's got the second season of Doom Patrol up, Snowpiercer apparently got a spinoff TV show and Season One is up for order, and Toys of Terror on disc is coming January 19.

Which titles are you buying this week? Which ones are on your wishlist, be it to buy as an impulse buy or to wait for the right price? Nothing screams out to me this week but the wishlist is still extensive. Daughters of Darkness 4K, but not at the $53 price. Flintstones is a strong candidate too. The Amityville movies, Zombie 5, Babylon Berlin as well. The Clint Eastwood movies if I get an impulse or shop a Kino sale. Handful of the anime releases too, I like the look of the Is It Wrong To Try... set, the Akame ga Kill SteelBook, K Seven Stories, Stand My Heroes and Lupin 3 are on the radar. The Tom & Jerry special is a maybe as well, haven't seen any modern T & J releases.