Welcome to Episode 21 of our weekly look at what's coming this week in the home video market. Not much is going on that is newsworthy, so let's get right down to business.

There are no digital 4K releases this week. On the disc front though, there are two movies to mention. First, District 9, which I thought was a pretty peculiar movie, but feel that this would be worthy of an upgrade on my video wall. Available in a standard edition and as a Best Buy Exclusive SteelBook. Again, generally not a fan of cover art that is primarily RED in color, but this one is entirely appropriate to this movie (cover art shown is the standard edition). And the second title is Requiem for a Dream, which we have already reviewed, check out the review, buy the disc. 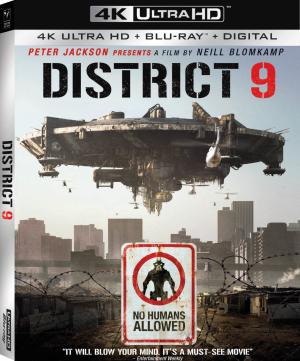 On the disc front however, it looks like an average week.

Criterion Collection releases Claudine this week. Personally never saw this film, but no doubt it will be 4+ stars across the board when we review it.

LionsGate's new release of The Doorman comes out this week.

Kino Lorber offers a multitude of titles, but the one I remember the most is DeepStar Six. This one came out about the time that The Abyss was released so it's easy to confuse the two. The latter we still await James Cameron to act upon with a Blu-ray or 4K release. 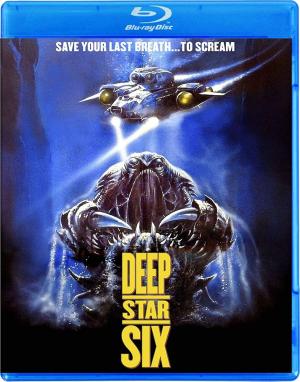 Sony Pictures has an average week, but the title I think they are pushing the most this week is El Camino: A Breaking Bad Movie. I might be in that 10 percentile of people that hasn't seen an episode of the series. If it means anything, I did bookmark it on Netflix.

RLJ Entertainment releases The American West: Season 1 this week. This show has potential, and according to IMDB the ratings are decent.

Shout Factory, under the Scream Factory label is finally releasing their Friday the 13th Collection Deluxe Edition. Although it is inevitable that perhaps the first movie will get a 4K release, this complete collection is a definitive way to own the complete set. 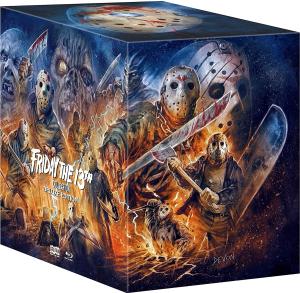 Previously delayed, but appears to be coming out finally, Arrow Video's release of Mallrats.

Warner Bros. releases the animated title Batman: Death in the Family. For some reason the 4K was never officially announced so we have moved it to the 'Postponed' column, and honestly, I was just getting into these animated DC 4K releases. 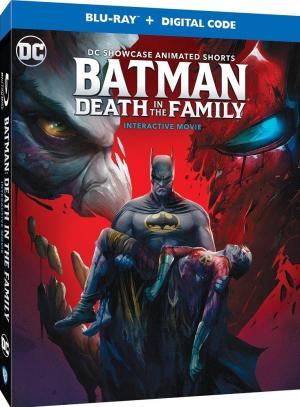 RWBY Volume 7 is being released by Warner Bros this week as well. Also on the Warner release front, Cats & Dogs 3 gets a general release this week, looks like it snuck out as a Walmart exclusive a month ago, which is becoming more commonplace with their non-major releases. Still Going strong, Vikings Season 6 Volume 1 streets this week. From the Warner Archive Collection, Space Ghost & Dino Boy: The Complete Series will be available. I remember watching this show years ago, something about it made me come back for more.

Elsewhere within the animated category, our weekly anime highlights are always present. Viz Video release Boruto: Naruto Next Generation Vol 7. FUNimation has two versions of ID: Invaded, a standard release edition and a Limited Edition. If you didn't buy the individual releases of Kakuriyo Bed & Breakfast for Spirits, it is now available as a Complete Series Set. Season Two of Kono Oto Tamare! Sounds of Life also debuts this week on Blu-ray.

There are two Friday releases this week, an arts release and a music/concert release.

As far as new release announcements are, the week has proven to be very dry.

But, I did mention last week to expect a 4K Lord of the Rings and The Hobbit trilogy announcement. Do read our news story here which indicates a December 1st street date and get your orders in today. In both trilogies I think I prefer the SteelBooks, but they are on the pricier side.

Disney has also announced a street date for The New Mutants, November 17th. Available as a Blu-ray, 4K Blu-ray and 4K SteelBook. This does not count as a true commitment on Disney's part of the 4K format -- as previously mentioned and covered, it is rumored that they have abandoned catalog titles with regards to the 4K disc format, James Cameron titles excluded, and this of course is a 2020 film.

Which titles are you buying this week? Which ones are on your wishlist, be it to buy as an impulse buy or to wait for the right price? For me, the Friday the 13th set has been on preorder as has Space Ghost. I will decide on which version of District 9 4K I want soon, and most likely will order DeepStar Six too. Wishlist items include American West Season 1, the Mill Creek 3-pack Diabolique/Incognito/In Crowd, Imaginary Crimes/Silent Fall, Kakuriyo B&B, The Pledge & RWBY Vol 7.