Although next week is Thanksgiving (USA), retailers across the world have dubbed the day after as Black Friday. This year seems different though, so many retailers are offering deals all month long, some of them are even dubbing it as Black November. Either way, it's a win for consumers, have you bought into any deals this month? Welcome to Episode 26 of our weekly look at the highlights of what's coming out in the home video market.

Delayed from a couple weeks ago, but on track for a release this week, as an import with a Monday street date, Dawn of the Dead (1978). Another noteable import, King of New York (1990) also releases Monday. At this time it is impossible to predict if U.S. releases will ever happen on either title. 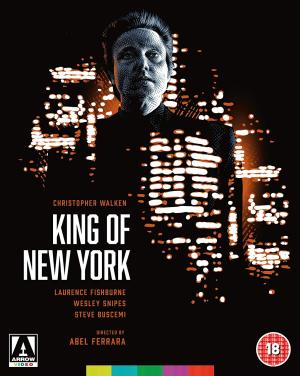 Domestic releases this week are a bit busy, The Croods,  It's a Wonderful Life in a SteelBook package, The New Mutants, as a standard edition and as a SteelBook release, Resident Evil Collection, Weathering With You (Collector's Edition) and lastly, Westworld: Season 3. If you want Westworld in a SteelBook, you need to wait until December 8th. 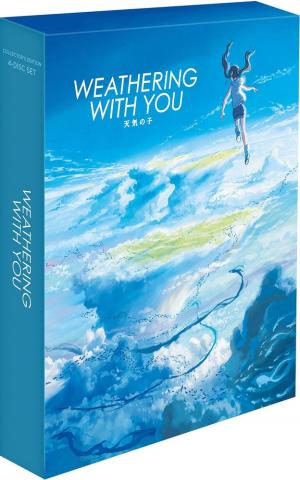 For a Friday release, this one falls in the Arts/Opera category, Verdi: IlTrovatore. Perhaps any of the Arts releases going to 4K is a huge positive, the Blu-ray releases are always in 1080i instead of 1080p, slightly annoying.

For Blu-ray discs this week, above average volume.

Sony brings us the 2020 Comedy/Romance The Broken Hearts Gallery this week. 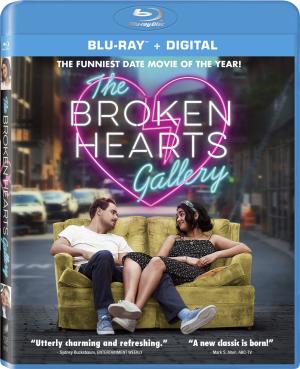 Just in time to save you $80, Arrow Video brings us Beyond the Door. Previous release is listed around the $100 range.

LionsGate's appearance in the weekly releases, this week they bring Death of Me.  Need some star power? How about Russell Crowe in Unhinged? Lastly, if you visit The Broken Hearts Gallery product page, Amazon will likely suggest this week's Words on Bathroom Walls as an add on purchase. 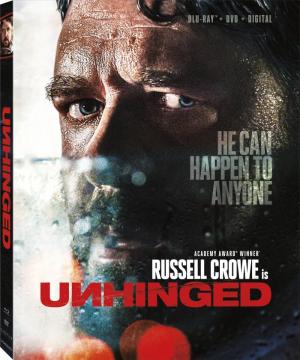 Warner Archive has an Alfred Hitchcock Collection this week, these 4 movies were previously available individually, to get them as a set meant importing them. If you need Westworld: Season Three on Blu-ray, it's available this week as well.

From The Criterion Collection this week, look for Ghost Dog: The Way of the Samurai as well as Moonstruck. The latter is getting favorable reviews, click the link, check out our review, buy the disc.

If you like the 1950 movie Rio Grande, you will be please to see it get an Olive Signature treatment this week.

The weekly dose of Anime includes a few gems. Apart from the abovementioned Weathering With You 4K, FUNimation has The Ancient Magus' Bride as a complete series instead of a split set. From Viz Video, what is touted as the 22nd Pokémon movie, which is really a CG remake of the first Pokémon movie from 21 years ago, this one is titled Pokémon: Mewtwo Strikes Back - Evolution. 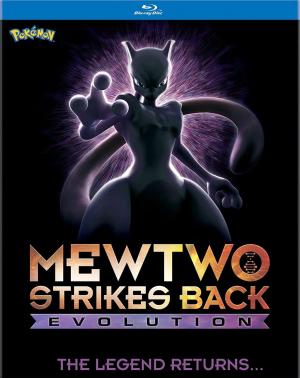 They might actually arrive this week!!! I am referring to Mill Creek's Hammer Films - Ultimate Collection and the Inner Sanctum Mysteries. I think these were delayed half a dozen times. I would guess disc replication delays were the culprit.

The New Mutants also arrives this week as a Blu-ray + Digital combo in case the 4K set is not for you.

If you've bought a fair share of TV Series complete collections the past few weeks, save room for Mission Impossible: The Original TV Series from Paramount. This one is huge and amounts to around $2 per disc, WOW!

For Friday releases this week, there's quite an assortment of music and arts titles.

Ummmm, Disney gave us zero notice about Mulan (2020) and Mulan (1998) coming to 4K disc, and leaked retailer links were quickly removed, only to find out that both these titles were coming on November 10th. Read the news story HERE. Disney's appearance of purposely trying to sabotage physical media is more than annoying. Sorry, but this guy is not buying into streaming for his only source of entertainment, it's still too unreliable and is not as good in quality as a disc. While on the subject, when was the last time you heard about a catalog title announcement from Disney / Fox, 4K or even Blu-ray? [Edit] Guess whose internet was down for 2.5 days after writing the draft of this story? I love telling the provider the problem is in their NOC, for them to schedule a service call any way, to find out the outage affects the entire area the next day.

Christopher Nolan's Tenet will be coming on December 15th to 4K disc. A Blu-ray is also announced. Hooray for another 4K disc, Booooooo for Nolan not embracing, or even allowing directional audio, so expect DTS-HD MA 5.1 on that one. Much like Lucas not leaving his films alone (tinkering) or Cameron releasing 25 iterations of Terminator 2, but zero HD or 4K versions of The Abyss or True Lies.

Criterion Collection's February 2021 titles will include Chop Shop, Man Push Cart, Mandabi, The Parallax View and Smooth Talk. I am not familiar with this batch of titles and looks like this month is not the month to announce Criterion's 4K adoption.

Which titles are you buying this week? Which ones are on your wishlist, be it to buy as an impulse buy or to wait for the right price? Pretty much all the 4K releases I want this week, minus the imports. For New Mutants, I prefer the standard edition cover art. I will probably get Moonstruck and Monstrum. Mission Impossible TV series was already ordered weeks ago. I think I will also give the Pokemon movie an order as well, when I had seen The First Movie, I thought it was well done, I hope the story itself wasn't changed much with the new one.