Summer is just a few weeks away from officially starting for the Northern Hemisphere and cabin fever is probably largely on our minds. Did you know that the earth's rotation around the sun is elliptical and that the point at which it passes the sun is actually on December 21st. That probably explains why Summers are more extreme down under. What do we do while the country tries to return to a normal state?  How about watch a movie from the comforts of your home! Some of us have pretty elaborate setups for this activity, while others not quite so much. The important thing is that we enjoy the show and take something away from the experience. If you can detach from reality for a couple of hours and enjoy a great movie, your stressors will be subdued and a more relaxed you can emerge. Episode 2 of our weekly release update follows.

In the delayed until further notice department, looks like Warner Bros. has delayed the 4K release for The Goonies, our current info shows the beginning of September, perhaps September 1st according to a major retailer that had that date posted, but then removed.

There are a few titles coming to 4K disc this week that are certainly worth your time. This week's biggest 4K disc release might be considered Parasite or Jaws, depends on your interests. Parasite, you've probably heard of it, and I am not referring to the well produced 3D release from 1982 that Kino has recently released. This one is a little more recent, it's from 2019, and it's won a couple of Academy Awards. It took the world by storm when it was shown, I personally had not seen it nor did I buy the Blu-ray as I was waiting for the inevitable 4K. Criterion is reportedly working on a special edition, but they have not touched the 4K disc market yet, so will it be 4K or HD? Also bear in mind though that it is a foreign language film so if subtitles are not your thing, you might be a little more excited about the next title listed here.

Universal Pictures is releasing what's dubbed as a 45th Anniversary Edition of a rather memorable movie, Jaws which is alse reviewed at the link. Even if you've never seen the movie, unless you've lived under a rock or you're just 8 years old, you certainly know its premise and you've most certainly heard part of the score of this movie. A lesser (at the time) director named Steven Spielberg was at the helm of this one, as well as a few other lesser knowns as well, Roy Scheider, Robert Shaw, Richard Dreyfuss. Anyone that has seen this film has got their own stories to share. Share them below in the comments if you'd like. The standard edition has a fair share of supplements, both on the disc as well as physical. If you prefer a SteelBook, Best Buy is offering that as well with the same street date.

Best Buy is also offering two other movies in a SteelBook package this week as well. Both these movies have already made it to 4K disc, but now you can get them as a SteelBook. They are Apollo 13 and Inception. Apollo 13 has just passed a milestone so it is quite appropriate to release this one. Before you ask and connect as to why there is a Universal and Warner reissue as a SteelBook in the same week, keep in mind that recently Universal and Warner has recently merged their home video distribution businesses. With physical media revenue on a decline, it makes sense to merge operations to save costs.

There are no Digital 4K releases for this week.

Although the 2K/HD field of releases for this week is quite extensive, in my opinion nothing stands out and screams major releases. But, there still are handful of notable releases that might merit a purchase. There are a handful of reissues for June 2nd, most of them are likely less expensive versions of existing releases, they appear to be void of the digital code and the DVD. They might not be less expensive than the previous releases as of this writing, but over time they will be.

Severin Films is bringing us a rather extensive box set of Al Adamson's films, dubbed Al Adamson: The Masterpiece Collection. This collection contains 31 films on 14 discs and is sure to delight the B-movie horror fans in your household.

Nearly a year later and Acorn Media is bringing Series 2 of the show Blood. Also with a Thursday release date, Detectorists, Series 2 and Series 3.

After a short delay, RLJ Entertainment is releasing Creepshow: Season 1 on disc. This is an all new series based on the movies we've all come to love near and dear. Also added to this week's mix is a SteelBook release of One Cut of the Dead, and there is an English dub to boot. It's one of those comedy/horror movies and piques my interest.

Not to be passed over, Shout! Factory has got several offerings this week. First, under their Shout Select label, Glengarry Glen Ross starring Al Pacino, Jack Lemmon, Alec Baldwin, Alan Arkin & Ed Harris, perhaps you've heard of them? The premise of the movie is relatively unique, and in a time where so many plots are copied over and over again, I am certainly interested in this one. Hopefully we will have a review of that one shortly. Another Shout release this week is the Russian film The Blackout: Invasion Earth. It does appear this release will have an English language dub as well, but whether it is 5.1 or 2.0 is unknown at this time, and this appears to be an edited international version, not the 153 minute cut. Honestly, the 153 minute version might be pretty tedious, longer is not always better. Under the Scream Factory label, expect to see Witches in the Woods, a story about a modern day witch hunt. Under their anime label, which does not show "GKIDS" this go round comes Sound! Euphonium: The Movie as well as Tokyo Godfathers, do check them both out if you're an anime fan.

Screen Media has an interesting release this week, the movie is titled Robert the Bruce and is a story, or say sequel to Braveheart, which follows the events afterwards and the fallacies of trying to win independence for Scotland.

Paramount Home Entertainment has a couple of items of interest this week. Urban Cowboy (40th Aniversary Edition) makes it way to Blu-ray. Interesting that this is not a Paramount Presents title, and wow, I did not realize that this movie has turned that old. How old does that make me? Ahem, moving on.... Also for those Trekkies that are always hungry for more, this title baffles me as to what it really is, but the title is called Star Trek: Short Treks. I can read the synopsis, but is this show just an edit of Discovery? Hopefully I didn't insult anyone by askig if it is 'just' an edit.

HBO Home Video via Warner Bros. will finally be releasing Watchmen: An HBO Limited Series to Blu-ray this week as well. It is another title that was reslated earlier in the year. If you fancy the SteelBook Edition, Best Buy has that to offer as well.

Best Buy is also offering a SteelBook of Flash Gordon, but unless you missed the announcement of StudioCanal's upcoming release which is a 4K deluxe release, and a 2K/BD release will be available too, you might want to hold off on this SteelBook offering.

Our friends as Kino Lorber have a handful of titles this week as well. Again, I will be honest with you, I am terrible when it comes to determining which of these are truly gems and which ones are very niche-like and have a limited audience. Their offerings for the week are: Beanpole, Let's Kill Uncle, The Queen, Tesnota, They Came From Beyond Space. I am familiar with some of William Castle's work, and he's the man behind the camera in Let's Kill Uncle.

Finally, what's a week without more Anime titles. The week is dominated by FUNimation releases, one Sentai Filmworks release, one Right Stuf release, and the aforementioned Shout/GKIDS releases. I am eyeballing Demon Lord, Retry! - The Complete Series as this appears to be that series' first appearance on Blu-ray in North America. Is it related to the Demon Lord Dante universe? Probably not, but the premise still interests me.

There are no digital HD releases for this week.

Universal Pictures has just announced the upcoming release of Spartacus (1960) coming to 4K Ultra HD Blu-ray. With a previous 4K remaster, this one was inevitable, and very exciting news for classic cinema of this nature! I have already got the Columbia Classics Volume I 4K collection on pre-order, which includes several great classics as well. Many of us might wish that the Columbia Classics set were broke up into individual releases, which might be inevitable in the future, but it is still a great collection for the price.

FUNimation has just announced their titles for August, including the next chapter in the Cardcaptor series, as well as the final season of the long running series Fairy Tail.

Second Sight has announced a 4K Ultra HD Blu-ray release for George Romero's cult classic Dawn of the Dead (1978) in a special limited "fat pack" edition. As of press time, there is no offical news of a U.S. release. As this is a 4K disc, there should be no concerns for region coding, but any enclosed Blu-ray discs might be of concern. Most of the Second Sight Blu-ray based movies I have imported in the past have been region free.

Which titles interest you this week? Which ones are on your wish list, whether to buy on a slow week or to wait for the right price before you pounce? 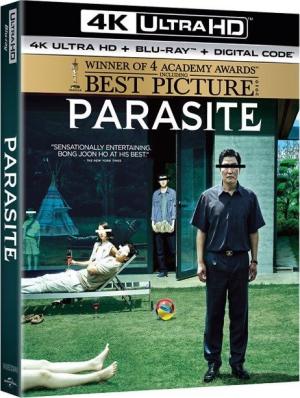 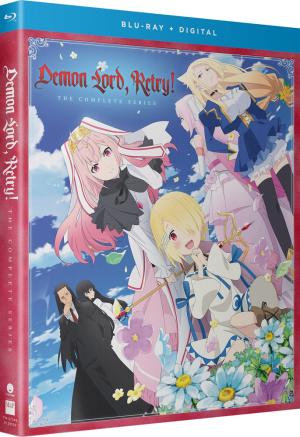 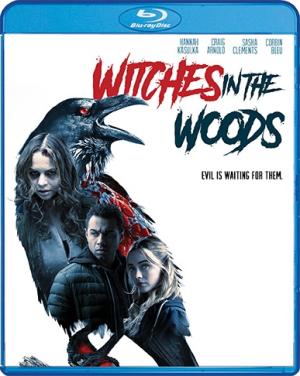 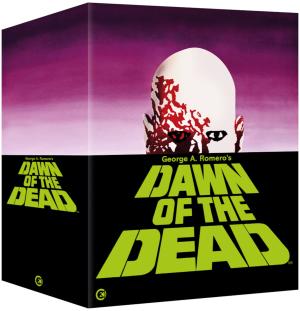