Where has the time gone? This week is last week of July, and for some of us, that means Summer will stick around for about another month. When I lived out West though, it was just another ordinary week, Summer never really ended until around the last week of November. Around Thanksgiving or so was when I could harvest the oranges from the tree in my front yard, assuming that the grackles didn't get to them.

Welcome to Episode 10 of our weekly Home Video Releases page, a wrap up of noteable releases for the week.

This week in 4K disc releases, just another reissue of the Best Buy Exclusive SteelBook for Wonder Woman (2017). No doubt another plug for the upcoming Wonder Woman movie, dubbed Wonder Woman 1984, or WW84 for short,  currently on schedule for an October 2nd release. You can read about it HERE.

There are no 4K digital releases scheduled for this week.

Kino Lorber has a handful of offerings this week. Many of them I do not recognize, but that does not detract from the great work they are doing. There are a few titles in the next few months from them I would like to own, and I eagerly await the release of Amazon Women on the Moon.

If you've ever wondered what the first on-screen adaptation of 20,000 Leagues Under the Sea looked like, they're releasing the very first version that I know of, from 1916. This of course would be a silent film, with music playing. Lorenzo's Oil also comes out this week, I do admire Nick Nolte, and this was a decent film in my book. A Joe Pesci movie also debuts on Blu-ray this week, The Public Eye. I like a lot of the movies he is in, and enjoy his potty mouth antics, can I expect more of the same on this one? Hopefully our staff does a review on this one. Another great 80's flick this week from Kino is The River.

This week's random title release, Samuel Goldwyn Films releases Mel Gibson's Apocalypto. This Disney/Touchstone owned title went out of print a long time ago and the prices went through the roof on the secondary market. This is the only film that I can think of that the dialog is in the Mayan language.

The Shout Factory label brings a few titles this week. I still have my laserdisc somewhere of Graveyard Shift. IMDB viewers didn't rate this one too high, but I remember enjoying it way back when. Roman Polanski's The Tenant gets released this week after a delay, as does Thirteen Ghosts, which also had an earlier street date that got pushed to this week.

Warner Bros brings us The Outsider: The First Season this week. I do not have HBO so I cannot attest to the strength of this series, many of their shows are worthy to watch, they're less likely to cancel a show without resolution or solid conclusion. Speaking of WW84, Warner is releasing the classic 70's TV series Wonder Woman on Blu-ray this week as well. This is a bit of a rarity as TV studios do not seem to release enough of their shows on high-def disc, hell, sometimes the DVDs they release are pixelated messes that look worse than an old VHS tape being played on a 75 inch screen. The audio on this series is slated as Dolby Digital Mono, which is what we got for the Batman TV series as well, and that sounded fine for what it was. Hopefully the bit rate will be a bit higher to compensate. If you're curious of the pixelate mess I refer to, try viewing this screen grab at full screen, you might have to save it to your computer first.

RLJ Entertainment is releasing James Cameron's Story of Science Fiction. Any time I see Cameron's name on another project, the question of True Lies and The Abyss always comes up. There's always finger pointing on where the hold up is, and with Disney acquiring Fox now, where does this leave those releases?

Sentai is releasing the Limited Edition to Revue Starlight. You've probably read these comments from me before, some of these Limited Edition anime box sets get priced into insane figures as the years go by. A $100 set could go as high as $1500. The trick is to figure out which ones.

There are a couple of off-Tuesday releases this week that I would not doubt are actual Tuesday releases, just that Amazon has it listed wrong. On Friday, Arrow is set to release Blood Hunger: The Films of José Larraz (Collector's Set). For a Wednesday release, Slave of the Cannibal God comes out from Code Red.

DELAYED TITLES - Flicker Alley's The City Without Jews has been pushed to August 25th.

A lone Digital release this week, Deep Blue Sea 3 which debuts in direct to video format. I never got around to watching the 2nd movie, is this one a desperate cash grab or is it any good? We shall see.

In the delayed category, Shout! Factory has announced that Event Horizon (Collector's Edition) has been delayed until January 5, 2021. Most likely related to COVID and production. Shout Factory has also announced that a 4K Collector's Edition of Weathering With You will be arriving two months after the blu-ray set, which will be November 17th. I certainly appreciate the forewarning, double-dips are a bit annoying, and this 4K set promises to have exclusive content.

Shout Factory though has also announced a 4K release for Weathering With You, but it will be streeting two months later than the HD release. That's OK with me, I was mildly interested in the title anyways

Paramount/CBS has announced Star Trek: Picard - Season One in a SteelBook package as well, and there is a street date of October 6th for both editions. I don't play the cut the $120 cable and then sign up for $120 in streaming services, CBS All Access might have a lot to offer but at some point I personally have to draw a line.

Warner Bros has released early details of a Bugs Bunny Collection coming to Blu-ray. Although I doubt we will see the "War Time Bugs" cartoon any time soon, this collection still promises to bring back a lot of great episodes. There has also been an announcement of the classic animated series The Flintstones too. Keep em coming Warner!

Paramount is bringing a handful of catalog titles on September 15th, these titles debuting on Blu-ray and with a price of under $10, I ask you, why not? Unless of course you loathe these titles, <g>. I myself might be in for Timeline as well as The Phantom. I did enjoy Private Parts back in the day, do I care enough about the Howard Stern story now in 2020? I have not heard any of his broadcasts on Sirius radio, I'm sure without the FCC rules his show is more amusing, I just have never had a desire to subscribe to radio.

Flash Gordon (UK Import) has been delayed a bit. Our own staff writer/editor Matthew Hartman has received a 4K proof copy from StudioCanal, and the review he has done on it shows it is certainly worthy of owning. I still have the 5-disc set on order from the UK, but I'm torn on canceling that and getting with the Collector's Set that Arrow is offering here domestically instead. Do read the article here.

Which titles are you buying this week? Which ones are on your wishlist, be it to buy as an impulse buy or to wait for the right price? Remember, we ask that you purchase your movies via our links, doing so allows us to continue to bring you news and reviews. We really do appreciate it. 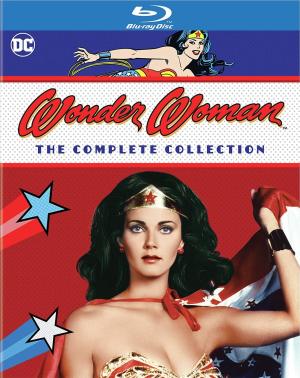 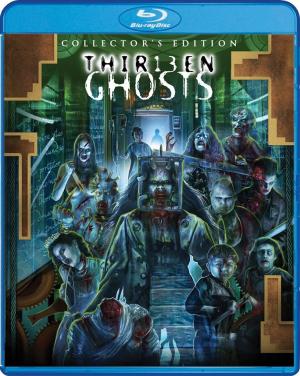 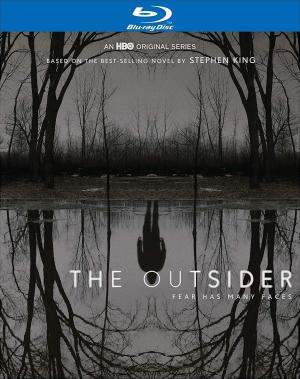