Rather hot weather for much of the U.S. coming into this week.

Participation poll: What is your home theater experience like? I like the room to be dark and comfortable (temperature and seating), as well as any background noise silenced, surround system at a decent volume. Even tick tick of a clock takes away from my personal experience.

Welcome to episode 9 of Home Video Releases. Lastly, remember if you purchase a title via one of our links, it helps this site continue to bring you news and reviews.

There are a couple of gems this week, read on...

This week there are several 4K disc releases available.

First in the new title category, Scoob! This movie was recently in the Premium Rental category, I did not expect to see it til at least September, but here it is, being released this week.

More recent movies being released this week, Midsommar is getting a 4K debut as an A24 shop exclusive, with a Monday street date. When you follow the link, it will default to the Blu-ray. It was announced just a week or so ago and the shop immediately said Sold Out, but does offer a sign up list as it will be replenished. Not sure why LionsGate chose not to release this as a 4K disc, but I'm sure they have got their reasons. Also this week, another LionsGate title, John Wick is getting a general release of the current trilogy. Before this, these movies were available individually, and as a Best Buy and a Walmart Exclusive. The way the third movie ended, you can bet they will continue to churn these out every couple of years.

For the catalog titles category, Spartacus debuts in the 4K disc format this week. Available in a standard edition and as a Best Buy Exclusive SteelBook release. Classic Cinema thus far has looked astonishingly fantastic in the 4K disc format, I look forward to this release.

For digital 4K releases this week, Scoob! is getting a same day release as the disc release. It is unusual for this to happen, usually they come 2 or 3 weeks earlier. Amazon's link appears to be unavailable for the 4K release, not a problem though, we've provided a link to Fandango Now. Remember that when you connect all your accounts across Movies Anywhere, your library will populate across every linked platform as well.

Paramount is bringing us Airplane! under its Paramount Presents label. This one is also available in a SteelBook too, although it is unclear if it is the same offering or not. Also on the Paramount Presents label this week, Ghost. Again, if Paramount is listening, I personally would be buying more of these releases if they were on an actual 4K disc. I like the premium offering idea, and thus far I've bought two of these releases, but I would buy more of these 4K remasters were offered on a 4K disc. I like collecting, and the spine numbers make me want to, but it's a hard sell when they could be 4K.

From the standard Paramount label and as promised in last week's article, the SteelBook release of Clueless hits stores this week.

This week there are a handful of Kino titles with some common themes. The Ali Baba theme, pirates and the era of WWII/Third Reich. Ali Baba theme,  Ali Baba and the Forty Thieves, Arabian Nights and Son of Ali Baba. For pirates, Against All Flags, Buccaneer's Girl, and lastly, World in His Arms. For the WWII era, Colonel Redl, Confidence and Mephisto,  Also, unrelated, but connected to the WWII theme, Shout Factory is releasing Resistance this week.

Warner Bros is bringing us Castle Rock Season Two. I personally am a bit disappointed as I bought the first season on 4K disc. I'm sure it was a careful business decision but still, I wish the 4K trend continued. Also from Warner Bros. this week, the Blu-ray release of Scoob! .

Midsommar is also getting a Deluxe Release on Blu-ray as well. Just follow the link in the 4K release section above.

Universal has a relatively lazy week, except for Spartacus 4K, their releases are reissues of already exiting titles.

Anime releases each week? Yeah, there are some. If you've been outpriced from the Patlabor Mobile Police series, it again is being offered this week from Sentai. Previous releases have seen the prices skyrocket. Million Arthur: The Complete Series is also out this week.

As for Friday releases this week, they are all in the arts category. I don't generally follow this genre too much. A Royal Ballet feature, two operas, a Plácido Domingo commemoration and an opera about the Orpheus and Eurydice. I had seen the Royal Ballet's Nutcracker a couple of years ago and thought it was one of the best renditions I had seen, it was a massive production with a lot of talent. Plácido Domingo's 50 years is an amazing feat, and Orpheus and Eurydice looks like it could be a huge show as well. If only the wallet was bottomless.

The title announcement machine is in full swing even though it is Summer (Summer is often slow for home video announcements.)

Shout Factory has a couple of SteelBooks that mike pique your interest. Pumpkinhead and Motel Hell. Both of these were done well from Shout previously. I've lost count how many times I've bought Pumpkinhead over the years in various formats. I would like to see all the cheesy sequels on Blu-ray someday as well, I think only number 2 and 3 are available. Shout's biggest title announcement is for their upcoming Friday the 13th Megaset, titled Friday the 13th Collection Deluxe Edition. It's quite an extensive set that I am most undoubtedly purchasing. If you've got concerns about an eventual 4K release, I will tell you the odds of 4K are really pretty slim. If they do release it, it will likely only be the first movie, don't forget we are talking about Paramount, a company that doesn't cherish their catalog titles as well as they should. You can also see our news story about Friday the 13th.

From Shout Select comes Adaptation.. This one was previously released by Image Entertainment.  For animated, under the Shout label (NOT GKids) expect to see The Wonderland coming as well. All of these titles are to be released in October.

Universal has slated The Alfred Hitchcock Classics - 4K Collection for September 8th. Details and specs have been added, expect to see an order link very soon. Universal looks to be releasing or reissuing a handful of titles in September, but perhaps their biggest reissues of note are the 10-Movie collections. They are: Blumhouse of Horrors: 10-Movie Collection, DreamWorks 10-Movie Collection, Focus Features 10-Movie Spotlight Collection & Illumination Presents: 10-Movie Collection.The 10-movie mega sets are obviously catered to people that don't already own these, and are offered in a nice compact package.

Sony Pictures is bringing 21 Jump Street and 22 Jump Street to 4K on September 15th. Order Links coming soon, one would expect the same SteelBooks at Best Buy as well, TBD.

Criterion Collection has announced its next batch which span September 29th - October. Honestly, I have no idea what any of these are, but every time I see a review of a Criterion title, the story is almost always rated 5/5 and the AV presentation top notch, and of course the extras are also something to talk about. The titles are Claudine, The Gunfighter, The Hit, Pierrot le fou (reissue) and lastly, the 2019 hit Parasite. I know I sound like a broken record, but correct me if I'm wrong, Parasite did get a 4K disc release, so why are we going an HD release again? I sure wish Criterion would hop on to the 4K disc bandwagon. By the time you read this, I will have gone to Barnes & Noble to see what I can get for the semi-annual Criterion Collection sale. I am looking for War of the Worlds, then anything else is impulse.

Slow week for me. I will likely pick up Scoob! in 4K at the local Walmart. I have Spartacus SteelBook on order at Best Buy. I might get the standard release as well, to leave the SteelBook intact. I am interested in the Misdommar 4K release, when the email comes in I have a decision to make. For regular HD Blu-ray discs, Castle Rock Season 2 maybe, and maybe the anime release of How clumsy you are Miss Ueno. If Airplane! were a 4K disc release I would also be all over that, but for the time being, it is on a wish list. 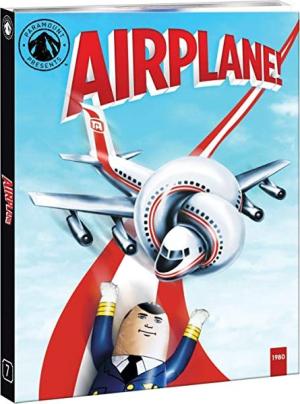 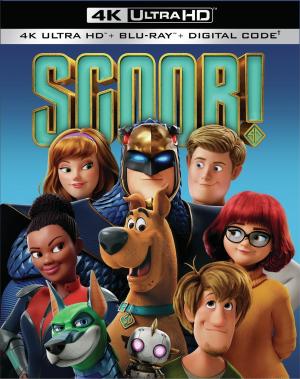 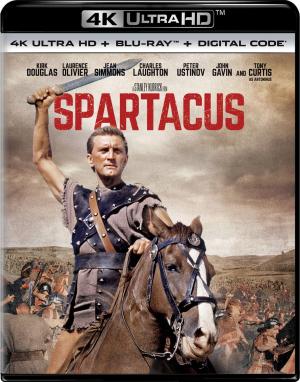 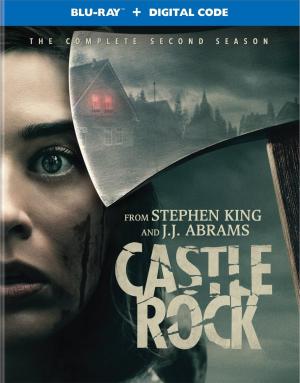