The first full week of August is upon us. I myself have got a very busy week ahead of me at work, so keeping up with movie releases is a bit of a challenge, but I still do manage my time and take a slice out of my day to update you on what's new this week. Welcome to Episode 11 of our featured Home Video releases article series.

Folowup on a previous discussion - my trip to Barnes & Noble was a BUST. I planned on picking up War of the Worlds and a couple of other titles. War of the Worlds was sold out and their selection of Blu-ray had shrunk considerably -- square footage was lost to DVDs. That alone angered me enough to leave. How many people nowadays do not had a hi-def TV? So why are we getting more exposure to low-def video? Blu-ray has been out long enough that there should be ample opportunity to make the prices comparable to what DVDs were. Why can't we do like they did in Japan, stop making DVDs? Fortunately Amazon had a price of $22.99 on that movie, so I bought it from them.

On the 4K disc front, if you've ordered the UK import of Flash Gordon, it has been delayed a week, as I mentioned towards the bottom of last week's article. The domestic release is still on track to be released on the 18th. I did preorder the import premium set, but I am still having second thoughts. It was a decent movie with a stellar soundtrack, but do I want to wait and get the domestic release? I don't want both, I usually watch extras just once, so is the Collector's Edition Arrow set the set for me? When I did preorder the import set, it was at a lower price, so the difference between the two is minimal, unless of course Amazon USA were to offer a one-day low price somewhere in there.

For actual substance in the 4K disc realm, we get a Best Buy exclusive SteelBook release of a movie that's already out, The Town. I once made the mistake of thinking this one was The Village. Oh Well, Shyamalan movies have always had a unique and confusing to me (sometimes) flair. It would appear that this one, as with a few other Warner Bros titles carries a lower retail price. Also this week, apparently it was delayed, the 4K Best Buy SteelBook for Inception.

There are no digital 4K titles slated for this week.

As far as physical disc HD (Blu-ray) releases this week, it is a rather slow week.

Kino Lorber is pushing forward on its "collections" releases. This week we see the Audie Murphy Collection, Carole Lombard Collection I & the Tony Curtis Collection. Thus far these 'collections' have been a good value.

The weekly obligatory fill of anime titles worth mentioning.... FUNimation has Astra: Lost in Space, which having not seen the series, I wonder if this is an anime take on the popular classic TV show Lost in Space, which also had a reboot series and movie. Those following the series Fairy Tail, Part 23, the Final Season is releasing this week. As far as I know, Part 24, coming in October is the final release of the series.

Sentai has Is It Wrong to Try to Pick Up Girls in a Dungeon? II Complete Collection coming this week. The first collection has a deluxe edition where third party sellers are asking for >$1000.00. Whoa.

Not sure if this merits a mention, but MPI media is releasing Coma, both as a standard disc and a SteelBook edition. Generally speaking a company will not offer two editions if the feature is terrible, but I guess it is possible.

Dispatches From Elsewhere Season 1 is brought to you by RLJ entertainment. I do not watch a lot of regular TV, this being an AMC series, was it a hit or not? Your thoughts?

Doctor Who fans looking to complete their classic series collections, the Tom Baker Season Three set comes out this week. I feel as though Doctor Who is much like music, being that, the music most people think is the best is generally and commonly the music they listened to during their teen years. I remember Tom Baker the most. Although I do follow some of the other doctors, Tom Baker is still my favorite.

HBO, via Warner Bros is releasing His Dark Materials: Season One this week. As I do not have HBO, I'm not sure what to think about it. This series is based on The Golden Compass lore, so I am pretty sure that unless they totally blow it, I will like it. I've seen two different covers for this one making two different domestic releases, oddly enough the edition withOUT the digital code costs $7 more. Zavvi had a SteelBook release for this one too, if they didn't want £10 for shipping, I probably would want it.  Why they rose shipping so high is beyond me, I highly doubt it was to package the movies better. Some of the assets available for this series are available in 4K, so I wonder if this is another decision to not release the set in 4K.

A Friday release this week titled Fantashmphony - previously delayed. We often take movie soundtracks for granted, but if you pay attention to the minute details, there is a lot of music and effects and without that, movies and TV shows are pretty bland. This disc covers many popular titles, and is worth checking out.

Perhaps the biggest announcement from last week is the 4K box set release of the Back to the Future trilogy. I've lost count how many times I have personally bought these movies. The original BTTF was gold when it came out, and it is one of those movies I have watched multiple multiple times. We have an article on this release, and there are multiple SKUs available to order. I usually opt for the SteelBook of any release, unless of course the cover art is hideous. This go round Best Buy is releasing a pretty classy set. They are releasing another Blu-ray editon of this as well, but like Matthew says in the article, most of us interested are going 4K on this. The original Back to the Future was also known as one of the first VHS tapes to have Macrovision employed. I guess I took it for granted, I had a Panasonic AG-1240 VHS machine, so when my circle of friends talked about how it was impossible to make a copy, it never clicked to me why they could not. Back then VHS tapes for $100+ for new releases, so it made sense to want to make a personal copy.

More details for Ghost in the Shell (1995) have emerged as well, along with a Best Buy Exclusive SteelBook, which in my opinion has a much better cover art than the standard release.

RLJ Entertainment contines to keep announcing Shudder Originals. The Pale Door might sound like a Western version of From Dust Til Dawn. It's got a cover art I rather like, hopefully the street date will be less than $20.

Sony and Best Buy have added a SteelBook option for the 4K release of District 9, I generally loathe cover arts with too much red, but this one is appropriate to the film.

Paramount has also added a couple of more catalog titles to their budget-friendly line (around $10 each.) Notably, Uncommon Valor is one of the title's they've added that I will most likely purchase. All of their movies in this line release on September 15th.

Sony has also added a couple of catalog titles for September release as well. Whether they're considered Sony MOD titles or Sony Pictures Classics, take your pick, either way they're limited run release titles that typically do not include a digital code. As fans of physical media, that should not bother us too much. If I'm vegging on my bed watching TV though, sometimes the digital stream is a convenience. These titles release on Septemebr 22nd.

Kino continues to build on their October release list. They have officially announced an October 27 release for High Plains Drifter. Those demanding 4K releases of some of these Western films should know that Kino had full intention of releasing them, but when they tried to do so, they determined the quality of the product was going to suffer based on the elements they had available to them. This does not write off a future 4K release, but for the time being, this is the best available.

Which titles are you buying this week? Which ones are on your wishlist, be it to buy as an impulse buy or to wait for the right price? I've got His Dark Materials (with digital) on order. As I do not currently own The Town in 4K, the SteelBook might merit a purchase. The Sentai release of Is It Wrong To Pick Up Girls in a Dungeon Volume 2 is a wish list item, I guess I missed the boat on the first set. There's a 0% chance I will get that for $1000. Of course my copy of Flash Gordon (4K Import) would have shipped this week as well, maybe it was meant to be to give me more time to ponder on the domestice release. 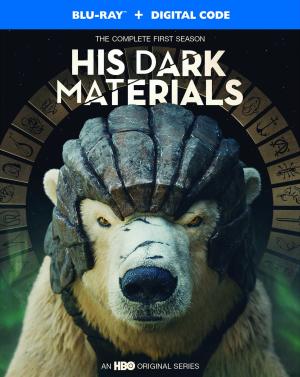 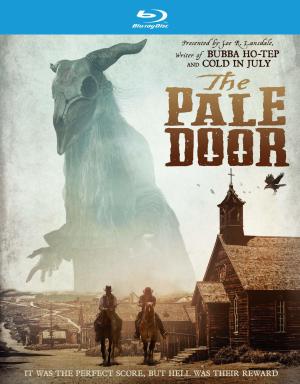 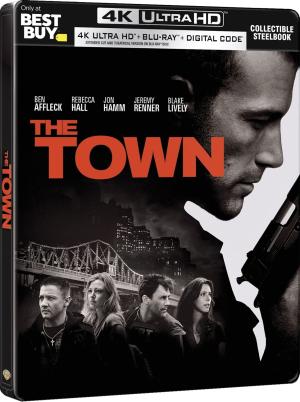 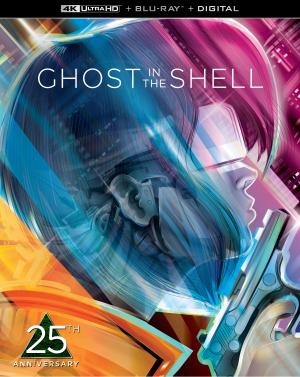