September is fast approaching, and for those in the Northern Hemisphere, Fall is just a month away. After a hot and humid week for much of the country this past week, Fall probably seems pretty appealing. My copy of Flash Gordon 4K (Arrow fat-pack) arrived Thursday, not too bad of a delay, I presume Matthew is still waiting for the 4K mega-pack from Amazon UK, which still reigns supreme of all the sets.

Welcome to Episode 14, our weekly look at the highlights of new releases, and news on recent announcements.

There are no digital 4K releases for this week.

For physical releases, Blue Underground is providing two Lucio Fulci titles this week. The House by the Cemetery and The New York Ripper. Both offerings appear to be loaded with features and the previous Blu-ray offerings were fantastic, so if you're fans of either, a purchase is merited! 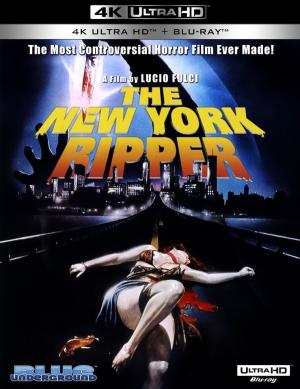 There are no digital HD title releases for this week. For disc releases, the quantity of titles streeting this week is quite large.

If you opt for this week's 4K titles, know that Severin Films has more Lucio Fulci, this being Aenigma, Demonia & a documentary about him titled Fulci For Fake.

Warner Bros. is offering a couple of titles this week, a general release of Deep Blue Sea 3 streets this week (just in case you missed it at Walmart this past month.) It's probably not a top notch movie, but I want to mention that the available assets for this movie are in 4K, but the home release is only 2K. I would suspect Germany would get a 4K release if anywhere, there are a ton of shark movies available there. Also from Warner, DC's The Flash: The Complete Sixth Season.

Followers of the TV series Endeavour can purchase season seven this week.

There are a handful of titles from Kino Lorber this week, no doubt some great classics, for which I have never seen, and our staff writer David Krauss will enamour us with some great reviews as the days and weeks pass. The title I do remember seeing from this week's batch is more recent, titled Hollywoodland. It's not a solid "A" title, but I liked it. 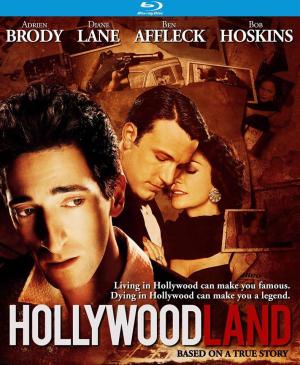 Just announced not long ago and streeting this week and considered a 'sleeper hit,' The King of Staten Island. The audio format is still unclear for this title, but I doubt it is Dolby Digital, let alone 2.0 as the sell sheets say.

For Anime titles, there are course plenty to pick from. Discotek Media releases titles once a month, and this week is the week for theirs, do have a look. You've seen me mentioning how Sentai Premium titles seem to be a good investment, this week they're offering Domestic Girlfrind: Complete Collection in such a package. Under the Shout Factory/GKIDS label, you can get the SteelBooks for Kiki's Delivery Service and Nausicaä of the Valley of the Wind this week. 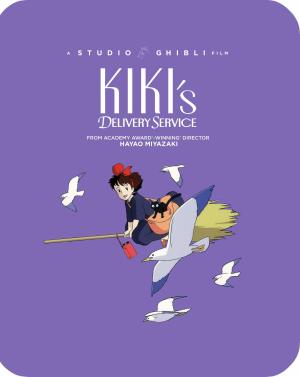 Also from Shout Factory this week, Tales From the Darkside: The Movie. Check out our review, buy the movie! Look this week for Universal Horror Collection: Volume 6 as well. A lot of those movies would be lost if it were not for the likes of companies like Shout Factory, Kino Lorber, Criterion, Severin, Vinegar Syndrome, etc. 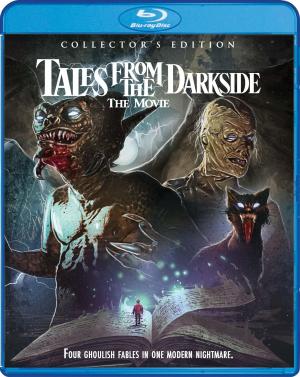 A Friday release that's probably worth your time, S&M2: Metallica and San Francisco Symphony. When the original S&M came out, it was quite a breakthrough. It's been done multiple times before, but every time I have seen a hard rock/metal band team up with an orchestra, it's quite a treat. How many of you remember Guns 'n Roses' November Rain music video?

Delayed: Arrow Video's The Comic has been pushed to September 8. Also from Arrow, another delay for Cinema Paradiso, both the Blu-ray and 4K Discs have been pushed back to November 24.

The Criterion release of Parasite has been delayed until October 27, which is a rairity for Criterion (to have a delayed title).

Warner Archive has finalized their titles for the next 6 weeks, they are Bad Education, Flying Leathernecks, Kentucky Kernels, Genesis II / Planet Earth (Double Feature), Prodigal Son: Season One & Young Sheldon: Season Three. There is also a reissue of the That's Entertainment collection coming out as well.

Kino Lorber's biggest announcement of the week is they're bringing us Mad Max (1979) on November 24th. Semi-exciting news, right? Okaaaayyy. What if I also told you that they're also bringing it to you in 4K with HDR10 and Dolby Vision HDR? Extras and other details are not known yet, but the 4K specific page is right here.

Criterion Collection has also announced their November titles. They include Essential Fellini, Ghost Dog: The Way of the Samurai, Girlfriends, The Irishman and lastly, Moonstruck. I had misspoken and said I only knew one of these titles. I should have said I had only *seen* one of these titles (Moonstruck) but I am familiar with The Irishman. And now for a little Criterion rant... one of the selling points of these titles is that they're from a 4K Remaster. With that being said, again, why are we not seeing these titles in a 4K disc release option. If anything, at least the ones that make sense to make a 4K disc. When The Elephant Man was restored and released overseas in 4K, Criterion announces said title, but not as a 4K disc release. The labor involved was already done so it was just a matter getting the proper rights to do so. I love Criterion's work, but come on folks, it's time to join the bandwagon. When I reached out to Shout Factory about Bill & Ted's Excellent Adventure getting a 4K disc in the UK, they responded that they did not have the rights to a 4K disc release in the USA, but they were certainly interested in pursuing such avenues.

Carrying over the same rant, the next Paramount Presents release has just been announced and is coming on October 20th, I'm referring to the 1999 release of The Haunting. Remastered in 4K is another selling point to this release, and maybe this film is not 4K disc worthy, but when there are not many releases from week to week of 4K discs, it might be worth taking a chance, viewers are hungry for more titles! Days of Thunder and Airplane! should have most certainly had Paramount Presents 4K disc releases, the former title had a 4K day and day release, but it was barebones and not Paramount Presents.

Which titles are you buying this week? Which ones are on your wishlist, be it to buy as an impulse buy or to wait for the right price? For me, I'm definitely interested in Tales From the Darkside and the Metallica S&M2 releases. The ole' wishlist, House By the Cemetery 4K, NY Ripper 4K, The Flash Season 6, Human Lost The Movie, Hollywoodland, Pet Girl Sakurasou and the Domestic Girlfriend Premium set. I already got Deep Blue Sea 3 from Walmart last month.