Welcome to Episode 13 in our series of weekly articles highlighting what's new and upcoming in the home video market.

This past week a fair amount of news has been coming out of the studios regarding business direction. The one that got me to most is that Disney is focusing more in its Disney + platform, and as a result, they will be slowing down or stopping altogether with live-action catalog titles coming to 4K disc. This fall we see Hocus Pocus and Home Alone getting 4K disc releases, but nothing else past that. I do encourage you to read the article at The Bits. I have already done my part and sent feedback to Disney. If you do so, remember to be respectful. How many people exactly do they need to devote to Disney+ development? How many people are needed to continue to produce discs? How does a $6 a month subscription service make more sense than $28-30 disc sale? Yeah, it's a numbers game, but still, of that $6 monthly fee, what is the cost involved? A $27 disc could result in $6+ in profit alone. An unnamed source at Disney has responded with an official, but rather flatulent statement, ""There are no plans to discontinue releases in a particular format. We evaluate each release on a case by case basis and pursue the best strategy to bring our content into consumer homes across platforms that meet a variety of demands.""  I personally believe the respondent did a great job NOT saying specifically what their 4K disc plans are, thus, talking out their behind, and just like that, their answer stinks.

Also, Warner Media has entered a restructuring phase and is currently laying off 600 people. What does this mean for physical media? Hopefully it's just a response to their deal with Universal to distribute discs, and nothing more. Do read that one too if you got a moment. Meanwhile Warner Bros has responded with "we're not going anywhere" which is a better response to any rumors.

Purchasing your favorite movies is the best way to show the studios that you are still out there and are hungry for more. This site has evolved over the years from being primarily physical disc, to now where digital options are being offered as well. Each format has its pros and cons so we are not here to tell you what you should do to build up your collection. Lastly, if you do make a purchase, please remember to do so from our product links, it also helps us continue to provide you news, title info and reviews even during these uneasy times.

Sorry to make the intro so long, but one last thing of importance. Sony Pictures Home Entertainment wants your input on the next batch of 4K releases, including Columbia Classics Volume 2.  Read our news story here.

As far as physical disc releases, this week, barring any last minute issues should be the week that Arrow Video releases the recently restored (by StudioCanal) presentation for Flash Gordon! Available as a standard movie release with minimal extras, and a Two-Disc 'fat pack' edition with an extra disc loaded with bonus material and some swag as well. I've opted for the latter as you probably have surmised. 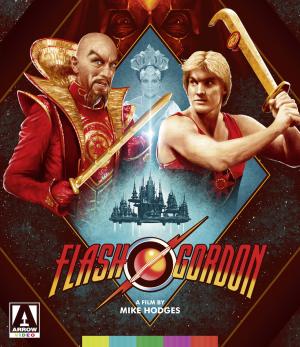 Just like last week, there are a bunch of physical titles coming out, here are some of the highlights. 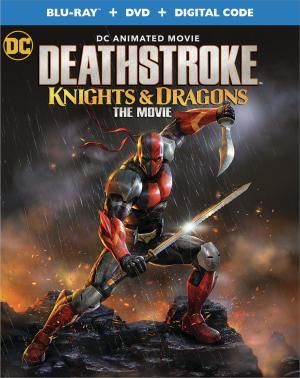 A Criterion Collection Fan? The Comfort of Strangers debuts this week, as well as Town Bloody Hall.

How many of you remember the movie Clara's Heart, starring Whoopi Goldberg? Warner Archive releases this title this week on Blu-ray.

In the anime category, there are of course multiple titles from several vendors. Beyond the Boundary - The Complete Series is getting a SteelBook release this week. Just like so many other Sentai releases, this one is likely to be priced quite high in the secondary market in a few years. Another SteelBook with a 2 month Best Buy exclusive window releases this week, Your Name. If you want to wait for the general Amazon release, that's your choice of course, but if you want it now, do click the provided link. 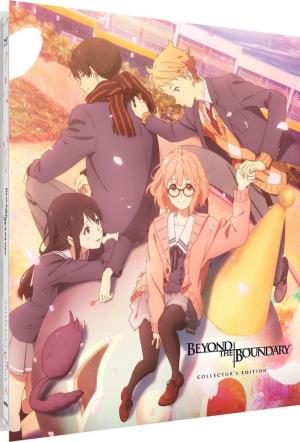 A Dog's Courage might be out this week. Another title that was delayed a time or three as well.

Arrow Video makes our headlines again, this time with the release of Flash Gordon (Restored Edition) as a standard edition Blu-ray set, and just like the 4K offering, a 'fat pack' 2-disc edition. Also this week from arrow, Gamera: The Complete Collection. Check out the details on this one, they've been recently updated, and I never knew there was so much Gamera! As mentioned last week, the Arrow release for Pitch Black 4K was pushed back to September, but the standard Blu-ray is still on schedule (allegedly.) 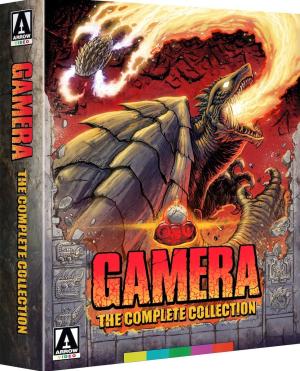 LionsGate is releasing AMC's The Terror: Infamy - Season Two this week on Blu-ray. Has AMC had an recent shows that are terrible? (Don't answer that) 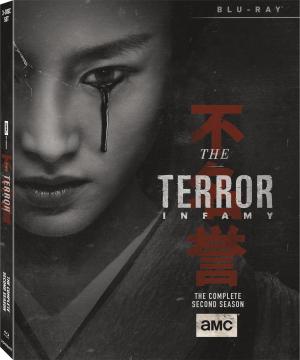 You will almost never see me plug a DVD release, my preferred format is Blu-ray, even if the show was never produced in HD, releasing SD on BD looks a lot better than SD on DVD, the codecs and bit rate look much better on Blu-ray. Any how, this week look for Pokémon Diamond and Pearl: Galactic Battles to be issued on DVD again. To those that have bought this series as it has progressed over the years, the sets got to be quite expensive. If you have a partial set, it's very very expensive to fill in the gaps. I have provided a Best Buy link as it would appear Amazon is not currently offering it for sale. I could certainly hope some day that Viz decides to release each season on Blu-ray in some form. I did buy the Indigo League (Season One) and season Twenty-One on Blu-ray.

Delayed: Code Red's Conquest has been delayed again, this time to September 29th. The last time it was delayed it actually disappeared altogether.

Day the World Ended has disappeared from pre-order pages and from Shout's own store site, but other sites seem to list it as November 10th. Usually they're (Shout) good at communicating such delays, but not so much this time.

Kino has revealed details and street date for DeepStar Six. October 13h is the date, and details are aplenty, just click on the link for more information.

Another 4K title was announced at the end of the week, V for Vendetta. The one provided at the link is the Amazon Exclusive Giftset, stay tuned for a standard edition and no doubt a Best Buy SteelBook. When I first viewed this movie, I did not know what to expect, but was pleasantly surprised by it.

Which titles are you buying this week? Which ones are on your wishlist, be it to buy as an impulse buy or to wait for the right price? I should expect a ship notice any day now for Flash Gordon 4K (Arrow) 'fat pack', Beyond the Boundary SteelBook has already shipped, Your Name SteelBook should ship by the time this article goes live.  I do need the Pokémon release mentioned above to fill in a gap, usually these reissue complete sets go for $30, perhaps this one is larger than most. I broke down and also ordered the Gamera Collection. Wishlist contains Ensemble Stars Part 1 and Open 24 Hours. The two DC Universe titles might be in my collection at some point - sometimes Best Buy has some crazy deals (that Amazon sometimes matches) so I am watching.