Welcome to Episode 12 of our weekly home video releases series. It's not a witty week for me so I am getting right on to business. In case you were wondering what I decided for my 4K purchase of Flash Gordon, I opted to cancel my UK order and get the Arrow Video release instead. I did opt for the 'fat pack' offering that includes the extra disc and swag. Another deciding factor was the new, considerably higher shipping rates Amazon UK is charging, currently £14.38 for just about any movie. If you order more than one item it appears to still stay the same cost however. Zavvi has also seemingly done the same thing with Shipping Rates.

For 4K offerings this week, if you have opted to import Flash Gordon, it should ship on Monday. Also shipping on the import release schedule is the 4K restoration of Bill & Ted's Excellent Adventure, also done by StudioCanal.

There is a single digital offering this week, The King of Staten Island.  The street date for this movie was just announced, the physical release will be available August 25. All resolutions are selling at the same price, which is boggling, 4K, 2K, SD, same price, say what?

Disc offerings this week are aplenty. Here's a run down of some of the highlights...

From Sony, followers of the TV show Blacklist can expect Season Seven this week.

Handful of offerings this week for anime, as there always is. Cardcaptor Sakura: Clear Card is getting a complete series set this week, instead of a split set that was previously offered. InuYasha Set 2 is coming out this week, Set 1 came out not too long ago.

SteelBook collectors might be insterested in Casper this week at Best Buy. It wasn't a horrible movie, but the only way I am going to buy it again is if it was a 4K release.

While Kino has got a handful of titles this week, the ones I remember the most from the 80's are Date With an Angel and The Quest, the latter having been in limbo for awhile, but is finally getting released. The trailer for Lucky Grandma is quite amusing, Kino releases this disc this week as well.

Shout Factory is releasing the previously delayed Phantom of the Opera (1962) this week. I'm used to the Robert Englund version, but just like so many other movies that have been remade multiple times, everyone has their favorite version.

Eureka - The Complete Series does appear to finally be coming out this week. I had this on preorder since the early announcement days, but it was delayed a time or two it seems. Mill Creek has been doing a so/so job on their TV releases. A lot of them would never see the light of day on Blu-ray so I'm thankful they're still releasing titles, I think their lacking is with video bit rates.

On the subject of TV shows, Warner Archive is releasing Final Space: The Complete First & Second season this week. Not a TV show, but back to movies, remember when John Travolta played the role of an angel? Michael debuts on Blu-ray this week.

This year's drama/romance The High Note comes out this week from UPHE.

Recent action movie I Am Vengenace: Retaliation comes out this week from LionsGate.

I've come to dig some of the IFC and Shudder films coming to disc lately, this week we see The Wretched coming from the IFC label.

Delayed: Pitch Black 4K was coming out next week, according to Amazon it's now September 1st. The Blu-ray is still on schedule, subject to change of course. I'm still waiting for the Flash Gordon delay even though it's due this next week. I did get an email from Amazon indicating an unknown delivery date, which to me translates to a delay. I guess when it gets here, it will get here, and I'm sure I will enjoy it.

Normally I do not make much mention of title reissues, but this is one of those exceptions. Towards then end of 2019 Paramount acquired a large stake in the Miramax company. The fruits of these labors is now coming to bear. Paramount has distribution rights to their home video releases, and come September 22, there are a bunch of reissue releases. This might not seem like a big deal, but a lot of their releases have been out of print for quite some time, the secondary market has been asking for upwards of $80 for some of the titles that are in the September release slate, and Paramount is asking a mere $14.99 MSRP for these titles. The title list includes Bad Santa, Bridget Jones's Diary, The Brothers Grimm, Children of the Corn Series: 4-Movie Collection, Dracula: Double Feature, Extract, Extract / The Switch (Double Feature), The Faculty, Finding Neverland, Jackie Brown, Hellraiser Series: 4-Movie Collection, Kevin Smith: 3-Movie Collection, Shall We Dance?, Sin City, Spy Kids: Triple Feature & The Switch. Do check these out under the release calandar, September 22. Previously both Disney and LionsGate had the rights to release their titles at various points in time.

For 4K announcements, Warner has announced 300 for October 6th, and Sony has announced the Resident Evil collection for November 3rd.

Naruto fans will probably look forward to Naruto Triple Feature - SteelBook Collector's Edition, which includes Ninja Clash in the Land of Snow / Legend of the Stone of Gelel / Guardians of the Crescent Moon Kingdom. This set is also available as a standard release.

RLJ Entertainment continues to announce its release titles, including multiple Shudder Originals, the one non-Shudder title that caught my attention though is The American West: Season 1. I've been waiting for this one actually, I thought it was a well produced show when it debuted. I do not watch much broadcast TV, so the current state of the show as best as I can tell is it is still being produced.

Arrow continues to add more titles to their October slate. The one I most recognize is The Last Starfighter. This could probably be a decent 4K release but it's not so much mainstream, so I would likely be happy with a standard 2K/BD release. Add the Arrow Video treatment, it should be a well produced disc. Still, I'd be open to a 4K disc.

The Last Kingdom: Season Four also has an announced date of October 6th. I thought the cover art for the UK releases were better for this series, I'm just saying! 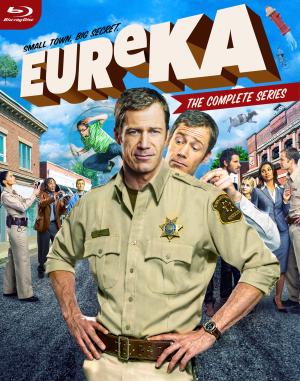 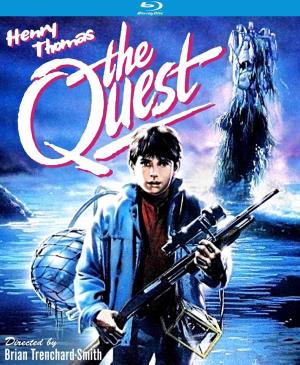 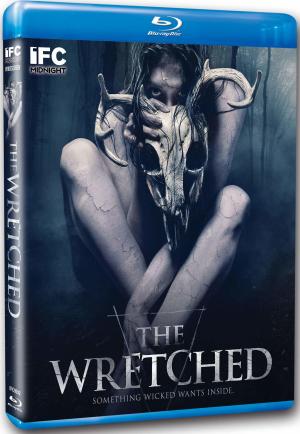 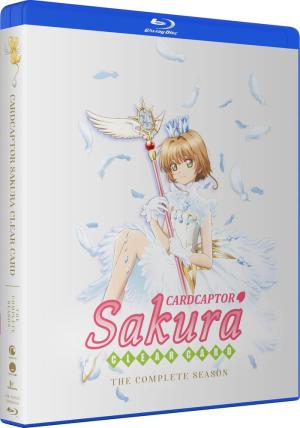