This week is one of those in-between weeks as far as entertainment releases. But there are a few decent titles to pick from, so do take a look. Welcome to Episode 48 of our Home Video Release Guides.

There are no 4K discs slated for this week

Alejandro Jodorowsky's Santa Sangre was originally slated for this week but now it is next week on Severin's website and May 18th elsewhere (including Amazon).

One of the slowest weeks in a long time for Blu-ray releases. I may not be a marketing genius but it seems as though a slow week would be more advantageous to release reissues as there are fewer titles to ponder when making a purchase. There are some titles in the calandar too that would take advantage of the Tuesday street date of 4 20, if you know what I mean. I've never touched the stuff but I know culture well enough to know. Even LionsGate has nothing for us this week, which is quite rare.

Warner Archive Collection has a couple of titles this week. First the musical Annie Get Your Gun. Next, look for a reissue of Chariots of Fire. Often times the reissues are semi-pointless as I have observed that the original Digibooks are still available at the same price, but not the case here. And not stopping there, Warner Archive brings us a reissue of the 1935 version of Mutiny on the Bounty. 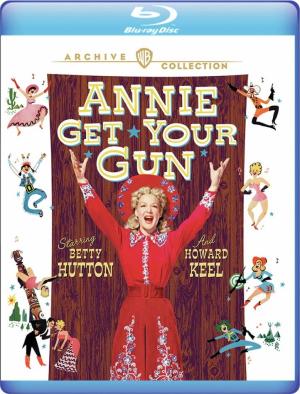 Criterion Collection has a pair of (non-4K) titles for us this week. First the Drama/Romance/Western The Furies starring well known actress Barbara Stanwyck. Also this week, Criterion brings us Bong Joon-ho's 2003 film Memories of Murder. 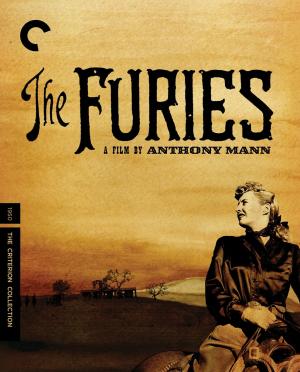 The next chapter of the animated films Space Dogs releases this week, this one's titled Space Dogs: Tropical Adventure. The first film was from Universal Pictures and this one is not, so I'm not entirely sure what's up with that.

Sony has announced the 4K disc release for In the Line of Fire starring Clint Eastwood. Expect to see it on June 15th.

LionsGate will be bringing us Chaos Walking both on 4K and Blu-ray on May 25th. This film was shot in 6.5K and a 4K DI was used for mastering, so it should look stunning.  I thought I had seen a 4K SteelBook for it in a Zavvi email, but may have been mistaken. Additionally, they will also bring us a movie titled Flashback on June 8th.

If you've been waiting for Criterion Collection to announce their first 4K disc release, keep on waiting as July will not be the month for that. But, they do have a rounded assortment of Blu-ray releases coming. The titles are Bringing Up Baby, Deep Cover, La Piscine (The Swimming Pool), Mirror and Working Girls.

Shout Factory has also announced their July Blu-ray slate as well and several of the titles have never been on commercial Blu-ray anywhere in the world.The titles include Brotherhood of the Wolf, Chamber of Horrors, Dark Spell, The Dead Zone, Eight Legged Freaks, Ernest & Célestine, Fire, Little Big League, The Night, No Man's Land, The Pianist and A Stranger Is Watching. The Pianist did make HD-DVD, but not Blu-ray domestically.

Which titles are you buying this week? Which ones are on your wishlist, be it to buy as an impulse buy or to wait for the right price? I'm down for all three 4K releases this week. Truthfully, I might take this week off on buying discs, nothing sticks out to me that I must buy. Annie Get Your Gun is a maybe.